Pass the Mic: In Conversation with Javier Dragustinovis, Curator of the Contemporary Art Museum of Tamaulipas

I was born in McAllen, Texas, and have lived in the Rio Grande Valley for most of my life. Yet, somehow, I don’t recall ever visiting Matamoros, Mexico, before attending the opening reception for Habitar Tierras Fronterizas at The Contemporary Art Museum of Tamaulipas (MACT). As a teenager in the mid-2000s, I regularly visited family in Mexico and often traveled across the border to Reynosa on weekends to take advantage of relaxed drinking laws. This was before the Mexican war on drugs escalated to the point of claiming more than 350,000 lives to date. However, even then, Matamoros had a reputation for being dangerous, in large part due to the sensationalized murder of American college student Mark Kilgore in 1989. 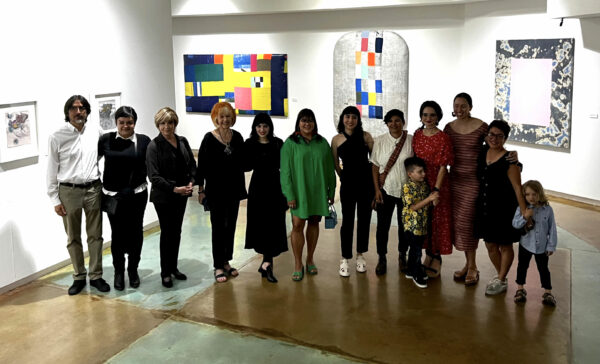 While the violence and corruption along the border is very real, recognizing that the drug trade is largely fueled by U.S. demand, and that the number of American gun-related deaths alone rivals the totals of the Mexican drug war during a similar period, helps to create a more nuanced perspective on the reality of the situation.

It is in the realm of this nuance that Habitar Tierras Fronterizas, roughly translating to “Inhabiting Borderlands,” exists. Featuring work by 14 female artists from the Rio Grande Valley, an area encompassing South Texas and the northern Mexican state of Tamaulipas, Habitar Tierras Fronterizas amplifies the region’s frequently marginalized voices. 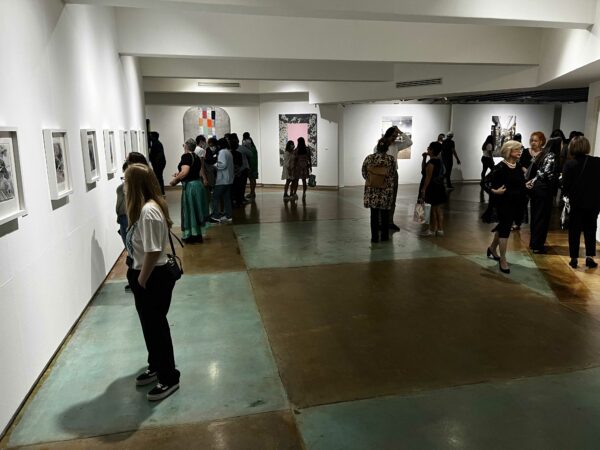 Speaking with MACT curator Javier Dragustinovis after the opening reception, I was pleasantly surprised to learn about a thriving community of artists, and found that challenging my initial apprehension toward visiting Matamoros was a rewarding experience. The following excerpts from my conversation with Dragustinovis have been translated from Spanish and edited for length and clarity.

Michael Flanagan (MF): Can you please provide some background on yourself and the museum?

Javier Dragustinovis (JD): Our space was founded in 2002 and is the only contemporary arts museum in the state [of Tamaulipas]. I am a visual artist and for a long time I have worked on cultural and journalistic projects that have allowed me to generate a dialogue with and to get to know other artists and see how they are working in Mexico, in Tamaulipas, and a little outside our country. I was initially invited by the museum to work in the areas of academics, workshops, courses and media. Later, they invited me to be the curator of the museum. 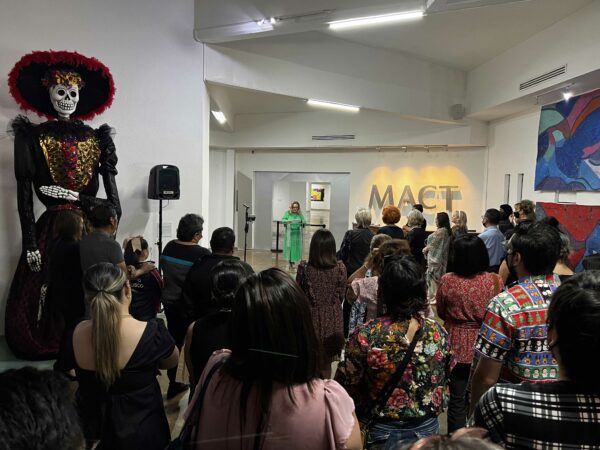 MF: We’re speaking on the heels of a well-received opening reception for Habitar Tierras Fronterizas. How do you feel about the culmination of your work on the project?

JD: I feel very good about the project. There are certain things I would have liked to do differently. For example, working with a female curator would have been ideal. However, the circumstances led to the fact that I developed the project here. That being said, the artists in the show, together with museum director Beatriz Loza, fostered a dialogue amongst themselves that helped to guide the development of the exhibition. The result has been one of the most transcendent projects hosted in this space. Although the museum has exhibited work by emerging and established national artists, I believe its central role is to give a voice to the artists of Tamaulipas and our common border with the U.S.

MF: What kind of themes emerged from the artists’ dialogue?

JD: I see a concern for the artists’ relationships with their environment. With geography, with territory. For example, Veronica Gaona’s work is exploring her transnational identity through issues of violence, labor, and space, which are often associated with migrants. Her pieces feature paper soaked in the Rio Bravo and a humidifier giving off vapor from water also taken from the Rio Bravo. It reflects this concern about the circumstance of our border, which is one of the most crossed in the world. 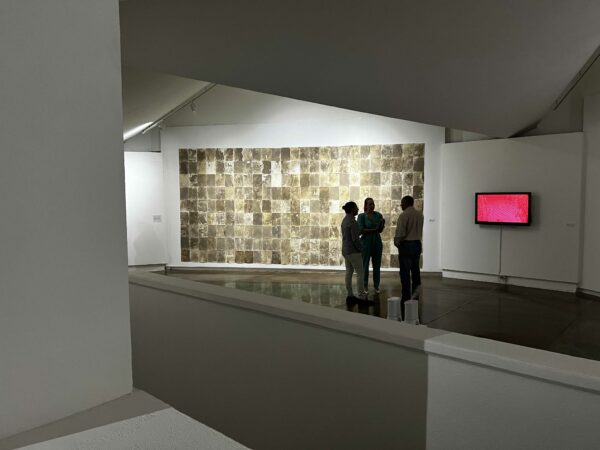 MF: Issues relating to the U.S./Mexico border are well known and widely discussed. In what ways can we relate them more broadly, in a scope beyond just that of the Rio Grande Valley?

JD: This problem is increasingly complex. The violence becomes more profound and there is a growing ecological risk. I don’t mean to sound pessimistic, but it does demand our attention. The issue of water is latent and can create a crisis at any moment. These are problems that are not just one-sided; pollution does not have borders. This exhibition reflects that concern, whether explicitly or through abstraction.

There are traces of the environments that these artists reflect — its violence, the ecological problems, and various other circumstances of tension that are experienced. It is only through dialogue and in confronting these realities that we can find a path forward. Art is one of the most important tools in helping to create these conversations. The artist as educator, for example, as someone who works with the community, not as much of the artist as the central figure, but who passes the microphone to others. I think that is another significant point of this exhibition. This idea of the artist as someone who gives their space to others and facilitates this discussion. 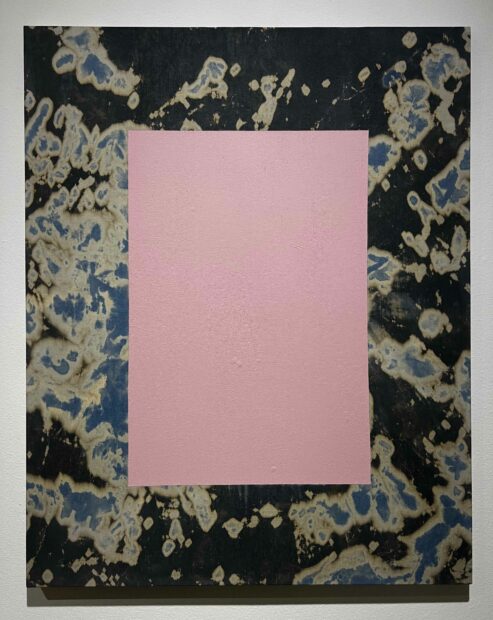 MF: A recent study found that works by women made up only 14 percent of exhibitions at 26 major American museums between 2008 and 2018. In curating a show comprised exclusively of female artists, the MACT finds itself in the position of providing a platform to a historically underrepresented artist group. Are there any themes in the show that speak to this issue?

JD: In fact, this is the first time that the museum has staged an exhibition that is solely made up of female artists. So that is significant. As you have already seen, the assembled works began to find these different points of dialogue. Reynosa-based artist Irma Nava makes work that addresses the stereotypes the patriarchy has established and managed with respect to women. One series in particular approaches this theme through the form of comic book art: the desirous woman, the aggressive woman, etc. Roles that the system apply across film, television, and social media. There are five such archetypes she confronts us with.

From across the border, in Brownsville, Nansi Guevara highlights the relationships women have among themselves. Mothers, sisters, friends, aunts and partners, and the ways in which they construct realties, economies, and other ties along the border. The work addresses anxiety and violence, and speaks to a strength in togetherness. 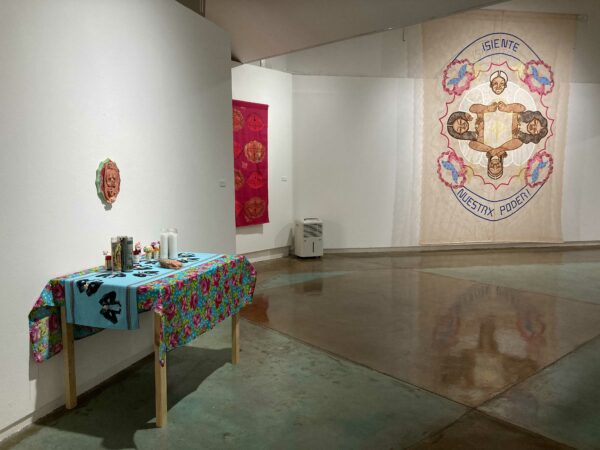 MF: What other kinds of projects can we expect from the museum moving forward?

JD: While the museum maintains a collection of significant works by artists, including Betsabeé Romero, Francis Alys and Daniel Guzmán, it is important to continue developing curatorial projects that focus on what the artists of the Rio Grande Valley, on both sides, are doing. Sometimes we only think of the Rio Grande Valley as Hidalgo Country to Cameron County in Texas, but we also have an area in Mexico from Matamoros to Nuevo Laredo that is worth looking at. We should provide a platform for expressions that approach reality from different angles. They can open us up to asking valuable questions, and I think that is the function of art. Exhibiting the work of these artists is significant because they are perpetually examining the complex nature of our environments, causing us to question ourselves and find viable paths forward.

Habitar Tierras Fronterizas is on view through Sunday, August 14, 2022 at the Contemporary Art Museum of Tamaulipas in Matamoros, Mexico.