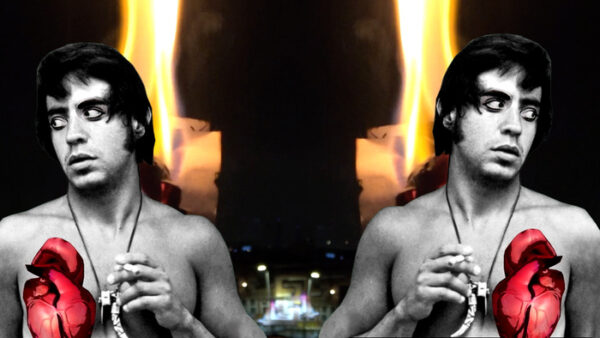 Still from Amber Bemak’s “100 Ways to Cross the Border”

Dallas’ Nasher Sculpture Center has announced the winners of its 2021 Nasher Artist Grants. The member- and patron-supported grant program is designed to provide support to North Texas artists and curators, and this year will go to five awardees: Amber Bemak, Xxavier Edward Carter, Inyang Essien, and Karla Garcia of Dallas, and Christian Cruz of Irving.

“This year’s awardees show a strong and imaginative commitment to raise the voices of their communities and to highlight the struggles of others through their artistic work, a labor that the jury found deeply important in this moment,” says Nasher Associate Curator Dr. Leigh Arnold, speaking on behalf of a selection committee that also included artists Jer’Lisa Devezin, Leslie Martinez, Shelby David Meier, and Matthew Ronay.

Each Nasher Artist Grant recipient will receive $2,000 that can be used toward equipment and materials, travel or research, studio space, or artist-run curatorial projects.

One of the projects to be funded by this year’s grant money is 100 Ways to Crash the Border, an experimental documentary about multimedia artist and activist Guillermo Gómez-Peña directed by Amber Bemak. “Interacting with Gómez-Peña’s performance art style and his critique of the ethnographic gaze, the film’s narrative explores my relationship as director of the film to Gómez-Peña,” Bemak says in a statement. “Together, Gómez-Peña and I use our filmmaking process to reveal the complexities between us, as two differently-embodied people in terms of race, gender, age, and ethnicity, playing with the borders between director/subject, camera/audience and the observer/the observed.” Bemak will use the grant money to finish post-production on the film.

Other projects to be funded by the 2021 Nasher Artist Grant include a quarterly arts magazine focused on race, gender, and class by Xxavier Edward Carter; venue rental for a series of performance installations by Christian Cruz that will explore “community healing, Chicanisma (Mexican American feminism), and futurism”; an interactive photo and video exhibition by Iyang Essien meditating on ethnomathematics and ethnocomputing (“the study of culture as it pertains to mathematics and computing”); and Garcia will build a stand-alone studio for her ceramics practice, which will make larger works and exhibitions possible, including an outdoor installation of her unfired clay sculptures sited in the desert near the US-Mexico border in El Paso.

For more on the grants, please go here. The next open call for Nasher Artist Grant applications will be summer 2022.