Always Square: An Afternoon With Yasuyo Maruyama and Suguru Hiraide 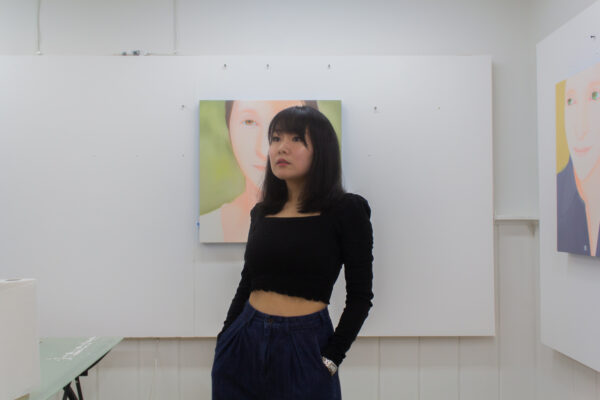 Yasuyo Maruyama in her studio in Wichita Falls

Mention the names of artists Yasuyo Maruyama or Suguru Hiraide to locals in Wichita Falls, and they’ll instantly know who you’re talking about. In this small city near the border of Oklahoma and Texas, people will say “Everyone knows each other here.” Yasuyo and Suguru are locals here, too.

Yasuyo and Suguru initially met in Tokyo in 2013. Soon after, a colleague of Suguru’s offered Yasuyo studio space at Midwestern State University, in Wichita Falls, as a residency. Her stay took place over two terms between 2014 and 2017. The two married in 2016, and Yasuyo has been permanently based in Texas since then. Suguru has been based in Wichita Falls since 2003, where he has taught sculpture and metals as a Professor of at Art at Midwestern State. Though they maintain separate practices, their work has been shown together in group exhibitions. Suguru’s established presence in the U.S. helped Yasuyo’s transition to Texas, and he often assists her with translation.

On my recent visit to Wichita Falls, the three of us converse in Yasuyo’s glowing white studio in the couple’s ranch-style house, among some of her paintings which are nearing completion.

What a leap, I think. When I think of Tokyo, I imagine square footage as a luxury. I imagine punctual commuters and vehicles, not moving quickly but always on the go. When I think of Wichita Falls, I think of brick roads and intersections with exposed streetcar rails, left alone for decades. I think of monumental clouds and sleepy gas stations. The difference in scenery seems profound to me. How does Yasuyo feel about living and working in middle America? 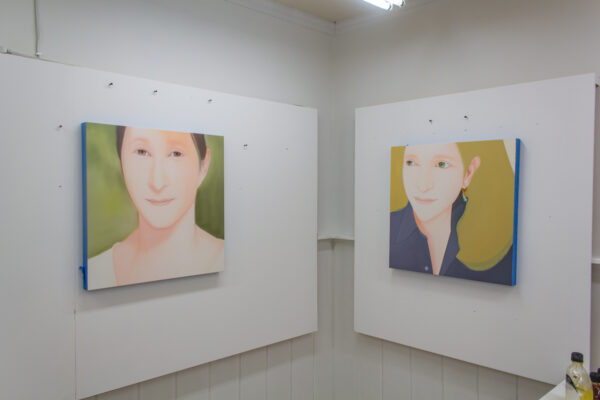 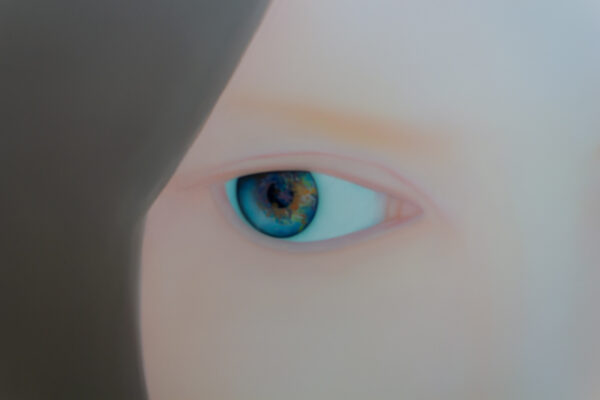 One answer is that this is not the artist’s first time living in the U.S. During her childhood in the early 1990s, her father’s career brought him stateside and the family moved to Ohio. She went to American school from kindergarten to third grade, and she jokes that her English actually used to be better than her Japanese. Her father had some trouble integrating, however; as a Japanese speaker, he required some accommodation to do his job, and it wasn’t always smooth. After a few years, they left Ohio and returned to the area surrounding Tokyo, where her parents still reside.

If you take in her portraits with some of this in mind, you may see that she is painting the people around her with the airy candor of quiet observation and familiarity. Lately, the people she paints are locals in Wichita Falls.

Even as they are in process, Yasuyo’s faces are recognizable. The edges are not yet sealed up with the crisp treatment she applies in oil. The portraits follow much the same path as her show last fall with Ro2’s downtown gallery in Dallas. Yasuyo is also represented by three galleries in Tokyo. 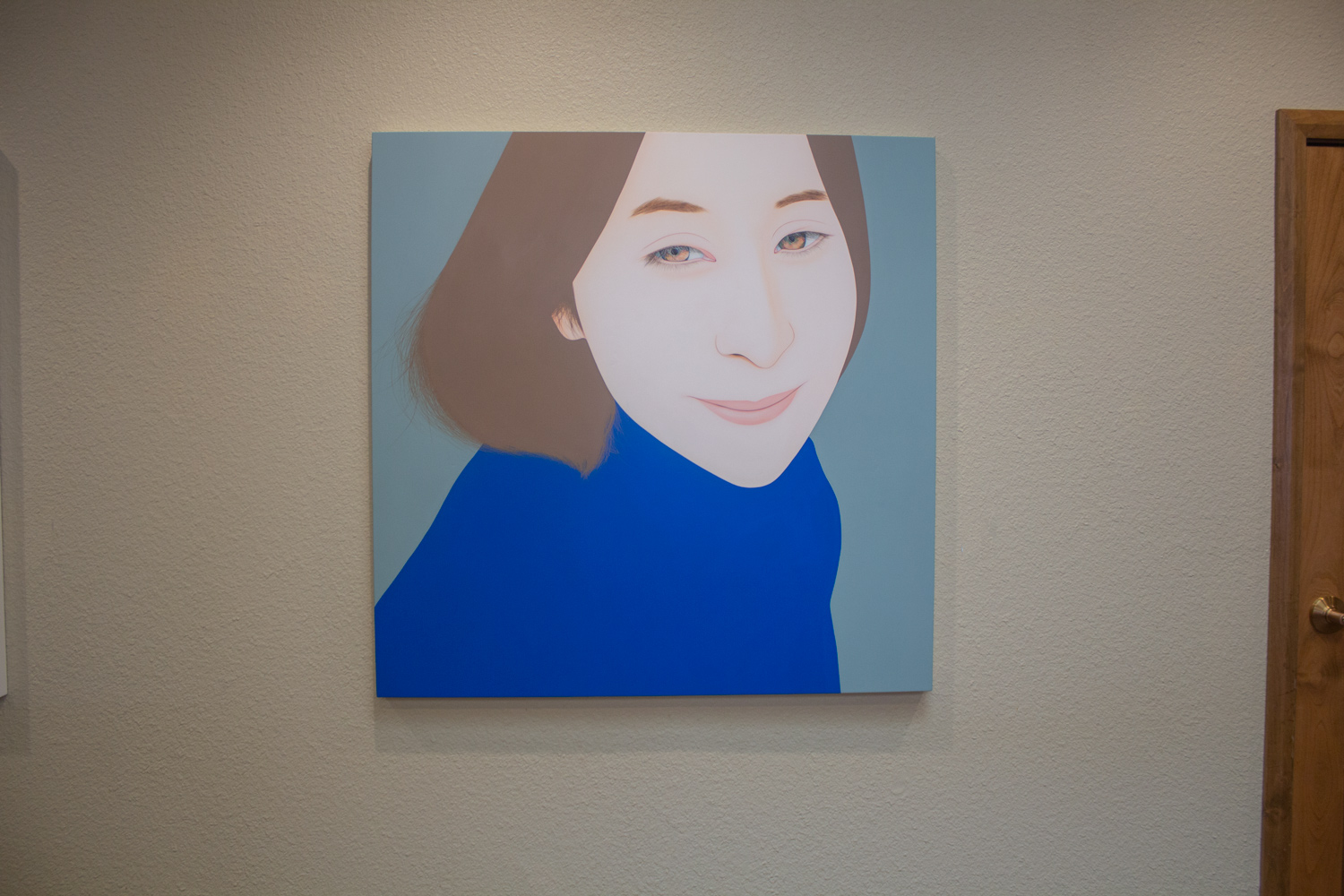 Yasuyo Maruyama on view at the Wichita Falls Woman’s Forum 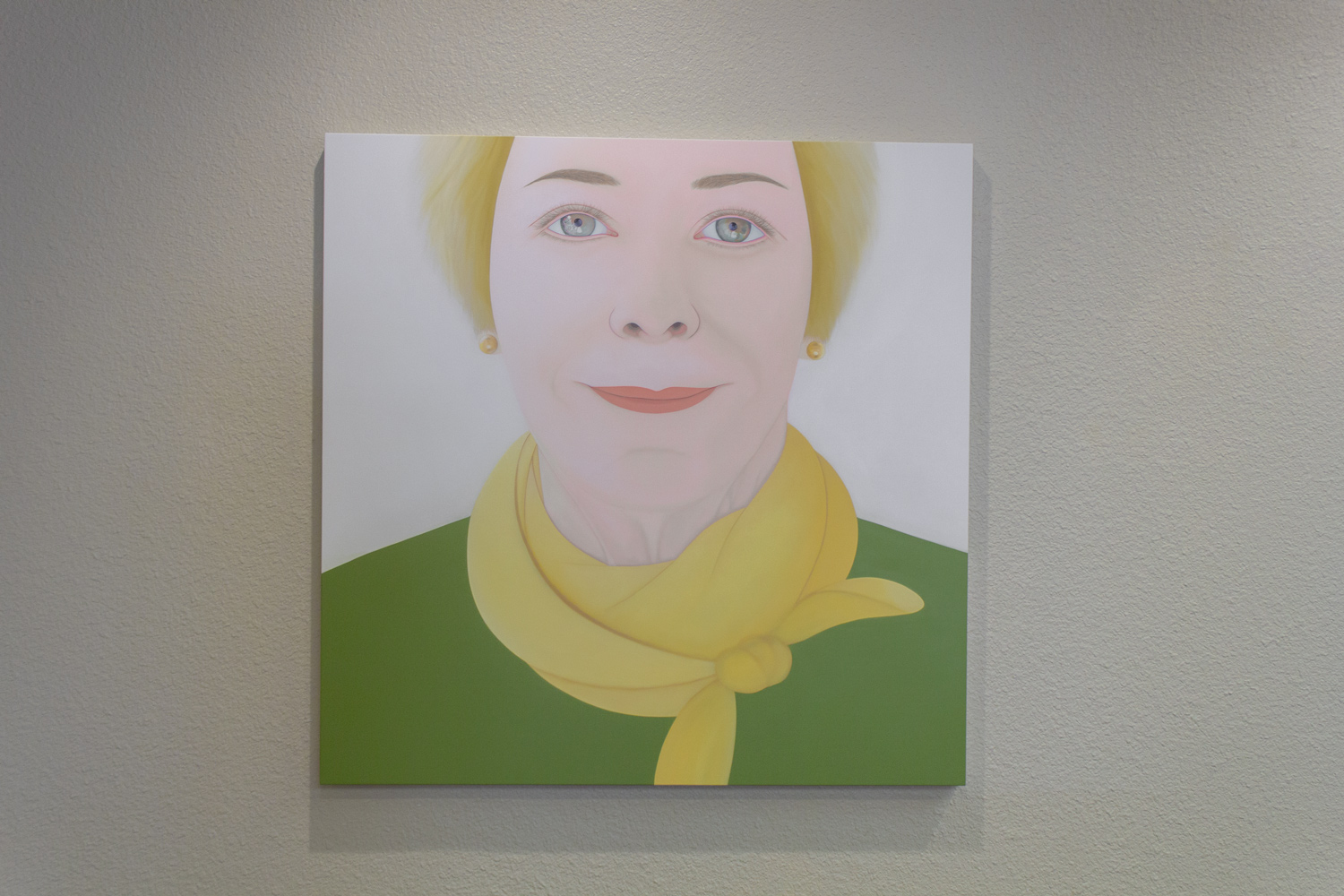 A portrait of Martha Fain, on view at the Wichita Falls Woman’s Forum

The paintings are a decisive format. Why so square? When Yasuyo photographs her models, she points her camera into the spark that inspires her to paint. Suguru confirms that Yasuyo tends to move her camera very close to the model’s face. She interviews her models in the process; she asks about things like hobbies and color preferences.

“When I talk to the person, I’m always watching here,” she says as she pantomimes around her face, marking corners in the air with her index fingers. Her gaze doesn’t move above the forehead.

I ask her about how she feels that her square format has been standardized by Instagram, and Suguru chimes in: “She’s been doing this since before Instagram.” Yasuyo says brightly, “I think I started this series [in] 2005.” She digs up Japanese press on her and her work; the range reflects the artist’s career. The clippings begin with art catalogs that pair artist profiles with ads for materials like markers and paintbrushes, and shift into publications that review contemporary Japanese art.

Yasuyo’s show at the Wichita Falls Women’s Forum, which is a social club on Speedway Avenue, opened on May 25 and was still up during my visit. Featuring an intergenerational set of faces, there are locals in these paintings, including another Japanese expat, and also Martha Fain, a member of the family that founded the art school at Midwestern State University. Yasuyo produced all the work in the Woman’s Forum show between 2020 and 2021, which makes the isolation of last year seem almost like a figment. 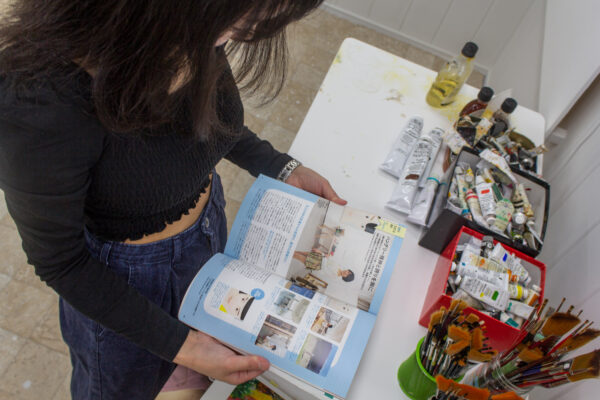 Yasuyo and Suguru do get homesick for Japan at times. Though there’s a small Asian market in town, they have a portable refrigerator which they power via automobile when making treks to Plano to shop at Mitsuwa Marketplace and H Mart. Dallas and Houston are other stops they make regularly to see exhibitions and meet with gallerists. An upcoming two-person show in Japan, rescheduled for 2022, will bring their work together for the first time there, but travel regulations are still shifting.

If you find yourself in Wichita Falls, stop by the Woman’s Forum to see Yasuyo’s portraits, and the Kemp Center for the Arts to see outdoor sculpture by Suguru. Or simply ask a local if they can point you to the two artists who came all this way to make art in Texas. 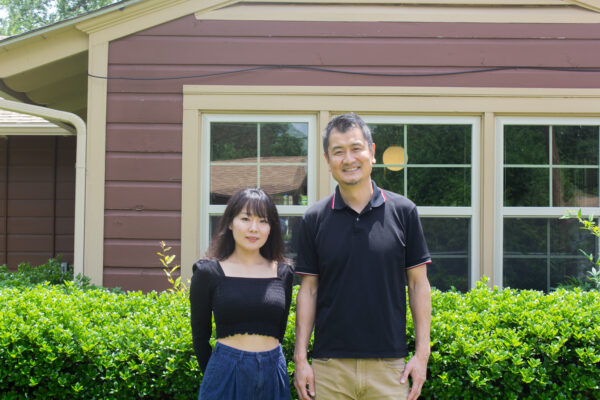 Always so cool to learn about surprising artists who are producing work outside the high-traffic urban areas. Nice article. Thanks Glasstire.