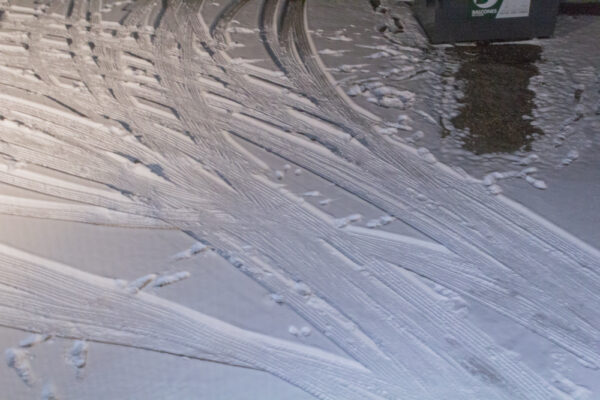 A moment from Winter Storm Uri in Dallas

One thing to know about the United States is that we are operating at full capacity with aging or bad infrastructure, and any interruption has major consequences. Winter storm Uri perfectly articulated the failings of our state systems, including electricity, water, and heat. Grid operators make wide-reaching decisions based on timing to accommodate the relationship between supply and demand, and the winter storm presented a historic challenge. Those in charge may have averted a permanent breakdown of the energy facilities we rely on, but in doing so, millions of people spent days in their homes, waiting for the lights to come on while they suffered below-freezing temperatures. Time was administrated by one organizing body to manage outcomes for the public. No available option was optimal, but in the event, something had to be done. Though the weeks following the storm have brought balmy weather that allows for some convenient climate amnesia, executive decisions made in relation to timing remains in the public conscious.

As March continues, I’ve contemplated contemporary art and current events from the past month with consideration to timing. 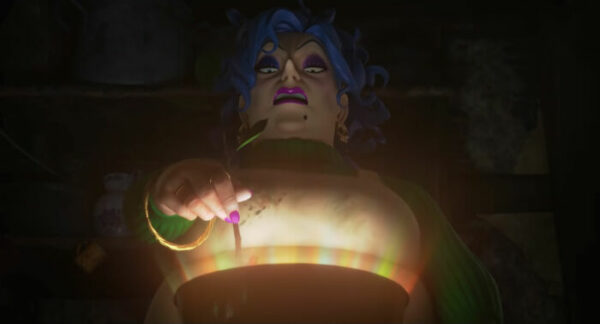 The movie Earwig and the Witch (2020), directed by Hayao Miyazaki’s son, Goro Miyazaki, has been criticized for its plastic characters, blasé style and the lack of a plot, i.e., not like his father’s genius storybook pictures, which share source material from the same authors.

Some of those criticisms are true. There’s no plot to speak of, and so the tension that narrative film relies on to keep audience attention isn’t there. Some scenes are oriented around a gag or a visual punchline, but these don’t contribute to the film beyond their moments. In one scene, Earwig, the titular child protagonist (a staple of Ghibli’s films is the bildungsroman source material), sneaks her way into a hellscape, which is pretty fun.

Though Earwig isn’t a rewarding watch, seeing a single frame from the film would trigger all the exciting responses that a typical Ghibli film does for so many movie lovers. Highly expressive faces, rustic background design, and overbearing matrons are features of these types of movies. These tropes don’t make Earwig as pleasurable as the landmarks of the Miyazaki canon, but it necessitates comparison.

When the more senior Miyazaki’s Spirited Away received American release in 2002, it was lauded as a very good film, start to finish. The nuances of Japanese demon-lore (almost none of which has a Western equivalent) was not described as being esoteric or poorly explained. Yubaba’s oversized head in comparison to all other hominid characters wasn’t commented on as a befuddling inconsistency in design. The unspoken rules of the spirit world that Chihiro bravely travels weren’t critiqued as being arbitrary or confusing. The film was simply enjoyed as a visionary work that speaks to multitudes of audiences, and it is still enjoyed as a modern classic.

The difference between Earwig and Spirited Away could be deemed structural, but the difference in reception may also elucidate a condition that audiences inhabit almost 20 years after Hayao’s work won Western acclaim. Perhaps audiences of anime have matured, and are looking for an increasingly sophisticated experience from their movies. Perhaps Goro needs a longer runway than Hayao does to execute something impactful.

Or, perhaps, it just wasn’t the right time for his movie. 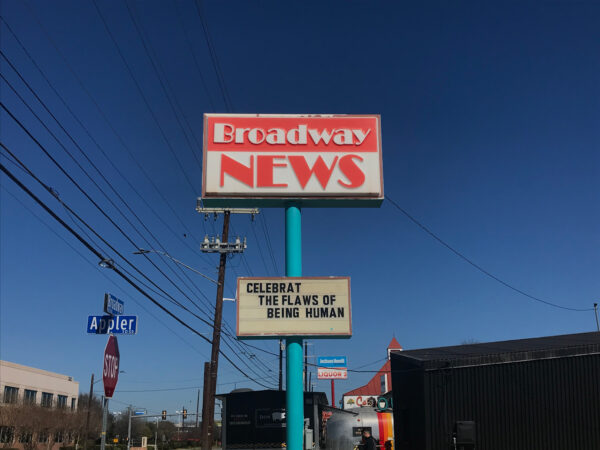 More fortunate timing: I visited San Antonio before the ice storm. The city is charming, and a little sleepy in some ways, with some of the expected growing pains of any Texas metro area. I spent one morning scoping out the Japanese Tea Garden with Randy Guthmiller and Heyd Fontenot (two San Antonio transplants from Dallas), and chatted about the esoterics of medical intuition and the handsome qualities of the city. The experience of sharing thoughts and memories with two familiar friends among the placid waters of the garden was overwhelming. It has been a very long year — we all agreed on that distinction.

Art-wise, like the other large metropolitan areas of Texas, San Antonio is its own distinct market. We celebrate Texas for its independently interesting locations, and in the long run, that works for the state. It means what we already know about Texas: if you have the time, there’s always more to see.

A few days before I departed, I drove back into the Southtown neighborhood from the McNay, and saw a sign that drew me to the small parking lot of Broadway News, an outdoor post of vendors. The sign’s custom statement struck me as a humbling mantra that things are always on the brink, and that’s not something to run away from. 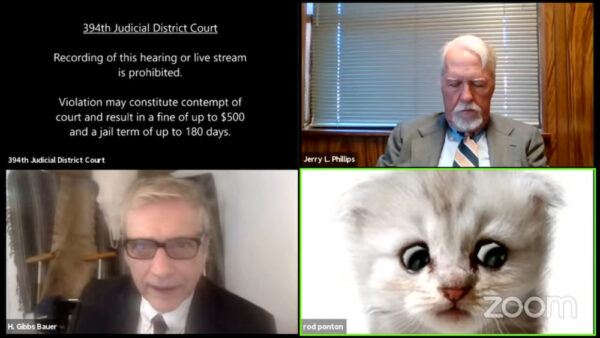 You’ve probably seen this: Texas attorney Rod Ponton appeared as a cat on Zoom, accidentally, for a Brewter County District Court hearing. There was a novelty filter turned on that unexpectedly turned his visage into a teary-eyed kitten. He didn’t know what caused it, and still doesn’t.

Technological mishaps are a stereotype assigned to older generations, but the influx of kerfuffles has been expanded by the amount of online engagement that runs through this pandemic life. Ponton famously apologized in real time, as a cat, saying “I’m not a cat.” The gaffe was innocent and benign — something that would be inconsequential if it had stayed quiet. Because the moment went viral and we all saw it online, we all got a moment to postpone business as usual.

In February, Jordan Roth of Ro2 Art in Dallas confirmed with Glasstire that The MAC has “quietly reopened,” finally making public the exhibition Finding Our Way, by Mary Margaret Hansen and Patsy Cravens, originally slated for March 15 of last year. This just goes to show that we are still experiencing the past — shows meant to be that are only now surfacing in real life. 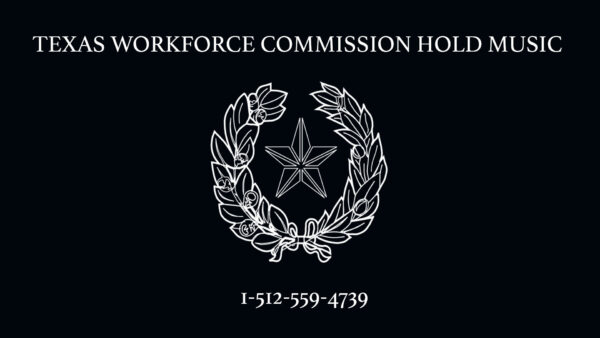 How is your phone etiquette these days? One artwork that evokes the experience of waiting on hold is now available online, as well as via a call-in hold menu.

Montopolis, a creative collective from Austin, released its album Texas Workforce Commission Hold Music on February 23. You can also listen to the album at (512) 559-4739. (The experience is reminiscent of Jesse Morgan Barnett’s 800-number project, in which he enlisted callers to make use of a VOIP phone line for a discrete exhibition.)

Recorded by pianist Justin Sherburn and cellist Sara Nelson, these short, sweet, and simple ambient meditations are inspired by the existential dread associated with navigating endless bureaucratic red tape. Putting that energy into the release of a work of music is ersatz, but also absolutely current.

The Art Car Museum in Houston has happily announced its reopening after a long pandemic shutdown. You can visit Fridays through Sundays to view a number of functional machines that have been converted into sessile objects. Take your ride to see something unexpected. Forget about rhyme or reason during that window of time. 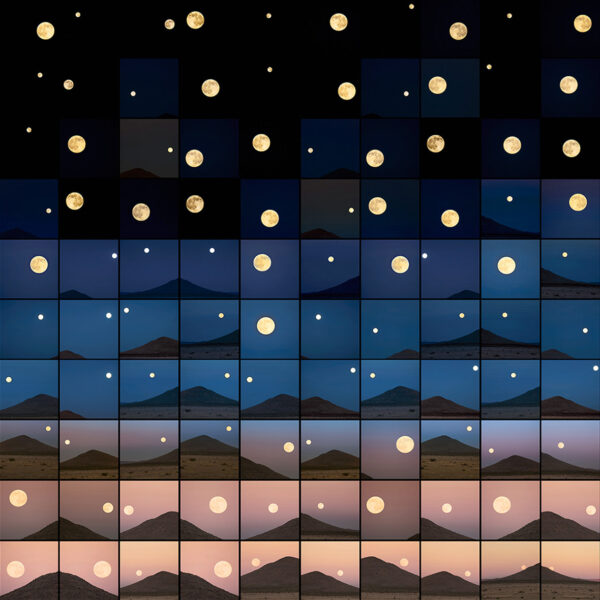 E. Dan Klepper, a great photographer based in Marathon, which is in far west Texas, is represented by Foltz Fine Art in Houston. Recently his image 100 Moons was licensed as the cover for an upcoming album by Explosions in the Sky, the Austin-based band whose members hail from Midland. The album is the soundtrack for the PBS documentary Big Bend: The Wild Frontier of Texas. You can view the film online via PBS’s Nature section. For an hour, you can experience the majesty of the wide open spaces of one of the most remote parts of Texas.