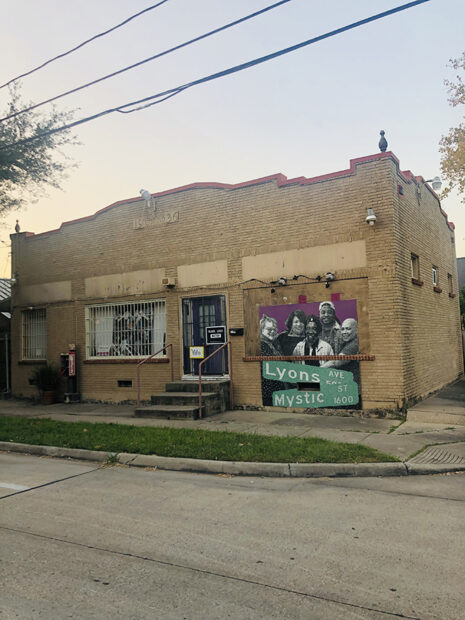 Jimmy Castillo’s “Embrace the Intersection” at Mystic Lyon in Houston

Houston’s Fifth Ward culture hub Mystic Lyon (named after the intersection at which the building stands) has announced a new mural from artist Jimmy Castillo. Embrace at the Intersection is a hand-painted halftone image of Fifth Ward residents. It’s  on view at Mystic Lyon (5017 Lyons Avenue) through November 1. 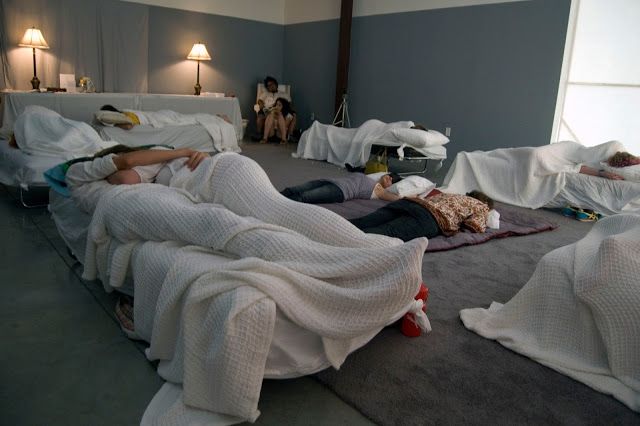 Sloan’s compositions are partially inspired by artist Salvador Dali and sound composer Pauline Oliveros. All sessions are open via registration. To register, please email [email protected]. All are encouraged to grab their favorite pillows, blankets and whatever else will help them nap for this free series of community naps.

Sloan is the artist, curator and the educator behind the Naptist Convention and Mobile Nap Deliveries; she is the founder of the Mystic Lyon art space.

For this year’s Virtual Southern Naptist Convention, Sloan is collaborating with Houston native Willow Naomi Curry, a journalist, essayist, and multimedia artist. Curry was an inaugural fellow for Houston’s DiverseWorks’ Project Freeway Fellowship, where she focused on cultivating writings from residents of the neighborhoods of Kashmere Gardens, Trinity Gardens and Fifth Ward .

The schedule is as follows:

Napping Affects Performance (NAP) is a performance and participation project providing community naps (since 2009) in collaboration with various performances, including (but not limited to) collaborations with sound, word, touch, and the delivery of naps to various sites and/or contexts.

Castillo, an artist, administrator, and educator in Houston, is a graduate of the High School for Performing and Visual Arts in Houston. The artist received both his BFA (2000) and MFA (2019) from the University of Houston and is the Director of Civic Art + Design at Houston Arts Alliance, as well as Adjunct Faculty at the Glassell School of Art. In addition to being nationally exhibited, Castillo’s work can be found in collections at the Museum of Fine Arts Houston and the Harry Ransom Center at the University of Texas in Austin.  Castillo’s photographic series which focuses on his childhood (and present) neighborhood of Northside in Houston, is part of the artist’s photo-based, interdisciplinary studio practice.