The End of the Bad Boys

by Neil Fauerso May 8, 2019
FacebookTwitterEmail 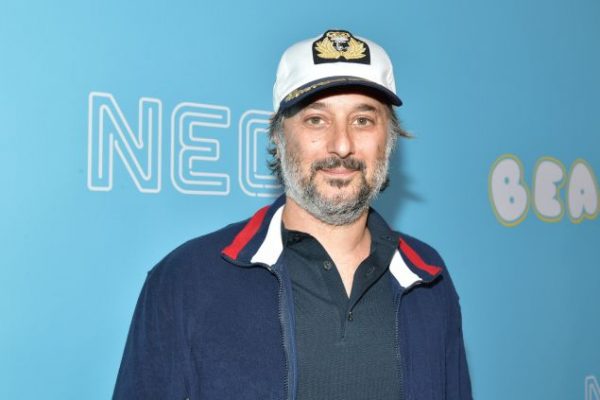 In Harmony Korine’s latest film The Beach Bum, Matthew McConaughey plays an idiot savant poet named Moondog (an insult, frankly, to the genius blind musician-composer, who was a true American hero eccentric) who drinks, smokes, and snorts his way through Miami and the Florida Keys. Nothing can touch Moondog. Married to a beautiful heiress, he escapes every jam, including jail and rehab. He writes a book of poetry that wins the Pulitzer, which allows him to claim a $50 million inheritance, which he promptly burns up in a fireworks celebration. The Beach Bum is a purposefully dopey fantasia of a canonical ideal of ne’er-do-well genius, which Korine clearly classifies himself as. It’s also sinfully boring — a turgid series of unimaginative sequences that are more the most badass thing a frat dude could think up than any true transgressive anarchy.

I left The Beach Bum with one underlying reminder: over the years Harmony Korine has gotten away with murder. The wunderkid writer behind Larry Clark’s controversial Kids, Korine has, among other things: gone through Meryl Streep’s purse backstage at the Letterman show before shoving her (and being banned from Letterman); engaged in an “ironic” blackface minstrel show; made a half-baked meditation on celebrity (Mr. Lonely) that lost an astonishing amount of money for an art film; and sold awful abstract art for six figures. He also made and released three committed and gnarly barnacles of art cinema: Gummo, Julien Donkey-Boy, and Trash Humpers. Prickly and often thrillingly off-putting, these films sizzle with a chaotic, evil energy. They are, like Pasolini’s later works or Héctor Babenco’s Pixote (a major influence on Korine), not often revisited, but make up the dark allure of Korine’s reputation. His good movies seem so distant, in fact — midnight movies from the end of the analog era — that Korine seems aware that he could no longer make films like that. In a Sisyphean punishment, he is doomed to repeat the same flails for the wire of shock just out of reach. 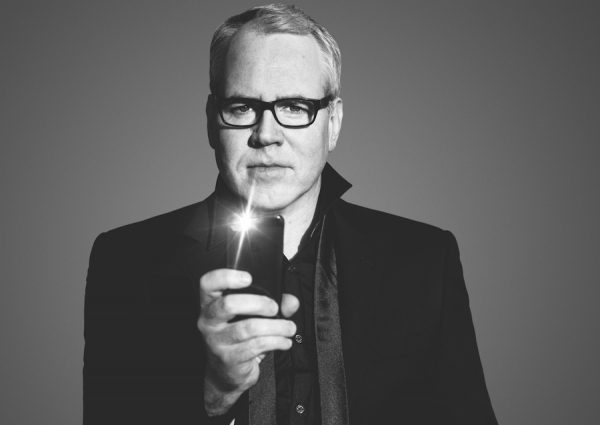 In a twin dud for another iconic bad-boy, Bret Easton Ellis’ latest book White is a fairly lazy screed of essays against political correctness, safe spaces and an endemic tokenism in mainstream awards ceremonies. It’s been met with ridicule and, perhaps more devastatingly, shrugs. The desperate headline in the Guardian,“My Ability to Trigger Millennials is Insane,” is almost sad, coming from the man who published American Psycho in 1991. Ellis — once capable of inspiring true outrage — has become the equivalent of a failed shock comedian yelling in a Denny’s.

The end of the Bad Boys is here, and it has been for a minute. The Bad Boy was a class of artist that, historically, was overwhelmingly made up of white males defined by personal libertinism serving as creative fuel for startling and controversial art. Nowadays, reading the 2009 obituary in the New York Times of wealthy Menil heir Dash Snow seems like something from a different era on a different planet. It is almost impossible to imagine a drug-addled child of privilege receiving a sincere remembrance in the paper of record for (literally) jacking off onto collages. Think back to the circa-2010 both-sidism controversy over Larry Rivers’ videos of his pubescent daughters topless and try to visualize the same mainstream-media treatment now.

The end of the Bad Boys is predicated on several currents of the zeitgeist: a rightful and continued hostility towards elevating a homogenous group of white men in art; the reckoning of the #metoo movement calling out loutish and predatory behavior by men that had long been long accepted as the norm; and a general sense that guys making art out of the rivers of their excess isn’t particularly interesting and certainly not worth tolerating abhorrent behavior.

As a straight white male, too timid to have ever been an actual Bad Boy, but who counts Mark E. Smith, Stanley Kubrick, and Frederick Exley as personal heroes, I think this is all good. The braying at “cancel culture” (whereby someone is effectively blacklisted for bad decision-making, bad judgment, or bad behavior) by the boomer/Gen-X contingent (Bill Maher, Jerry Seinfeld, Ellis, etc.) is largely hysterical. Who really gives a shit if Woody Allen or Roman Polanski can’t make a movie anymore? The last good movies they made were Crimes and Misdemeanors and Death and the Maiden, respectively. Most of the time, the cancel doesn’t even last very long. Aziz Ansari (who positioned himself as a good boy) is back after a mild public chastisement for acting boorish on a date. A couple of years ago, the actor Emile Hirsch literally body slammed and choked a woman film executive at Sundance, but is nonetheless in the new Quentin Tarantino movie.

The Bad Boys of yore reveled in their potential martyrdom. Nothing was more desirable than being banned by a square government or dropped by a spineless corporation. Now there is a cognitive dissonance as the cultural left — once the Bad Boy’s adoring advocate — responds to him with shrugs or scolds. And in this twilight of the Bad Boy — the boy so used to being loved and hated, feared and desired — there is the confused anguish of a dying animal.

Herein lies the rub. With the end of the Bad Boys, we are not getting a new wave of non-white/non-male bad boys. (That would honestly rule.) Instead, art seems to be collectively lurching towards a dreary utilitarianism of virtue. It is not simply enough to be a decent person; one’s art must somehow be a “social practice.” The increase in diversity of representation has seemingly come with community standards and even positivity requirements. As someone who doesn’t look at art to make myself a better person, but instead to primarily provide a break from the banal misery of existence, I find this depressing. It’s a Trojan Horse that allows late capitalism to cannibalize any outsider or underrepresented culture under the guise of “acceptance.”

In one of the Ellis interviews for the rollout of White, he asks if a Robert Mapplethorpe could even exist now. It’s a legitimate point. What is the provocateur to do? I always return to the great quote by Flaubert: “Be regular and orderly in your life, so that you may be violent and original in your work.” I think of the geniuses Lynne Ramsay and Claire Denis, two women who are I think on the list of the ten greatest directors in the world, who regularly make films that are equally transcendent and morally challenging. When accused of not writing strong female characters in her latest film High Life (an outrageous and brilliant space opera about annihilation and bodily fluids), Denis tartly replied:“What the fuck? I’m not a social worker.” 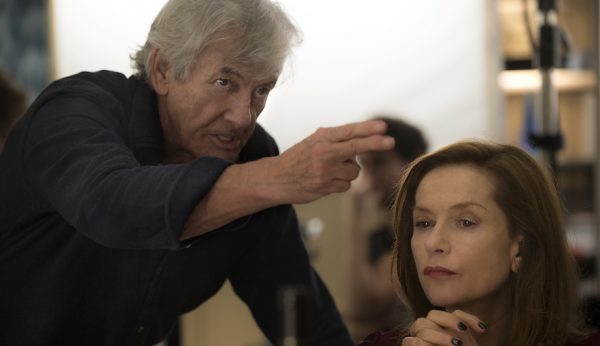 Most of all I look to the Bad Boy that beat the game and is shining in his sunset years: the “Mad Dutchman” Paul Verhoeven. This man has danced on the heads of serpents his whole career, cheekily doing the impossible. His gloriously schlocky Robocop doesn’t seem so funny these days, given that the future it depicted of base consumerism and private security forces policing cities like occupied territories is a dead-ringer for the present. He also somehow got a studio to give him hundreds of millions of dollars to make a scabrous satire of fascism and military imperialism (Starship Troopers).

What is his secret? Perhaps seeing Nazi bombers at eye-level decimate his home country of the Netherlands as a child instilled in him the ineluctable truth that the “civilization” men were committing atrocities to maintain was patently ridiculous, and shouldn’t be taken too seriously — nor should one’s rebellion against the same. Verhoeven is, after all, the only person ever to accept a Razzie for worst director (for Showgirls, which in the 25 years since its release has achieved a camp status akin to The Rocky Horror Picture Show).

Verhoeven’s next film is about lesbian nuns in a medieval French convent. I’m sure it will be broad and sacrilegious, and a sly indictment of something much greater than its titillating storyline. Perhaps the way forward for future bad boys is, simply, to do what everyone else has done for years: one’s work — with a bit of humor about it, and not worry about whether you are in the light of culture’s comet. As Verhoeven proves, you never know when things will come back around.

This is the best thing I’ve read in a long time. Congrats to Neil for really going for it.

I am trying to articulate why this is such trash. Bad Boy culture is a really nice way of saying violence, misogyny, homophobia, transphobia, and racism. It’s not now nor has it ever been acceptable to the victims of these dudes “artistic exploration”. And your big concern is that it’s not enough to be a decent human? That you need a “social practice’? I wish Sandra Bland or Michael Brown or Sean Bell or any of the nameless trans women who will be murdered this year could get the benefit of being a decent human. Do you have any idea the social practices marginalized communities have had to provide or themselves for centuries in order to survive? You’ve centered whiteness and the feelings of those struggling with intersectional movements at time when the virtue of whiteness is being challenged. As a black, queer woman whose heroes include Toni Morrison, Audre Lorde, Kara Walker, and Zora Neale Hurston, let me remind you not all art requires positivity. Or maybe the definition of positivity is relative. Not being able to shock or offend isn’t the same as a hardship. You get to go on living the single most acceptable body in the world while maternal health plummets, immigrants die in detention centers and at our borders, and the LGBTQ community loses rights and protections under this administration. It’s not just that I am angry, it’s that I’m tired and scared. The best I can say about the Bad Boy culture on it’s way out is “Boy Bye”.

Honestly, Neal, though this is quite erudite, thoughtful and pertinent, you still wind up devoting an awful lot of digital real estate on Verhoeven, a “reformed” “Bad Boy”. Granted, reformation is praiseworthy, but in this context his “Bad Boy” status is what wins him the verbage in the first place. Shows how hard a circle it is to break out of…