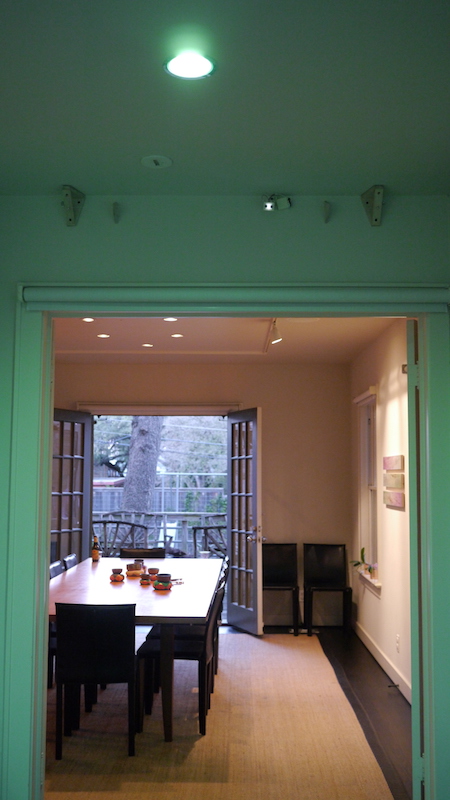 I still haven’t absorbed the address of Austin’s testsite gallery. When I want to visit it, I check the time — testsite is open for only two hours once a week — and walk through my neighborhood, past the local gym and a Brazilian waxing place, then hang a left after the Party Barn and look for the one house on West 33rd Street with an open front door. If it weren’t for the video installation visible through the screen door this month, it would look like any other residence.

Testsite’s M.O. is to showcase carefully curated duo collaborations. For its current offering, BELLS SUSPENDED FROM CLOUDS, Michael Chesser — a photographer and supporter of numerous local arts institutions, from the Blanton Museum to UT’s Butler School of Music — invited Austin-based artist R. Eric McMaster to activate the living and dining rooms of the house with sound. Though McMaster’s oeuvre spans many mediums, including sculpture, installation, performance, and still and moving images, this is one of his first installations centered entirely on sound. The rooms in the house are virtually untouched, save for a series of steel wires suspended just below the ceiling’s perimeter. A series of small, custom-made devices generate an electromagnetic field that vibrates these strings, which — with the help of a series of handmade wooden “bridges” mounted on the walls and ceiling that hold the strings taut — effectively transforms testsite’s architecture into a giant, resonating instrument (a mechanism reminiscent of the EBow). 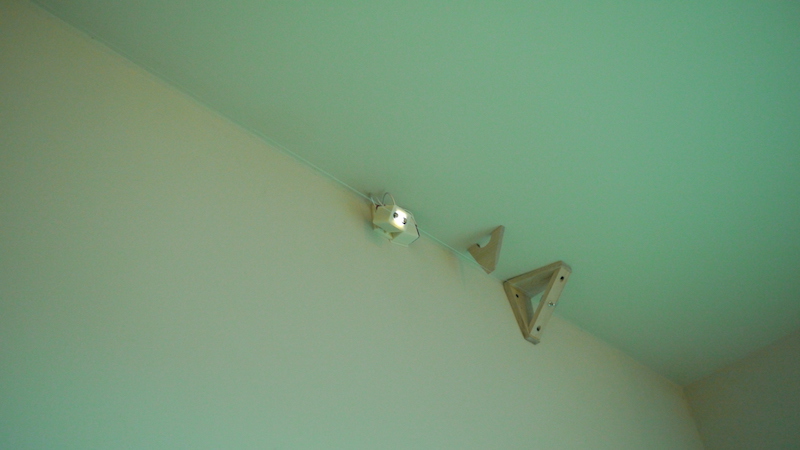 The effect is ethereal, atmospheric, and meditative. The strings are carefully tuned each morning to octaves and major harmonies of A440, and because the sound emanates primarily from the ceiling, it’s difficult to localize. It seems to come from everywhere and nowhere at once. McMaster’s drones are an invitation to deep listening and sonic awareness, and I was surprised to find that the sound didn’t — as I had expected, given its somewhat monotonous nature — recede into the background. This is music that constantly repositions itself in the listener’s body, sometimes as a lead instrument, sometimes as accompaniment to the seaside whoosh of traffic on the nearby Guadalupe strip, or the whine of a neighbor’s dog.

McMaster’s primary point of reference for the installation is Alexander Scriabin, a late 19th-century Russian composer whose work bordered on the mystical. Colored gels in the living room gesture towards Scriabin’s synesthetic tone-to-key mapping, a spectrum assigning each note in the musical scale to a specific color (red for C, violet for C#, yellow for D, and so on), and the show’s title references Scriabin’s unrealized Mysterium, a concert that would envelop the entire world:

“Bells suspended from the clouds in the sky would summon the spectators from all over the world. The performance was to take place in a half-temple to be built in India. A reflecting pool of water would complete the divinity of the half-circle stage. Spectators would sit in tiers across the water. Those in the balconies would be the least spiritually advanced. The seating was strictly graded, ranking radially from the center of the stage, where Scriabin would sit at the piano, surrounded by hosts of instruments, singers, dancers. The entire group was to be permeated continually with movement, and costumed speakers reciting the text in processions and parades would form parts of the action. The choreography would include glances, looks, eye motions, touches of the hands, odors of both pleasant perfumes and acrid smokes, frankincense and myrrh. Pillars of incense would form part of the scenery. Lights, fires, and constantly changing lighting effects would pervade the cast and audience, each to number in the thousands. This prefaces the final Mysterium and prepares people for their ultimate dissolution in ecstasy.”

Set deliberately in conversation with the apocalyptic nature of Scriabin’s project, BELLS SUSPENDED FROM CLOUDS seems to take a hard realist stance, one that feels both coy (there’s no hope of fitting thousands of audience members in testsite’s living room) and like a sincere acknowledgement of the earlier composer’s ambition. Listening to a house singing to itself is, quite simply, a magical experience. McMaster’s drones cultivate a kind of sensitization that’s easy to lose in dailiness: sit with them and you’ll start to notice creaks in the floorboards, the high-pitched hum of the lights, the rustling of fabric in the next room. This sensitized listening can feel egoistic, as if the entire house is generating the soundtrack to your life and your thoughts. It can also feel deeply liberating, as your assumptions about what sounds are “worth listening to” give way to what sounds are really there. Just as Chesser’s role in this collaboration was primarily to set the stage for McMaster’s sonic work, then allow it to evolve, the installation itself sets the stage for attentive listening without actively intervening with how that listening unfolds. 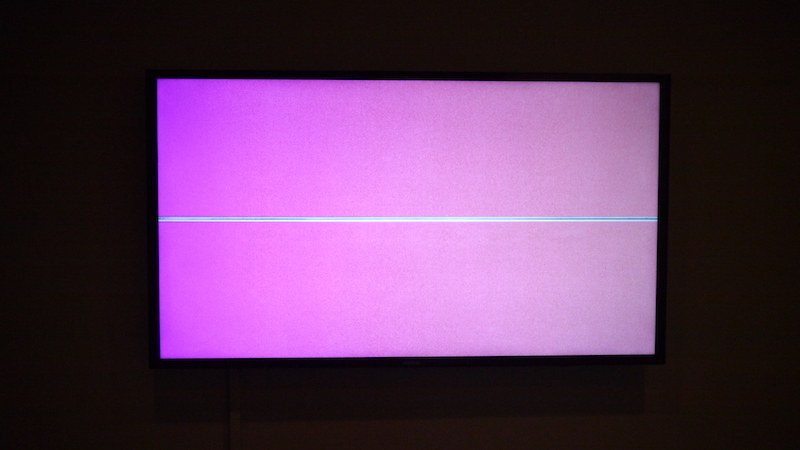 This incitement to nuance makes me regret (for this show as I haven’t for others) testsite’s extremely limited operating hours. These strings will sound different during the day than at night, in heat than in cold, in varying humidity. And I’m curious what effect their gradual natural detuning would have on me as a listener. Activated like this, the space begs to be used for sustained immersion: a sleepover, or a series of visitors accompanying the house (as in Invoke quartet’s excellent opening-night concert in the space, played in part on a double-scrolled “conjoined violin” handmade by McMaster). The magic of BELLS SUSPENDED FROM CLOUDS is that these exact strings, tuned to the exact same notes, and oscillated at the exact same rate, never repeat themselves. Attached to a different gallery, they’d create an entirely new composition, one that their simplicity prepares the listener to appreciate. In testsite, McMaster’s project is not to play the house, but to conduct the house’s playing — to give a stage to the latent song that would be there even without the strings, if we just had a way to hear it.