This and That: Grass

This week the sporting goods company Nike released images of its new Air Max 1 Golf shoes. Titled simply “Grass” and described by Golf Digest as “grass camo” and by Sneaker Bar Detroit as “chia-like,” the shoes will surely make it that much more enjoyable to grip it, rip it, and put it in the hole. 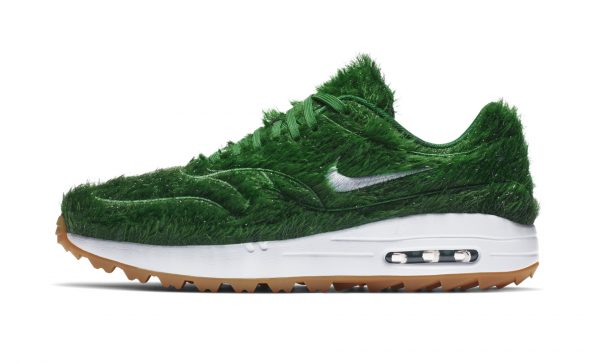 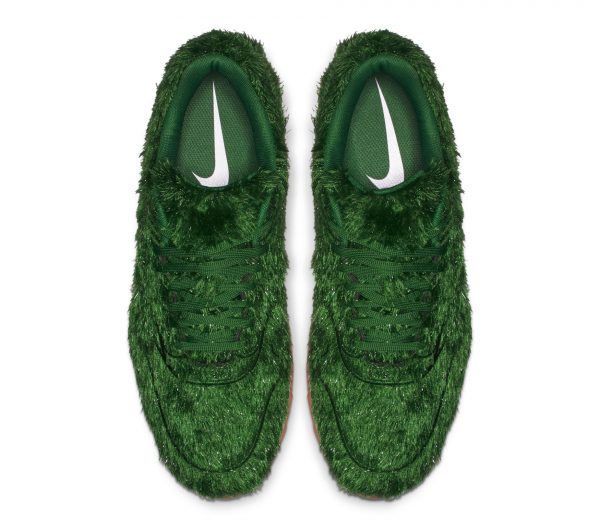 They remind us of the great artist Gene Pool, whose grass-covered clothes and vehicles were ubiquitous in the art world of the early-to-mid-1990s. Pool would wear the suits in parades, or simply walking around as a casual street performance. He would also cover vehicles and other objects with grass, and appeared several times in the Houston Art Car Parade sporting a grass suit, walking alongside a grass car.

Pool was originally from Chicago, and he had a cheerfully unaffected Midwesterner’s attitude towards art. He was the organizer of the infamous Crest Hardware Store shows at an old-timey hardware store in Williamsburg, Brooklyn, just before that neighborhood became the poster child for art world gentrification. Over 100 artists would participate in the Crest Hardware Store shows, where works were installed among the merchandise and sold by the pound.

In the following charming video of the second Crest Hardware Store show in 1994, Manny Franquinha, the owner of the store, chuckles and says “I guess we’re part of a new art colony in Williamsburg.” (The show ran for seven years, then went on hiatus when Pool moved away from New York, only to be revived by Franquinha’s son Joe in 2013.)

The designers at Nike might say that they had never heard of Gene Pool and his grass clothes, but the fact remains: he was there way before they were. The artists always are. 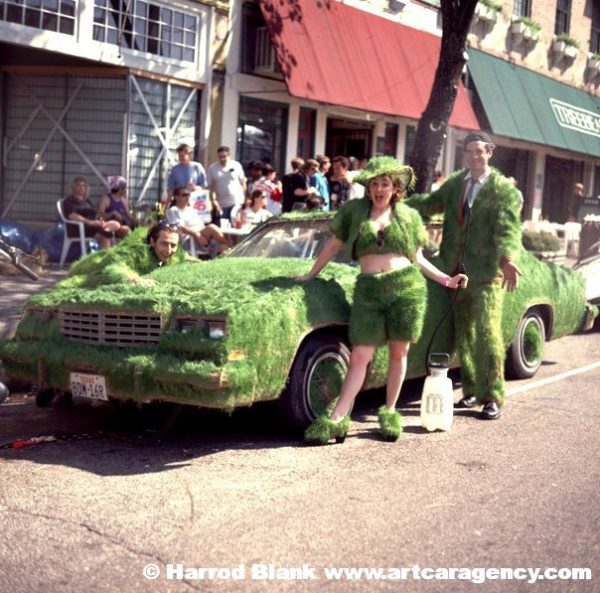 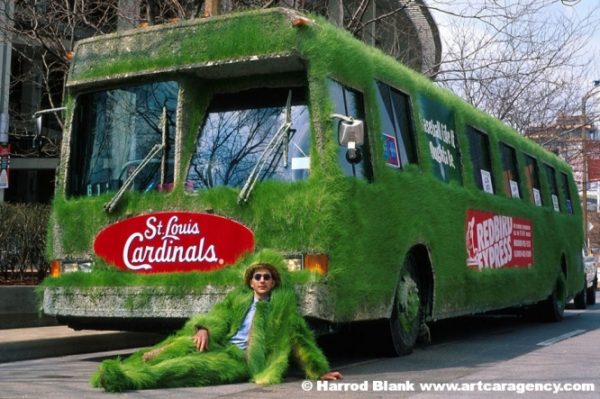 “There is a fine line between being a kook and being an artist, and I definitely trample it.” – Gene Pool

This and That: Gina Beavers and The Office

This and That: Ilya Kabakov and Phallon Lauderback...

This and That: Keith Haring and Philadelphia’s City...

This and That: David Gilhooly and Harry Potter

This and That: David Newton and Francisco Zúñiga

Great piece!! Fun video too! I once had a dream that you had to find all of the art in a Super Target — not with aisles for paintings or sculpture, but with art divided up between genres, style, figurative vs abstract, movement, or subject, so you’d have to know whether a painting of soda bottles was more an example of photorealism, cultural commentary, or just about soda before you could decide where to display it. And no checklists.

Is Gene Pool the same guy as Bill Harding? Harding was an artist who made suits out of grass and ended up appearing on the Tonight Show, to the general befuddlement of Johnny Carson. https://www.upi.com/Archives/1985/01/16/Grass-man-returns-to-his-roots/3979474699600/

Yes, he wasn’t befuddled though, they were on point.