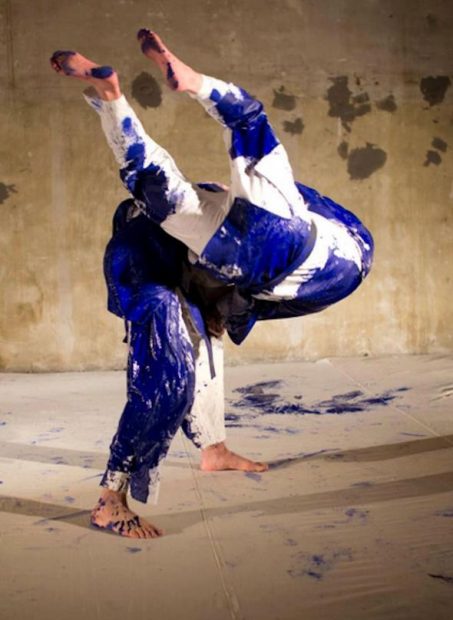 All artists, in some way, shape, or form, are inspired by other artists. Sometimes those influences are obscured, but other times, the comparisons are a bit more overt. One example of this is Nestor Topchy’s 2012 performance, A Geometry of Painting, at the Lone Star Performance Explosion Biennale. In it, Topchy and Greg Henry, who were both painted with a color that very much appeared to be International Klein Blue, grappled each other using judo and aikido movements that resulted in a painted canvas. 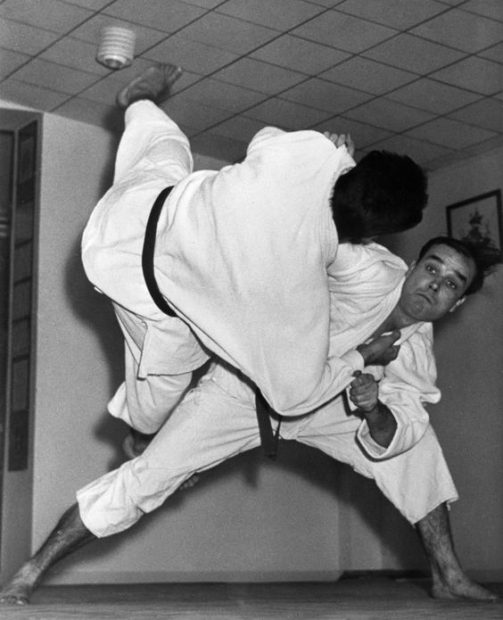 When artist Yves Klein was 24, he traveled to Japan to study judo, ultimately earning a 4th dan black belt before returning to France to open his own judo academy. Then, in 1954, Klein published the book Les Fondements du Judo.

Some more background about the connection between Topchy and Klein, via Lone Star Explosion’s site:

“While in school in Baltimore in 1981, Topchy chanced upon an exhibition of Yves Klein’s IKB work. Topchy credits Klein’s use of a saturated ultramarine blue pigment that represented “the void” as a pivotal discovery. After using this color on spherical sculptures, Topchy realized their connection to Pysanky, the ornately decorated Ukrainian Easter eggs he made in childhood with his mother and grandmother.”

“Following in Klein’s footsteps, Topchy earned a black belt in judo under Karl Geiss, which led to studies in Buddhism and a deeper understanding of his Ukrainian roots and identity as a dual American and Canadian citizen.”

This and That: Sam Schonzeit and Spray Insulation...

This and That: Niki de Saint Phalle and...

This and That: Gina Beavers and The Office

This and That: Christo and Jeanne-Claude & Freeze-Prevention...