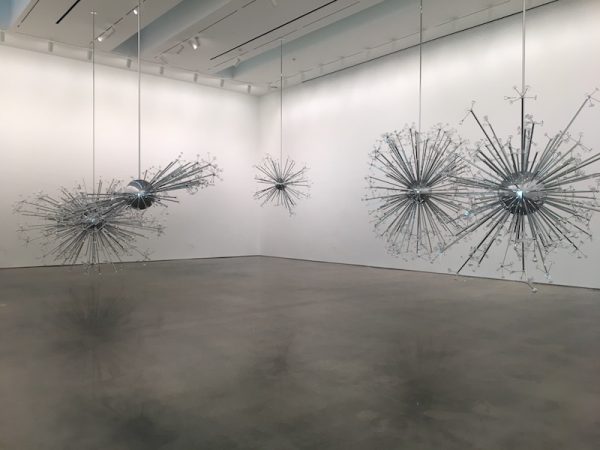 I get really frustrated when I hear people gripe that good craftsmanship in contemporary art is rare — perhaps even dead. That couldn’t be further from the truth. However, in our post-post-modernist condition, what constitutes craftsmanship — and our judgement of it — has changed from a material to a conceptual craftsmanship. I’m in some ways conflating craftsmanship and conceptual rigor, but having good material craftsmanship is a mere tool that can either buttress or undermine the craftsmanship of one’s concept. And as artists have in the past few decades take on vocational roles of “the researcher,” “the archiver,” “the social practitioner,” “the historicist,” “the scientist” (to name a few), the vocational no longer defaults to the conceptually rigorous (or vice versa), but is instead a mere tool to enact the craftsmanship of one’s concept. In other words, simply having good intentions is not enough, and simply being great with materials is not enough, and being “conceptual-lite” is not enough: the way in which the artist makes the viewer feel or intuit the crux and the seduction of a concept — the very idea of the work — is where the rigor, and the payoff, lies.

With that: Andrei Linde’s combination of elementary-particle theory with cosmology, to theorize the multiverse, is dizzying to begin with. But with Island Universe — up now at the Moody Center at Rice University — and the help of cosmologist David Weinberg, the artist Josiah McElheny maps, via installation, five potential universes while remaining faithful to contemporary theoretical research regarding the multiverse. Unfortunately, these model/sculptures — rigid, and washed out by blood-draining gallery lighting — lack the romance and attentiveness that comes with wrapping one’s head around ideas of space-time, or of simply gazing into space. This installation is about as invigorating and clinical as a visit to the gynecologist.

Reducing a quasar to a dimly lit bulb is painful, given that a quasar contains a black hole so massive as to pull an accretion disk so luminous that it could easily outshine a galaxy. McElheny’s foregoing of Linde’s assertion of homogeneity within a given universe and the probability of difference between universes, in favor of overall aesthetic homogeneity within the installation at Rice, is a mistake. Yes, these sculptures are elegant, but their likeness in all their chromed splendor reduces them to accurately mapped examples, a kind of car-showroom floor of possible specimens rather than an interplay of universes emerging from what Linde designates the “space-time foam.”

The problem with Island Universe and the Moody Center’s declaration of conceptual rigor is that it relies too heavily on the amount of research and the time it took (five years) rather than its result. The reality is that McElheny’s observation of the Metropolitan Opera’s chandeliers as microcosms of the Big Bang, which inspired this work, is more conceptually rigorous (or at least interesting) than the work itself. But McElheny seems to know this, which is likely why he made a far superior film of the same title that focuses on this very observation. The tie-in to mid-century modernism that reads as a bit tired or strained in the installation here feels not only pertinent, but crucial. These chandeliers — lavish, intricate, evocative of class; fleeting, fragile, violent, permanent — make us feel simultaneously that we are being consumed by an explosion, and also distant observers of cosmological theater. Paul Schutze’s heroic score, a combination of what feels like humming glass and womb-like recordings of the actual cosmos, throws us into a sense of precarity while seemingly freezing time itself.

On view at the Moody Center for the Arts at Rice University in Houston until June 2, 2018.