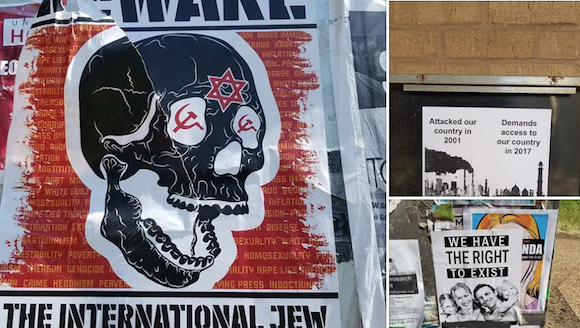 Last week, flyers reading “Beware the International Jew,” “Imagine a Muslim-Free America” and “We Have the Right to Exist” were found throughout the main campus of the University of Houston (UH). Newsweek reports, “Stickers with images of deconstructed swastikas were strategically placed on flyers for immigrant, LGBTQ and feminist student organizations. Most of the flyers were hung in buildings and areas relating to the arts and humanities”

A UH spokesperson told The Algemeiner that the content of the flyers “is reprehensible, but we respect the constitutional right to freedom of expression.”

Project from the University of Houston’s Center for...

UH Center for Arts Leadership is Here. So,...