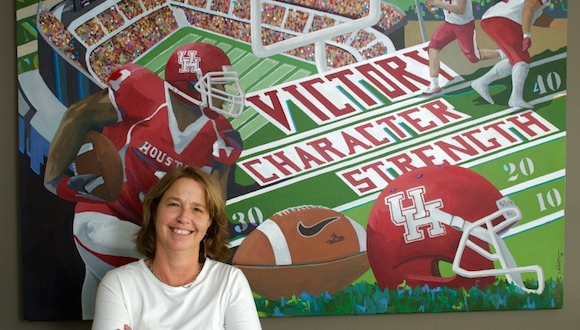 Universities, along with airports, have become some of the most proficient art collectors around. Back in 1966, the University of Houston decided that with each new building built on its campus, one percent of the construction budget would go towards the school’s public art. This helped university build an extensive collection that includes works by Frank Stella, Carlos Cruz-Diez, and more.

The most recent commission, for the university’s new $128 million stadium, is a mural by Houston-based artist Suzanne Sellers. And since the allotted budget for public art on this project should be well over $1 million, this is likely the first in a number of commissions.

UH is of course not the only university to collect art this way. Thanks to the Texas Commission on the Arts, any state public construction project costing $250,000 or more can spend up to one percent of its budget on public art. And many Texas universities, from Texas A&M to Texas Tech, use special budget allocations to create new works of art for their campuses.