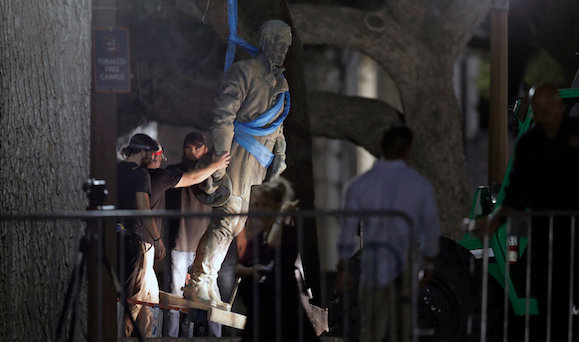 Overnight last night the University of Texas at Austin removed three Confederate monuments from its campus. Via the New York Times:

The decision was made following recent events in Charlottesville. Greg Fenves, UT’s president, wrote: “…that Confederate monuments have become symbols of modern white supremacy and neo-Nazism.” and that (via the Times), “…the statues’ historical and cultural significance was compromised by what they symbolized, and [Fenves] noted that they were erected in the midst of Jim Crow and segregation and that they represented ‘the subjugation of African-Americans.’” 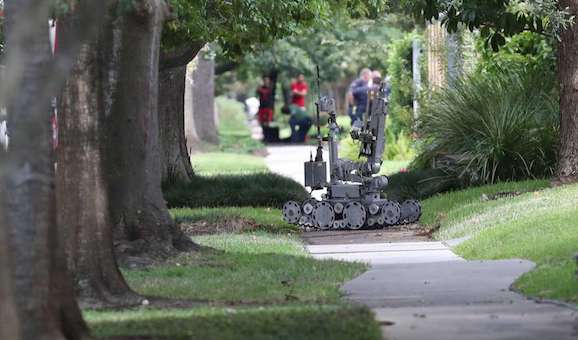 Meanwhile, in Houston: Andrew Schneck, 25, was confronted by a park ranger and arrested Saturday night around 11 p.m. in Hermann Park for attempting to blow up a statue of Confederate officer Richard Dowling. This followed a day of protests and counter-protests at the park over a Spirit of the Confederacy statue. Via the Houston Chronicle: “Schneck was holding two small boxes that included a viable explosive, a timer, wires connected to a homemade detonator, a battery and an explosive compound… . He told law enforcement he had other chemicals at his home on Albans Road near Rice University.” The chemicals included nitgroglycerin and hexamethylene triperoxide diamine.

This morning Houston authorities evacuated residents in parts of the neighborhood north of Rice University, near Schneck’s parents’ home at 2025 Albans, which was at the center of the investigation.

Via the Chronicle: “We have this under control,” Satterwhite said, adding that authorities are “really confident this is contained.”

According to ZeroHedge.com, Schneck was released from probation early last year after being convicted in 2015 of storing explosives.

For more on this story, go here and here.