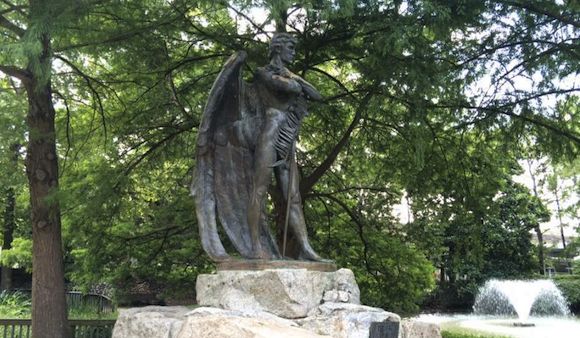 “Spirit of the Confederacy,” 1908, in Houston’s Sam Houston Park. Photo via Houston Chronicle.

Houston Mayor Sylvester Turner is asking the City to look into getting rid of the monument to the “Spirit of the Confederacy” in Houston’s Sam Houston Park, erected in 1908 by the Robert E. Lee chapter of the national United Daughters of the Confederacy, reports the Houston Chronicle.

There is presently an online petition on Change.org asking the city to remove the statue, led by the Houston Young Communist League and created after the recent events in Charlottesville, Virginia.

To view images of other local Confederate monuments, check out the Chronicle article.

Houston Mayor Calls on Artists to Make a...

Get life. The movement to remove has created more hate. Taking them down is not going to help the Black cause. Just the opposite. Passing by a Ford dealership reminds me that Henry Ford was an anti-Semite. What are you going to do?