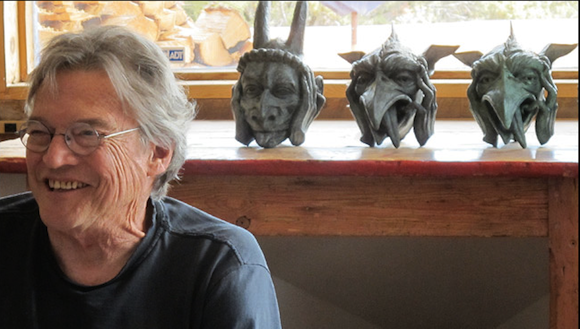 The legendary songwriter Guy Clark died last May and it turned out that, in his will, he requested that fellow songwriter and celebrated visual artist Terry Allen create a sculpture from his ashes, reports Wide Open Country. So a few days later, friends and family went to Allen’s Santa Fe home, ashes in hand, where they held a wake.

Clark and Allen became friends in the early eighties and the native Texans wrote a few songs together. But Clark also admired Allen’s sculptures. His work has since been included in Museum of Modern Art in New York and he shows at Houston’s Moody Gallery, as well as others.

Allen hasn’t announced details about the sculpture or where it will reside.