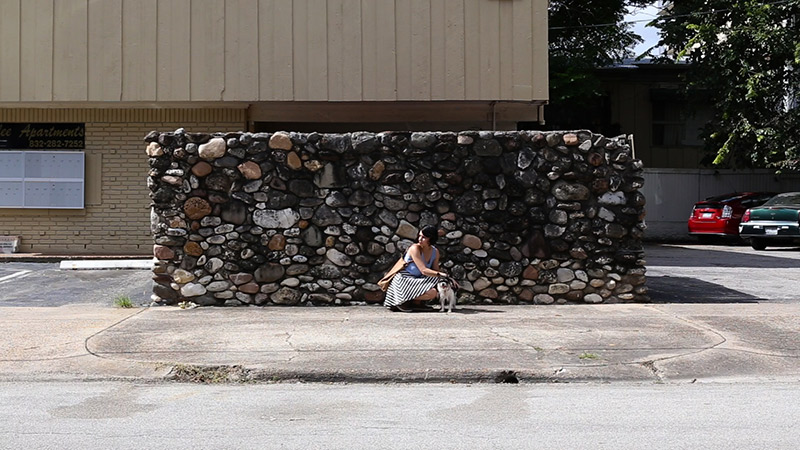 Film still from August, premiering in Houston in July.

The folks who donated to Houston artist Emily Peacock’s Indiegogo campaign last year will finally get to see the results of their generosity. DiverseWorks will premiere Peacock’s 27-minute film August at the Midtown Arts and Theater Center Houston (MATCH) on July 14.

On the fundraising site, Peacock described the film: “Loosely based on my own experiences, August finds its title character in various scenarios, navigating the humor, tragedy, and absurdity of life as a 30-year-old woman and emerging artist.”

Brian Piana recently interviewed the artist about the film on his podcast Spill Some [Stuff]. She discusses making of the film, collaboration versus studio practice, processing grief, and stand-up comedy.