See Food: Contemporary Photography and the Ways We Eat 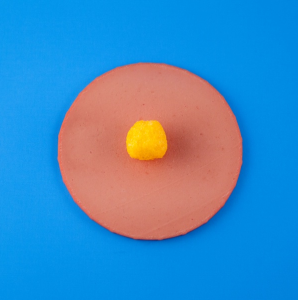 See Food: Contemporary Photography and the Ways We Eat at the Houston Center for Photography is based on the premise that images of food have recently come to saturate our lives—the show’s materials point to food blogs, the proliferation of cooking shows, and the unending social media stream of amateur food photogs documenting their dinners. As food blog fanatic, I can say I agree that my own digital life teems with beautiful food imagery. However, I do not believe mere aesthetic pleasure in such images has led to my food-oriented digital environment. Our current concern with food is much more rooted in a deep societal questioning of how and what we consume across the board. This concern has manifested in the move away from industrialized, mass-produced food: the local farm explosion across the country, artisanal food products making their way into even the most super of supermarkets, and an increasing awareness of how our food makes its way to us. Even if an individual image of, say, my soon-to-be-eaten lavender macaron may not seem concerned with such large ideas, our sheer appetite for images of the artisanal and beautifully-crafted attests to these politically charged issues. 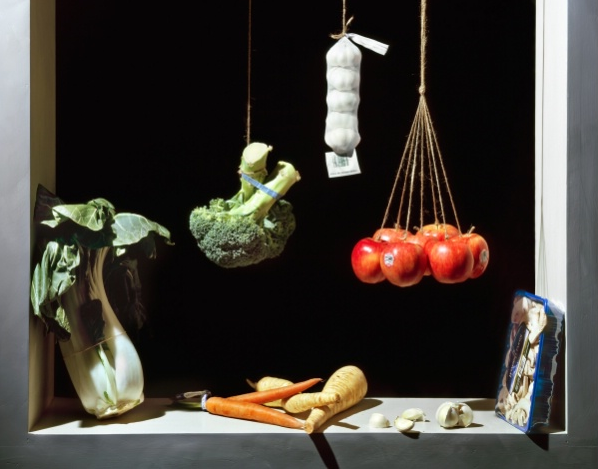 This potentially powerful connection between our love of food photography and larger societal concern with consumption is made, but weakly, in See Food. As the statement by curator Natalie Zelt indicates, a number of the individual photographers do look to food’s “cultural relevance”: Christin Boggs documents the lives of small farms, Andrzej Maciejewski’s otherwise anachronistically lush still lifes feature the denaturalizing and industrial produce codes that mark our modern food, and Jonathan Blaustein’s series The Value of a Dollar illustrates the quantities of foods that can be purchased for a dollar, from a cheeseburger to dried smelt, highlighting the economics of our daily intake. 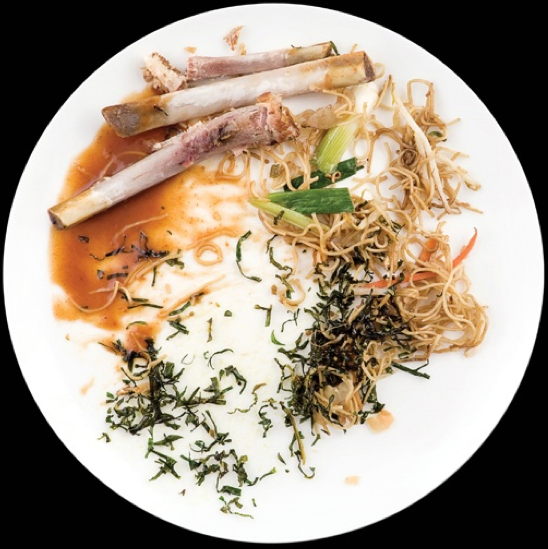 Though these works are each looking at food’s larger contexts, the dialogue between these photographers and larger societal patterns is unclear, muddied by the inclusion of more strictly formal photographs and objects in the case of Damaris Booth’s photo-transer plates depicting leftover bits from meals past. This confusion stems from a lack of focus: the show reads like a smorgasbord of perspectives with no narrative binding it all together besides the fact that everything features food. Emily Peacock’s cute but flippant snaps of snack food positioned against neon-bright fields of color have zero dialogue with Nolan Calisch’s documentary images of CSA produce on the wall immediately, and visibly, behind them. 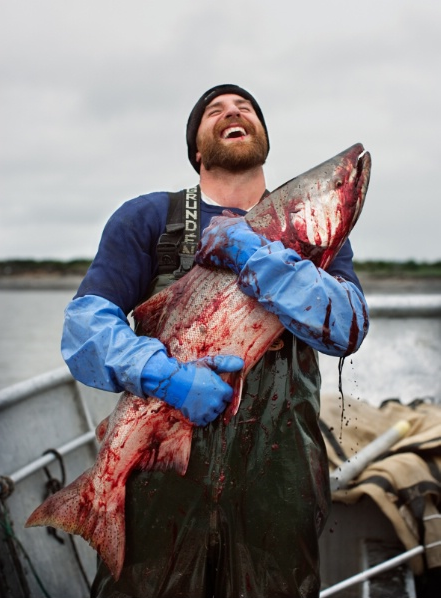 Taken individually, though, the photographs are beautiful. Curator Natalie Zelt has selected a strong group of photographers working in a variety of styles that makes for an at least aesthetically pleasing smorgasbord: Peacock’s pop-inspired images satisfy the need for sweetness and color, Andrzej Maciejewski’s gorgeously lit Dutch-inspired still lifes scratch the itch for the beautiful, and the documentary photos of life on deep sea fishing ships by Corey Arnold are haunting in their emotional intensity.

My opinions on the strengths and weaknesses of See Food were, for better or worse, colored by a talk given by critic Dave Hickey just an hour before my stop by HCP. Hickey, discussing the rise of the group show in recent years, said that the most striking thing about thematic groups shows is that the work is held together by banality: images of railroad tracks, work that features the color cyan or taupe… superficial and curatorial lazy ways of tying disparate works together. While I wouldn’t call See Food lazy, it does seem a rather superficial gloss on a subject that could have, even in the context of a small group show, been taken into deeper, more interesting, and more relevant waters.

See Food: Contemporary Photography and the Ways We Eat, curated by Natalie Zelt, is on view at the Houston Center for Photography through January 12, 2014.

Meaning and connections are in the eye of the beholder. Pardon the pun, but it seems like this critic wanted to be “spoon fed” what to me seems an obvious connection between Peacock’s and Booth’s work and the broader themes of the show.