by Paula Newton May 19, 2015
FacebookTwitterEmail 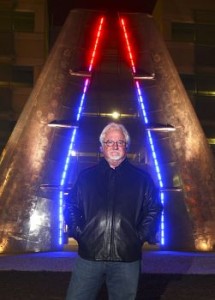 The South Flores Arts District will soon have two new galleries, both in the Lone Star Studios building, reports the San Antonio Express-News. Bill FitzGibbons, artist and former director of the Blue Star Contemporary Art Museum, will open Dock Space, which will debut during June’s Second Saturday with an exhibition of sculptor Susan Budge. His son, Sean FitzGibbons, is set to open Pocket Space during July’s Second Saturday.

The two galleries join the Freight Gallery & Studios, which also opened within the same compound earlier this month.