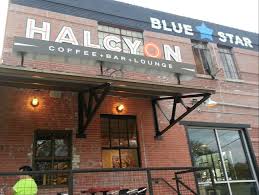 When the San Antonio Express-News reported on the transitions and renovations at the Blue Star Arts Complex in late April, they wrote that “there is a perception by many that the arts are being squeezed out of the Blue Star Arts Complex.” That perception became a little clearer when both Three Walls Gallery and Cactus Bra Space sent out short press releases yesterday announcing that they will not reopen at the complex.

Three Walls states that it will continue and that its next project will take place at Sala Diaz. For that project, Founder/Director Michele Monseau will be working with with Leigh Anne Lester and Jayne Lawrence, co-directors of Cactus Bra Space. Lester explains Cactus Bra’s decision to leave:

The reason for our not taking the space is the complex’s move to a more commercial, restaurant and upscale shopping experience, a down time of almost one year, the past and future losses of major art entities in the complex, road constructions present and future in the area.

The April Express-News article chronicled the changes and losses at the complex since the renovations were first announced. Many see these changes as an age-old struggle between artist ventures the commercial reality of realty. Blue Star Executive Director Bill FitzGibbons explained, “Artists move in; it becomes a hip, cool place; everybody wants to go there; prices go up; the artists move.” (Another major change/loss: FitzGibbons recently resigned.)

James Lifshutz, owner of the complex, described the reality of the commercial shifts. “Not withstanding that it is still about art, it also is about meeting the neighborhood where it lives,” he said. “In other words, there are folks in the neighborhood who enjoy art, but they also have to eat somewhere; they have to shop somewhere.”

Lester gracefully points no fingers, adding to yesterday’s announcement from Cactus Bra Space: “We thank the Lifshutz family for the generous support that has been shown to us over the years.”

Shades of 1970s on The Strand in Galveston. What a loss for San Antonio. Less art and more retail/restaurants does little for the city’s culture.

Sounds like San Antonio is becoming the new Austin whichs is becoming the new Dallas.
i know i posted this link before but at least one artist is point out the development smashing Texas. Growth is good. right. Big money is redeveloping Texas. http://austinfront.blogspot.com/2013/06/bum-bunny-new-work-by-paul-beck.html

That place will never be the same, the artist run spaces are the strength in SA. Aside from a few shows Three Walls kinda sucked, but losing Cactus there is a shame.