Jed Perl, Art Critic for The New Republic, Resigns in Protest After 20 Years

Jed Perl recently quit his job as art critic of The New Republic, and his elegant resignation has been getting reposted in Twitter and Facebook in the last couple of days:

Perl’s resignation seemed inevitable in the midst of a recent mass exodus at the magazine in protest over its announcement that it would rebrand the magazine as a “vertically integrated digital media company” and replace its top editor, reports the Huffington Post. Below is part of the statement sent to HuffPost by group of editors and writers:

The New Republic cannot be merely a “brand.” It has never been and cannot be a “media company” that markets “content.” Its essays, criticism, reportage, and poetry are not “product.” It is not, or not primarily, a business. 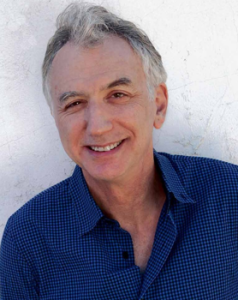 Since Perl coined the phrase “laissez-faire aesthetics” to express his disdain for the financially-driven compromise of artistic standards among artists, collectors, galleries, and museums, it comes as no surprise that he would bring those same standards to journalism.

Known for his smart (but often contrary and sometimes conservative) essays on contemporary art, art history, and the art world, he has made some bold statements on some art world darlings, such as “Gerhard Richter is a bullshit artist masquerading as a painter,” and “There is not a shred of doubt in Jeff Koons. And where there is no doubt there is no art.” Titles of his articles in The New Republic within the past year include “Liberals Are Killing Art: How the Left became obsessed with ideology over beauty,” “The Art World Has Stopped Distinguishing Between Greatness and Fraudulence,” “Whitney Biennial: The Most Narcissistic of all New York Art World Events,” and “The Super-Rich Are Ruining Art for the Rest of Us.”

This and That: Jeff Koons and Donald Trump

I was just rereading with great pleasure my old copy of Jed Perl’s ‘Gallery Going- Four Seasons in The Art World (1991)! I wonder if he’d changed his mind in any way about David Hockney? but I so agree with his remark re Jeff Looks -Richter -I’m not so sure – his nude descending the staircase was a surprise that really looked good on a recent visit to the Hermitage. I also used to enjoy reading his contributions to ‘Modern Painters’in the UK..am afraid I didn’t read the New Republic but now that I’ve rediscovered this pithy critic must obtain his most recent book.