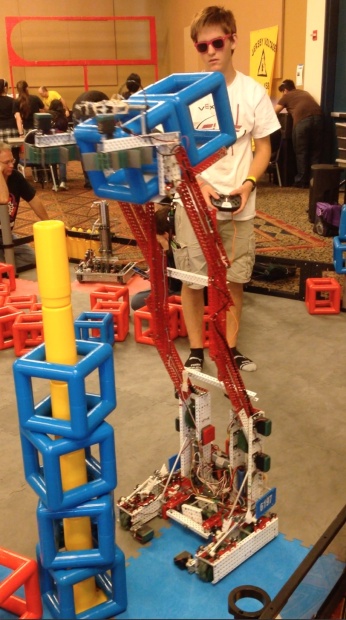 I’m not that interested in radio-controlled drone helicopters, high school robotics projects, or 3D printers. What interested me at last weekend’s Mini Maker Faire were the people. Though they were doing stuff that’s a lot like what artists do, they’re not artists. They call themselves Makers.

Makers and their fans crowded the Stafford Centre, a small convention hall just south of Houston. This was no anxious art fair; the place was buzzing. Enthusiasm is almost a defining characteristic of makers. They love their projects, love the Faire, and love being makers, and they’re not afraid to show it. Makers, like artists, are a subculture of enthusiasts, but, unlike artists, they share their common interest unblemished by pretension, and, mostly, unencumbered by history. 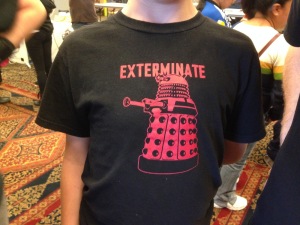 An engineer friend explained it to me: a lot of bright, creative people go into technical fields, only to end up in boring jobs that don’t fulfill their urge to tinker. They turn, on their own time, to making. This isn’t a new phenomenon: there have always been fanatic fans of technology, everything from from train spotters to RC airplane pilots, to live steamers, ever since the industrial revolution. Despite the fact that they’re doing exactly what artists traditionally do, i.e. manipulating the physical world as a form of personal expression, few makers identify themselves as artists in anything but the most self-deprecating manner. 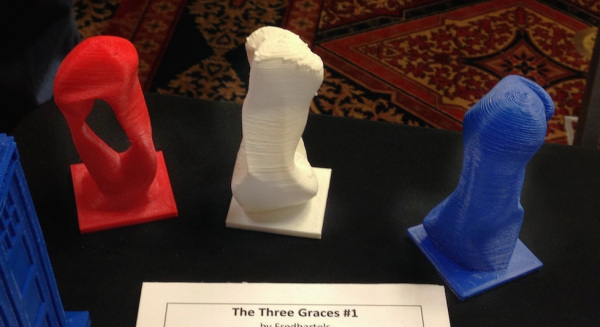 A patriotic output of a CADD file by fredbartels titled “The Three Graces.”

Take this print, for example, displayed as a proud example of the capabilities of a home-made 3D printing machine, not as an example of Henry Moore style abstraction. The design was downloaded from a vast library of doodads that makers into 3D printing (and it’s big, these days) have created and shared with one another, each sillier than the last. 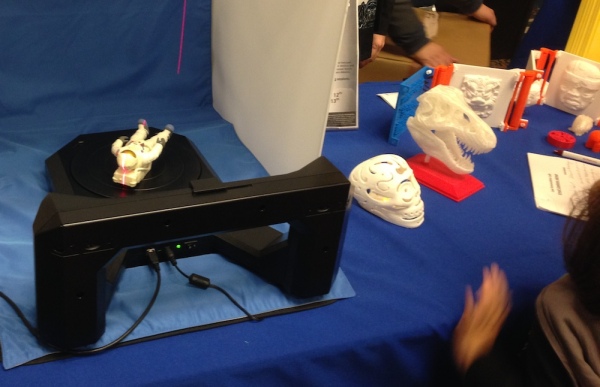 Scanning the Astronaut. Note Olmec head and T-Rex in the background

I talked to one woman who was demonstrating her 3D scanner, a turntable-and-laser  gadget that makes a 3D computer renderings of small objects. A former NASA engineer, she had hand-modeled the head of an astronaut in clay, and had used the scanner to replicate it in blue plastic.

If you were a toy company prototyping a new product, and needed to program some automated machinery to mass-produce the things, this would be very useful technology. But she was doing it just for the magic of watching a copy of her astronaut being made entirely by machine.

Across the aisle, Craig Newswanger’s Lissagraph traced it’s Spirograph-like patterns onto pizza-sized circles of paper. One of the more viewer-friendly demonstrations (the 3D scan took four hours to complete- like watching paint dry!), the machine’s surprisingly varied gyrations all derive from the relative speeds of three motors.

Watching something appear before your eyes without the intervention of human hands is seductive; it tickles the same God-fantasy that makes us dream of flying without airplanes, or bending spoons with our mental powers. The process is the real point; invariably, these amazing machines are used to make  trivial doodads. 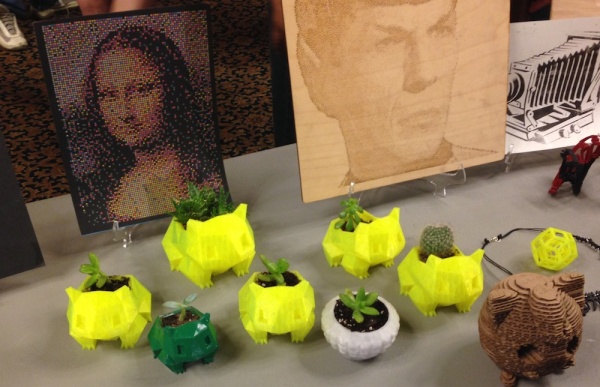 Bulbasuar planters with Mona Lisa and the eternal Mr. Spock

I assume that someday, when 3D printing is commonplace, some of the magic will have worn off. Kids will still be amazed, but adults will replicate their morning toast while waiting for their first cup of hand-ground Guatemalan high altitude coffee to boil. 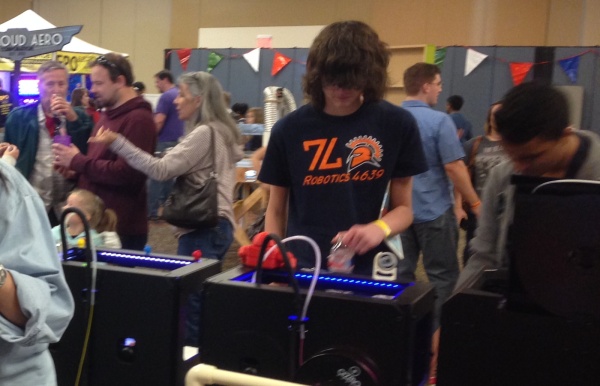 There’s another attraction to automated production: predictability. Crafts requiring manual skill have a high barrier to entry. Until a novice learns to cut glass, weld steel, or use a screwdriver, the results of their efforts are likely to be rough, and few people, especially adults, enjoy admitting they are less than expert at anything. Using computer-controlled machinery is a way to avoid the frustration of working with things in the real world and not having them turn out the way you wanted. Digital technology takes the uncertainty out of craft work: you give your drawing to the computer, the computer executes it just the way it’s supposed to, and even though it looks like crap you’re satisfied, because there are no mistakes.

Avoiding mistakes is ideal for the efficient mass-production manufacturing for which computer-controlled techniques were invented, but it’s a dead end as a source of new ideas. Mistakes have always been one of the mainsprings of innovation. When life gives us lemons, we invent lemonade. The vagaries of working with tools and materials have always been a rich source of new ideas for artists and designers, one that is foreclosed by digital technology, even as that technology opens up new, as-yet-unexplored possibilities. 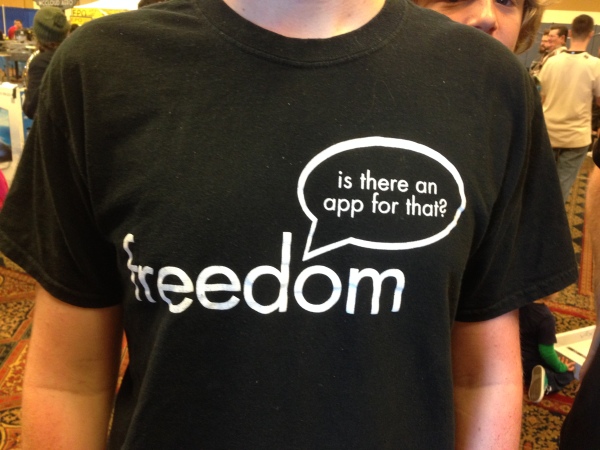 Those are bulbasaurs not pikachus. Remixed and printed in house at TX/RX Labs. Come by an open house Fridays at 7pm or Sundays at 11 am and we can show you how to print one: http://www.thingiverse.com/thing:426645