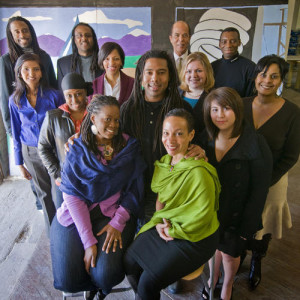 The Museum of Cultural Arts Houston (MOCAH) has announced that it will be closing, effective December 31. The Houston-based organization, founded by Reginald Adams and Rhonda Radford-Adams, has been dedicated to the design and creation of community-based public art projects and programs for 14 years. Working with community centers and schools, MOCAH has organized over 130 public art projects and facilitated numerous workshops and summer camps.

A 1999 “fairytale trip to Europe” resulted in the marriage of MOCAH’s cofounders and the experience of Antonio Gaudi’s architectural mosaic artwork in Barcelona during that trip served as an artistic breakthrough for Adams and an impetus for the creation of the community-based museum.

Reginald Adams plans to carry on his public art projects and Rhonda Radford-Adams will continue her healing arts programming. “Even though MOCAH may no longer operate as an organization,” states its website, “the legacy of the MOCAH will continue to exist as long as the hundreds of projects and thousands of people that have been touched by MOCAH exist.”