My week of exhibition openings began at Rice Gallery with Gunilla Klingberg, who was kind enough to do an interview with me for Glasstire. We began the interview before the installation was entirely finished, and I have to say that the work is even more visually stunning than I initially envisioned. The vinyl that continues up the front windows was a crucial finishing touch that makes the logos feel paradoxically invasive and welcoming. I love the artist’s description on the gallery website of the work being “viral.” It does have that feeling of spreading through one’s vision, completely taking over the space. 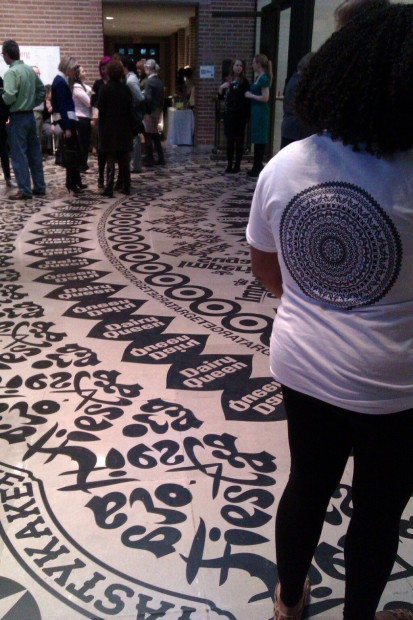 I also LOVED the t-shirts that the gallery attendants were wearing! Art stars can be like rock stars, and we can all wear t-shirts from our favorite artists to openings. Rice Gallery is also debuting a new video space with an animation by Klingberg that is just around the corner from the main exhibition space. 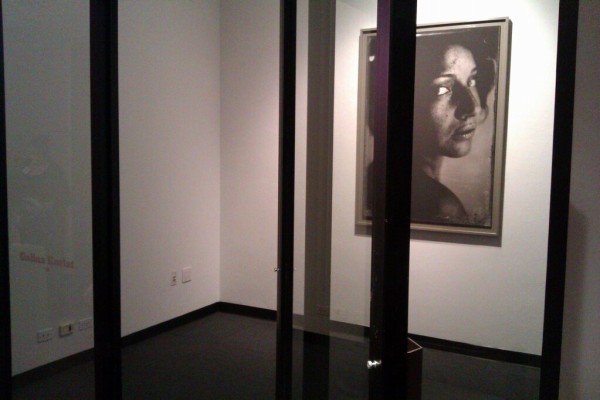 Upstairs at the Emergency Room is an austere exhibition by Galina Kurlat that consists of a single, framed self-portrait. The materiality of the photograph, soft and rich in subtle tones, is gorgeous and unlike any photograph I have seen before. 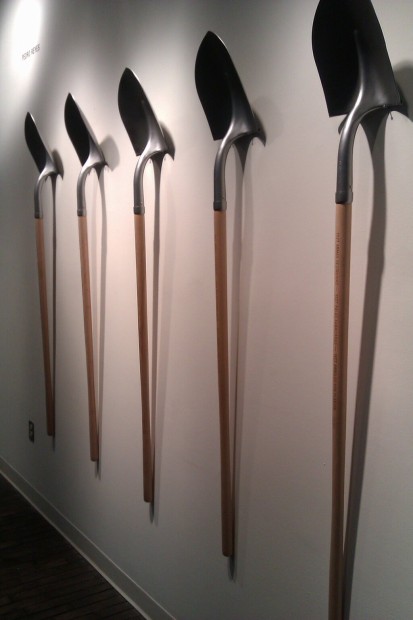 Fotofest has a moving exhibition up now called CRÓNICAS: Seven Contemporary Mexican Artists Confront the Drug War featuring disturbing images of the human cost of the war on drugs. It is an important, focused elaboration on the history of war photography featured at the MFAH. Pedro Reyes has a selection of shovels from his project where citizens in Mexico traded in their guns to be melted down to create shovels to plant trees. A tree will be planted in Houston, which is the origin point for many guns found at Mexican crime scenes. 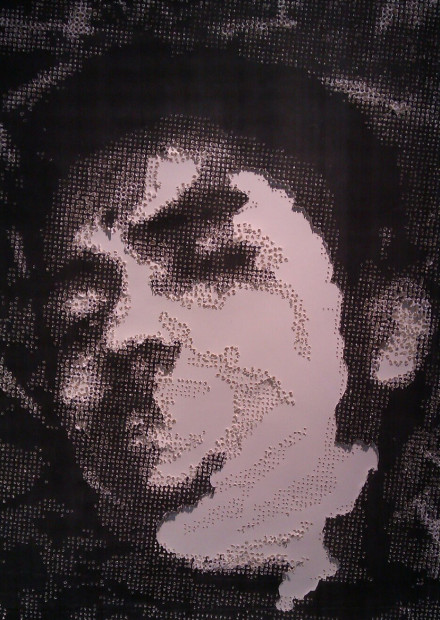 Miguel A. Aragón at Fotofest

The lush texture of Aragon’s photographs are created with layers of Xerox paper that are drilled through to create an enlarged, pixelated version of photographs of dead bodies culled from Mexican newspapers. 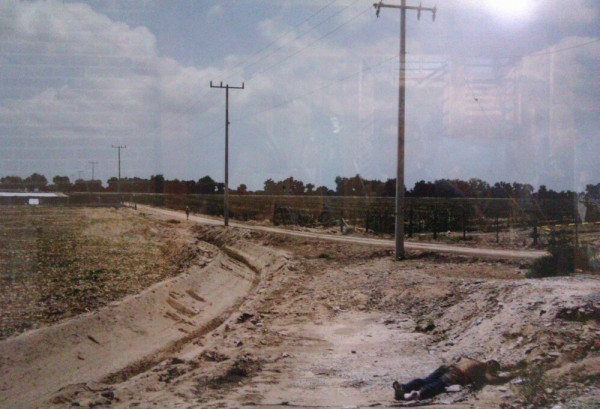 Brito is a photo journalist who has taken many of the photographs referenced by other artists in the exhibition around Sinaloa, home of one of the largest Mexican drug cartels. Victims of the war are shown as they are found, framed almost like natural features in the landscape.