Houston’s FotoFest joins the Iris Foundation, RIA Novosti and the Garage Center for Contemporary Culture in Moscow to organize a bi-continental media event connecting Moscow and Houston. On August 24, panels of public figures will convene and confab in both cities: the Moscow panel includes the Mayor of Moscow, Russian multimedia artists AES+F, and Fofofest founders Wendy Watriss and Fred Baldwin; Houston gets the stunning, rich Russian art collector and philanthropist Daria Zhukova (already referred to as “Dasha” by the Fotofest crew) as special guest. Ms. Zhukova is the founder of the Garage Center for Contemporary Culture in Moscow, which will host Portfolio Review Russia the first international portfolio review for Russian photographers on August 29 – September 2, 2011 in Moscow. The Houston arm of the event takes place at the Four Seasons Hotel Downtown. 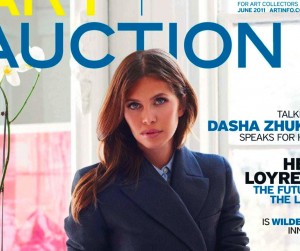