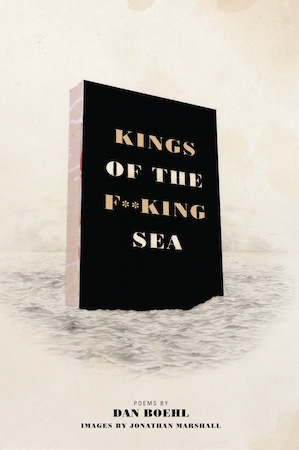 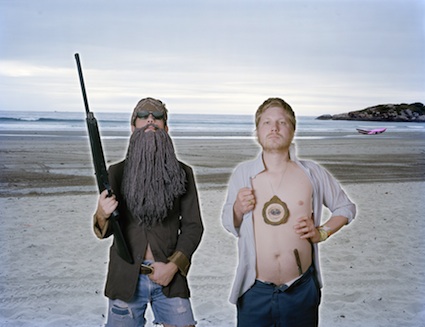 Not so much a Mirror Mirror of dual identity as it is two identities that have come together to influence and create something new. Mirror Mirror #4 highlights Austin poet Dan Boehl and artist Jonathan Marshall who spent four-years collaborating on KINGS OF THE F**KING SEA. This book features images of Marshall’s drawings, paintings, collages, and sculptures combining to create a visual essay that elaborate and compliment Boehl’s poems. 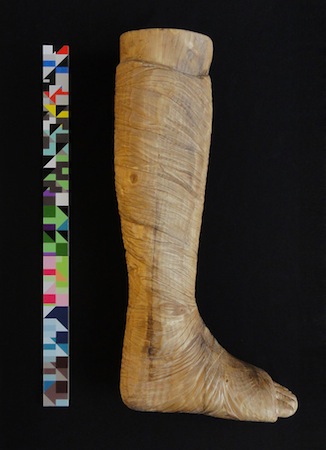 Unfolding like a poetic narrative or modern storytelling, KINGS OF THE F**KING SEA is The Odyssey or Robinson Crusoe, without the castaway or being marooned on a tropical island, of 2011. Easy to finish in one sitting, an active reader will return to the pages again and again to make sense of the historic references, art history icons, and myths that are real and invented. Once I’d finished reading it I found myself flipping back and forth through the prologue, poems, images, notes and acknowledgements trying to connect and inform. This willingness to look again made the poems and in the end my experience reading them even better. In a world filled will news like this past week in Egypt, or past years in Iraq, or past decades in Israel and Palestine, poems and poetry like the one below are still as relevant as ever.

There is a Japanese proverb that
says any person who can fold
1000 cranes is granted one wish.
This is the part where a crane
folds 1000 people. This is the
part where the swallow slays the
dragon. This is the night. This is
the night. 1000 people hang
from one tree. There is this part
I never told you. Half of those
people used to be my neighbors.
The other half were my friends.

Boehl’s work is filled with high and low cultural references. Its reoccurring cast of characters including artists, poets, merchants, sailors, and soldiers are all in search of a false freedom to be found on the open sea. From Dr. Mengele to Jack Spicer and Walt Whitman. From Rothko and Motherwell to David Bowie, Spiderman and The Green Goblin. KINGS OF THE F**KING SEA is a collection of word and image that is beautifully tragic, wrenchingly heart breaking, occasionally humorous and always intelligent. And as the poem (Minstrel) If I had a Boat and the press release state, ‘“The world invents, the sea discloses, and irony isn’t a necessary tool for successful men.” On the sea, as in art, some make it and others die nameless, destitute of love, forgotten.’ 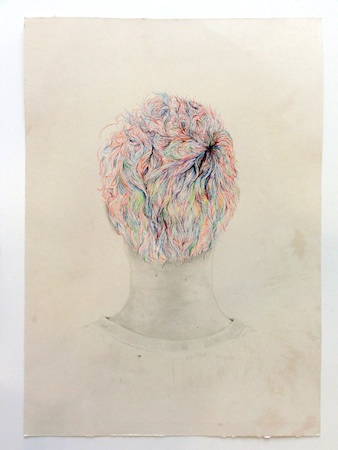 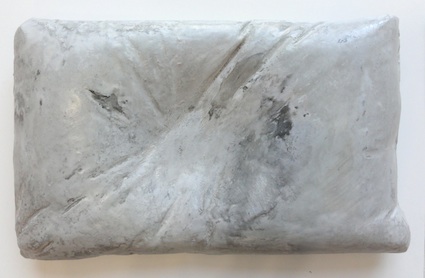 Much like the sculpture of a cement pillow by Marshall, Boehl’s poems leave no soft place to rest your head…and while you’ll be weary from the journey you will be relieved to return home again at the end of these pages, wiser in the wisdom of artistic expression and its romantic and
unavoidable failures.
2 comments

The weather is being weird again. It has me trapped. This review makes me think “Kings of the F***ing Sea” could save me. Thanks Margaret. I’ll hold on to that hope until the sun comes out.

[…] out the Glass Tire review of Kings by Margaret […]