This past weekend I attended a screening of short films, Pirate Utopias, curated by Sean Uyehara at San Francisco International Film Festival. The program, which was described as “a systematic approach to pleasurable non-productivity,” contained some of my favorite experimental filmmakers like Martha Colburn, Nathan and David Zellner, and Bill Morrison.

But I was unprepared for the last film, a Technicolor-like “epic orgy” featuring transsexual Lexi Tronic, Breanna Taylor, and other semi-naked trannies engaged in “pleasurable non-productivity” at a beachside cottage. The film was Guy Maddin’s The Little White Cloud That Cried, a tribute to Jack Smith’s legendary film Flaming Creatures (1963), which gained notoriety when Jonas Mekas and others were arrested and found guilty on charges of obscenity for simply showing the film. Flaming Creatures helped bring the issue of censorship to the fore and continues to be revered for its irreverence. But while Flaming Creatures was shot on expired black and white film stock, making it a blurry, silent cinema-style montage of drag queens and naked bodies, Maddin’s film was shot on high contrast 16mm color stock, giving details a vividness that approached another iconoclastic queer filmmaker, Kenneth Anger. By adding a 1950s Billboard hits soundtrack, Maddin (unconsciously, he says) married Anger’s pop aesthetics with Jack Smith’s radical queer cinema. A Jack Smith/Kenneth Anger love child was born. 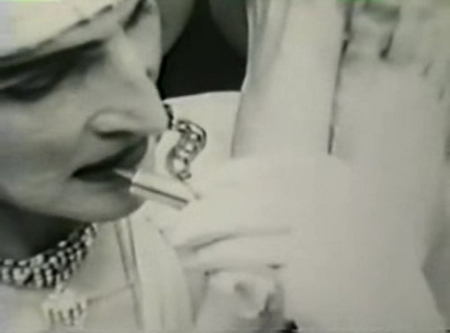 This got me to thinking, what if this was an assignment in an experimental film class? What would a Stan Brakhage/Andy Warhol love child look like? Or how about a Michael Snow/Carolee Schneeman love child? It would be a nifty way to invent some hybrid genres. But back to the film screening…

After the screening, Stefanie Schulte Strathaus of Arsenal, Berlin talked about how Maddin’s tribute to Jack Smith came into being. Maddin and some 50 artists and scholars were invited by Arsenal to view all of Smith’s films in a private screening, and then commissioned to produce Smith-inspired work (performances, film and video screenings, exhibitions, concerts, lectures and discussions) for the event Five Flaming Days in a Rented World, which took place October-November 2009 in Berlin. And this made me ponder: what American institution would commission 50 new works in an epic tribute to radical, queer experimental cinema? 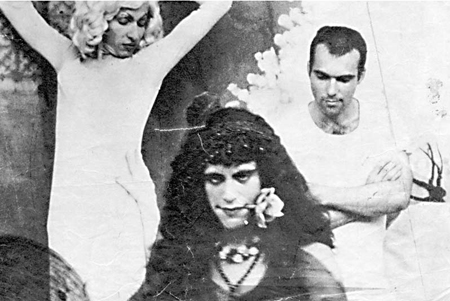 […] The Only Son by Yasujiro Ozu.This is old, but I found it doing some research: Andrea Grover ponders the making of hybrid “love child” underground films. In more modern news, Grover defines “earworms” to us, which isn’t as revolting […]