In the spring of 2020, Adele Jancovici, founder of LLAP (Le Livre Art Publishing), a New York-based art publishing company, began planning to open an art gallery in the border city of Presidio, Texas. Though the gallery’s future is currently uncertain, Ms. Jancovici has been a driving force behind a plan to create a cultural district in the small town.

After moving to Presidio in 2019, Ms. Jancovici and her partner, Matt (David) Stevens, established the Presidio Cultural District Association (PCDA) in September 2020. Both spoke to The Big Bend Sentinel in June 2020, noting how the PCDA and the arts in general could benefit the local economy. Ms. Jancovici said, “We are excited about making [Presidio] a beautiful place where people can enjoy restaurants and culture.”

The following year, PCDA and its founders were at the center of a public debate over the organization’s decision to invite a non-local artist to complete the first major beautification project in the city’s downtown. While Mr. Stevens explained that the pandemic had made it difficult for the organization to work with artists in nearby Ojinaga and Terlingua, Presidio-based artists noted that they would not necessarily describe artists working in those areas as “local.” (Terlingua, Texas is approximately sixty miles from Presidio, and Ojinaga, while only about four miles away, is across the U.S/Mexico border.)

Roxana Rodriguez, who graduated from Presidio High School and earned her BFA at UT El Paso, voiced her concerns about PCDA’s approach during a virtual Presidio Municipal Development District (PMDD) meeting. She stated: “When you’re talking about gentrification, you guys are literally doing that right now. You’re coming in here with this, I guess ego and this sense of, like, I’m better than you. Kind of classist. It’s disrespectful to the people that are living here, and they know the culture and they’ve been here longer than you have.”

At a PMDD meeting at the end of August 2021, Presidio’s City Council voted to rescind a May 2020 resolution that was in support of PCDA. Ms. Jancovici and Mr. Stevens did not respond to Glasstire’s requests for comment for this story.

These conversations and debates are not unique to Presidio — artists across Texas have raised similar concerns as art organizations seek to find a balance between supporting local artists and working with other established artists. During a panel discussion at the Modern Art Museum of Fort Worth in September 2021, led by Christopher Blay, Dallas/Fort Worth muralists pointed to similar concerns about a 70-foot mural commission from the Near Southside that was awarded to Brooklyn-based artist Eric Inkala.

On the other hand, Houston-based Project Row Houses (PRH) has long been a model of how art organizations can enhance a community through a combination of art programs, neighborhood development, and community enrichment. While the term placemaking has become popular among creatives who are transforming neighborhoods through the arts, PRH pointedly uses the term placekeeping to refer to their work of investing in the community that has existed for generations in Houston’s Third Ward. 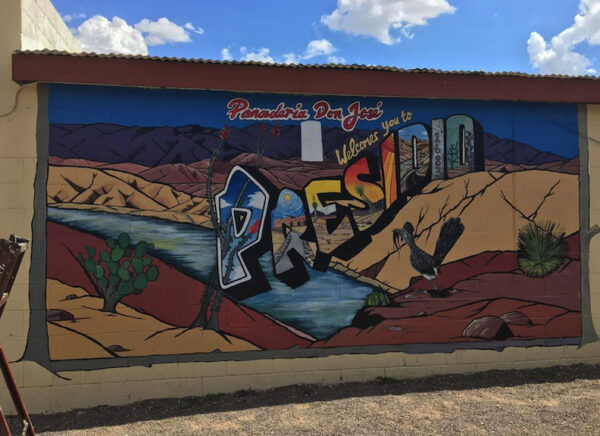 Recently, Presidio’s local artists, students, and organizations have come together to bring some of the ideas generated through PCDA to fruition. Just this week, artist Ramon G. Deanda (who typically works in printmaking and sculpture) has completed a mural on a local panaderia featuring the area’s west Texas landscape and text that reads, “Panaderia Don José Welcomes You to Presidio.” On his Instagram account, Mr. Deanda remarked that this was his first mural in Presidio in seven years, and that the location is particularly significant because twenty years ago, as a young teen, he was commissioned to paint a mural by the same establishment. 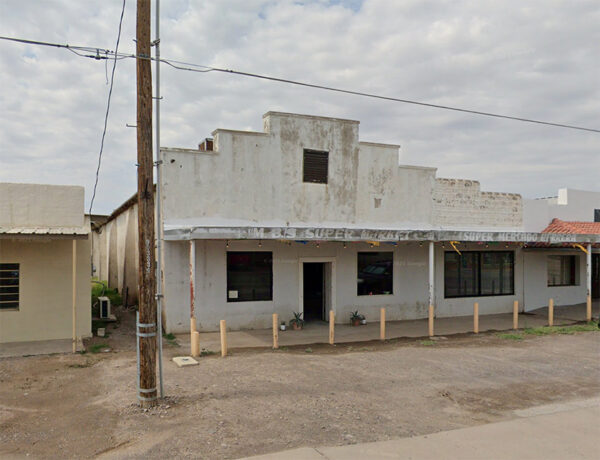 At this point, the future of  Ms. Jancovici and Mr. Stevens’ gallery in Presidio is still uncertain. The space, Wet Dream Gallery, launched an Instagram account in March 2020, and the most recent post on the account had been made in February 2021. In the last few days, the account appears to have deleted all of its posts. Presidio’s Mayor, John Ferguson, told Glasstire that the space the gallery was planning to occupy is still under renovation, and he is uncertain if there is a planned opening date at this time.

Another wet dream interrupted by reality.