Ramon G. Deanda, who recently painted a mural in his hometown of Presidio, is in the process of constructing a printmaking studio for local and visiting artists in the small border city in West Texas. 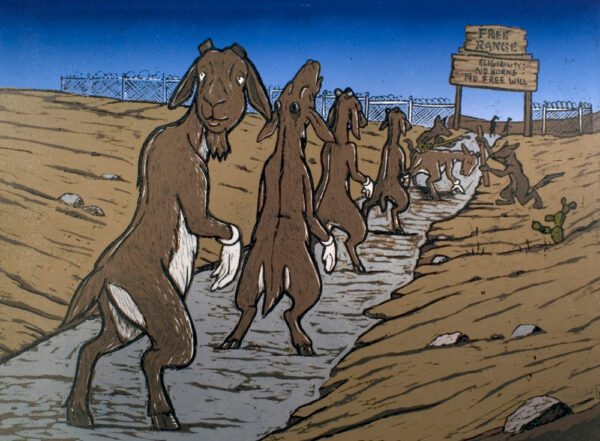 Eight years ago, Mr. Deanda was given a rare opportunity by a family friend who offered to sell him five acres of land for $4,000. According to Mr. Deanda, the property’s previous owner thought that an artist could use the land to build a cabin and draw inspiration from the environment. A printmaker and sculptor, Mr. Deanda often uses West Texas imagery, like desert landscapes and animals, as well as references to West Texas’ culture and economy, to highlight issues related to capitalism, power, and human rights. With his father, the artist began construction on a studio space on the property. 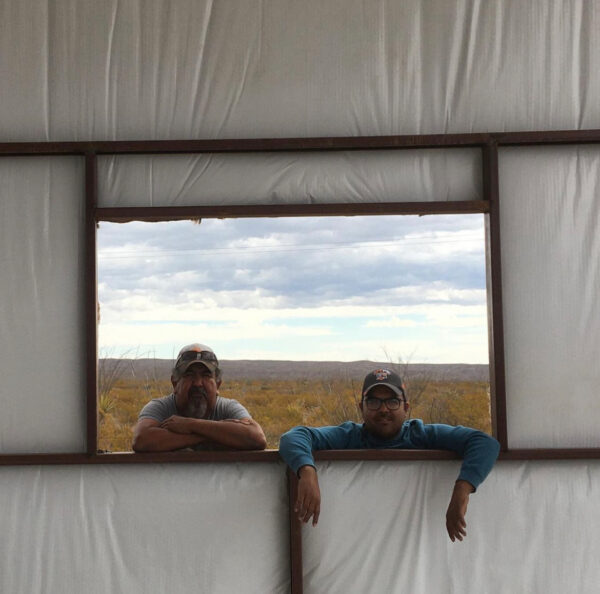 Mr. Deanda told Glasstire, “To me, it’s full circle. I started this thanks to working with my dad [and his friends] since I was a kid… and then, all through college working with them paying for tuition… and now, as a professional I’m still working with them, but instead of working for other people we’re building our own structure.”

The first elements of the 1,500-square-foot structure went up six years ago, but the project stalled until recently, in part because the artist was not fully based in Presidio for some of those years. Mr. Deanda received his BFA in Odessa at the University of Texas Permian Basin in 2011, and his MFA from the University of South Alabama in Mobile in 2019. After pouring the concrete foundation in 2021, earlier this year Mr. Deanda found new inspiration for the space through conversations with Adele Jancovici. Ms. Jancovici is the founder of LLAP (Le Livre Art Publishing) and a new Presidio transplant, and is planning to open a gallery in the city. 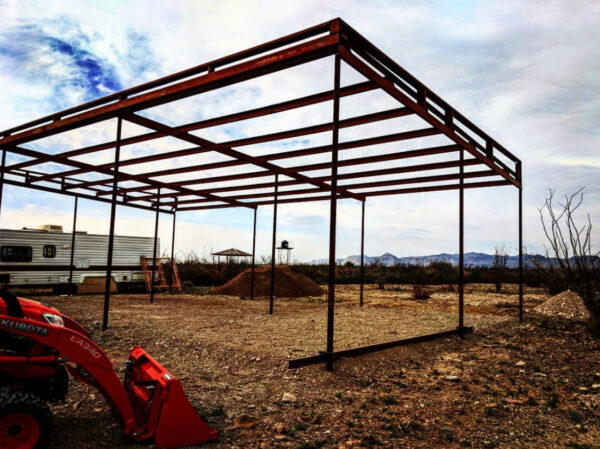 When asked what impacted him about his conversations with Ms. Jancovici, Mr. Deanda said, “It was a phrase that she told me, ‘What you decide is on the other side of fear.’ And I decided I’m going to stop being afraid and just go with it. Starting in January [2022], I haven’t stopped working and adding to my future studio.” 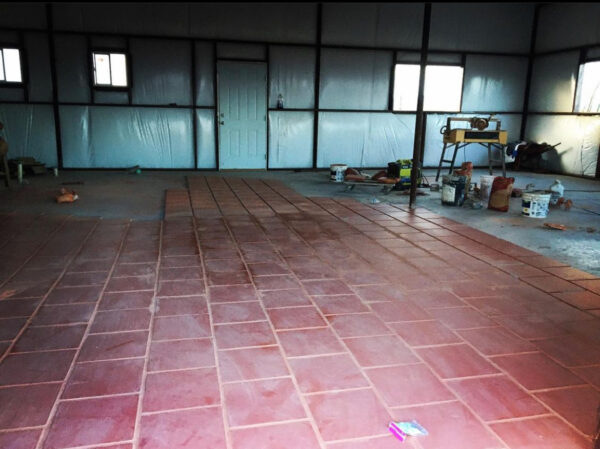 The interior of Ramon G. Deanda’s studio, which is currently in progress. Photograph via Instagram, posted July 7, 2022.

Mr. Deanda’s timeline for completing the community studio space is still a year or two away depending on funding, but he intends to have the exterior of the structure completed by the end of this year. The artist is mostly funding the project himself through his job working at a local high school, and through sales of his work. 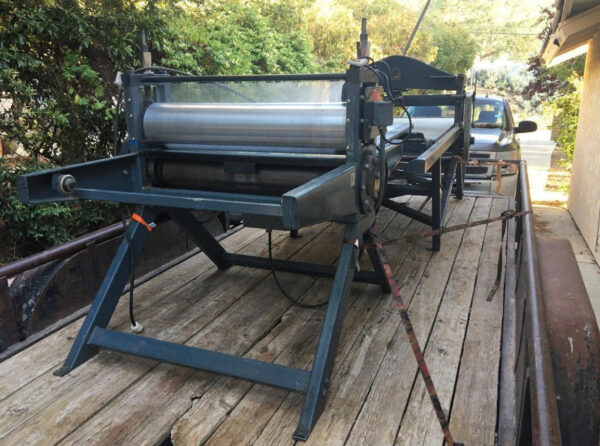 Recently Mr. Deanda also received two printing presses from a former professor who now works at California State University, Fresno. Initially Mr. Deanda drove out to see a lithography press, but while in Fresno, he also learned that an etching press was available. Both have been transported back to Presidio and will be part of the future studio.

Though originally Mr. Deanda thought of the space as a personal studio, his intentions have shifted; he plans to make his printing presses available to other artists, both locals and those visiting. Oftentimes, after leaving university, artists do not have access to large-scale printing equipment. While larger cities sometimes have community presses and printshop membership opportunities (like the Flatbed Center for Contemporary Printmaking in Austin and Burning Bones Press in Houston) the West Texas region lacks these types of facilities.

Additionally, Mr. Deanda plans for his studio to be a space for community building around art through learning opportunities and through fostering artistic dialogue. Mr. Deanda hopes to open the space to young artists as well, and has talked about the possibility of apprenticeship opportunities. As an educator, this is particularly important to Mr. Deanda who sees a lack of these types of resources in Presidio.

Marfa (which is about sixty miles north of Presidio) has school tours, workshops, and educational resources offered through the Chinati Foundation, year-round arts educational programs offered for children and adults through the Marfa Studio of Arts, and an after school program for high school students that provides studio space, art supplies, and mentorship. Talking to Glasstire about the availability of arts resources for the community in West Texas, Mr. Deanda stated, “If Marfa can have something like that, then why can’t Presidio?”