The Houston Center for Contemporary Craft (HCCC) recently announced the forthcoming departure of longtime Curator Kathryn Hall, and its subsequent national search for a new curator. 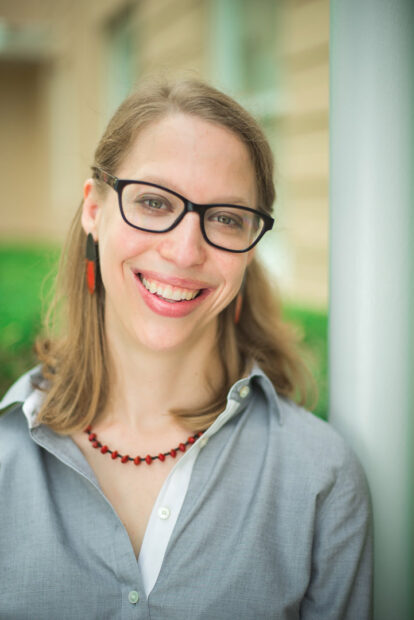 Ms. Hall, who began her time at HCCC a decade ago as a curatorial fellow, will leave her position in June. During her time at the organization, she curated twenty-five exhibitions exploring themes like food, culture, and social practice. She will be relocating to New York, where she is pursuing several independent projects.

In a press release announcing Ms. Hall’s departure, HCCC’s Executive Director Perry Price stated, “The impact that Kathryn has made on the Houston Center for Contemporary Craft over her decade-long career here is immeasurable. Without the exhibitions she has curated, the work she has fostered with artists and colleagues from the Houston area and across the country, and the scholarship and ideas she has generated, the field of contemporary craft and the arts community of Houston would be much diminished.”

He continued, “We have been the grateful recipients of her talents and look forward to future continued collaboration. The staff and board of HCCC wish her nothing but success in her future pursuits.”

In a 2019 essay, former Glasstire Editor-in-Chief Christina Rees wrote about how United by Hand: Work and Service by Drew Cameron, Alicia Dietz, and Ehren Tool (curated by Ms. Hall) left a lasting impression on her. In the exhibition, which featured works by three military veterans, each artist incorporated a participatory component that engaged the community. Ms. Rees went on to praise the organization as a whole, and said that the curatorial perspective of the HCCC”feels playful and open.”

Reflecting on her time at HCCC, Ms. Hall remarked, “It is hard to put into words the amount of gratitude that I have for the Craft Center, its staff, board, and the communities that the organization nurtures. I am grateful to have had my start in an institution that values collaboration and understands the benefit of supporting emerging artists and arts professionals.”

She continued, “I appreciate the space and creative freedom that the Center has afforded me, and I am indebted to the staff and artists whom I have worked with. HCCC is a unique part of Houston’s vibrant and collegial art scene, and it has set high standards for any work that I will do in the future.”

After her departure, Ms. Hall will continue to work with HCCC in an advisory capacity to ensure a smooth transition and, as an independent curator, she will curate some projects for the organization which have already been developed.

HCCC has begun its search for a new Curator & Exhibitions Director. View the job listing on Glasstire’s classifieds.