Queer Logic For Settled Land: In the Studio With Vick Quezada 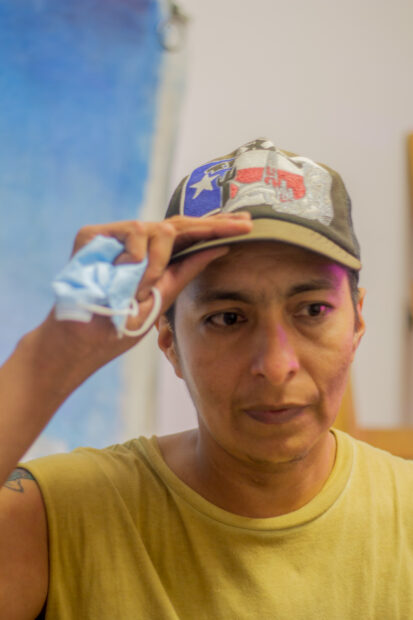 Vick Quezada in their studio

Working artists are tasked with the indistinct responsibility of turning disparate materials into things. Things that contain meaning, but not too little or too much. There is no right or wrong way to do it, but the thing must stand on its own, and it must deviate far enough from functionality to avoid being a product. And yet, ideally, it should be salable, and represent some kind of personality that the artist has cultivated and developed. These things are meant to sit politely in galleries and museums, and they need to attract desire.

That’s the mode of the primary market, at least —  the type of industry artists are meant to inhabit in order to function “professionally.”

What if an artist doesn’t want to (or can’t) sponsor a fabrication lab, full of assistants, to iterate out the various models and maquette into fair-ready idols, prepared for the onslaught of collectors and curators and trustees for whom “value” is a means to an end? Artist have to ask: How does making objects transcend this mode? How does an artist transcend this mode? 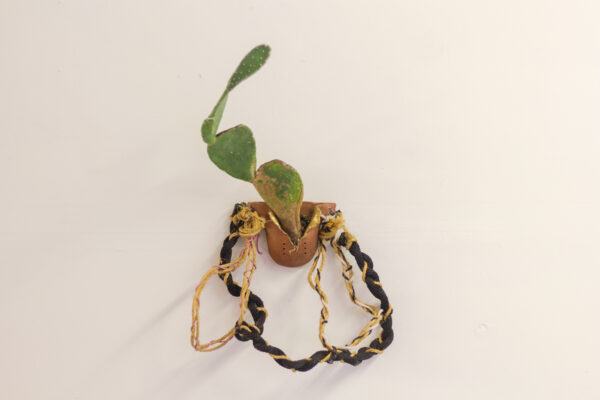 Enter the work of Vick Quezada (they/them), a multidisciplinary artist working in Northampton, Massachusetts. Originally from El Paso, they attended graduate school at UMASS in Amherst, two hours west of Boston. Quezada’s studio resembles a lot of the art-customized warehouse spaces in Texas. While they set up an installation for viewing during my visit, we chatted about how Texas has changed since Quezada was in the state. We exchanged thoughts on how Massachusetts summers make the winter worth the long detour that Quezada has taken since completing their MFA. Western Massachusetts has a “queer sociality,” as they call it, which supports their practice. Quezada was recently awarded the Andrew W. Mellow Latinx Artist Fellowship, and will participate in the 2021 summer residency program with MASS MoCA in North Adams.

Repurpose and reuse are common in art making, often because art materials are expensive, and most artists don’t have the backing or patronage to support an expensive practice. Quezada employs rasquachismo, a visual theory that’s made its way into contemporary art practices.

For Quezada, it is not just a theoretical approach, it is part of growing up in El Paso. “My dad was constantly taking different parts of pieces. He would use motors from other parts and put them into our air conditioner. He’d take things that he’d find that were discarded and add them to our house. It’s something I’ve always practiced; it’s just part of what I do and what I know. So I could see the question of like, aren’t you romanticizing poverty porn? And the answer could be ‘yes,’ but it’s also an extension of what I know and an embodied practice. This is a lifestyle — this is what people do as part of surviving. It’s an extension of my practice.”

I ask Quezada, then, why make salable products out of post-consumer pieces? And what is it about making objects that attracts Quezada? The artist says that consumerism lends a meaninglessness to existence. It shows a lack of care. While out walking in town, Quezada spots a bucket installed on a van — a simple amendment to the vehicle meant to be used for cleaning. Its placement was ergonomic and useful. Quezada interrogates why the object appears beautiful, and says it’s because cleaning jobs are so tied to a legacy of the person who does them, and Quezada’s mother’s life. The bucket on the van reminds the artist of the roles in society of those who contribute. For Quezada, objects are capable of embodying humanity in ways that perhaps we’ve forgotten. Objects can embody a legacy because they contain lives, experiences, and functions relative to their construction. They are not end points in themselves; they live before, during, and after they have been made.

“There’s material history, an aura in the object,” says Quezada. “Ceramics or clay is political, because it is the earth.” They admit that invoking “political” may alienate some people, but it illustrates the artist’s penchant for making connections to the sense of life that all things carry. For Quezada, design is not the same as the essence of materiality. Not everyone can see the object’s aura, and not everyone cares to.

Quezada’s work questions established economic concepts of  “value,” and it also tackles the underlying theses and assumptions that order our lives. Quezada’s study of indigenous religions centers on ancient thinking styles and the dialectics of knowledge. As the artist says, “There’s different ways of being. There’s not one rigid binary.” 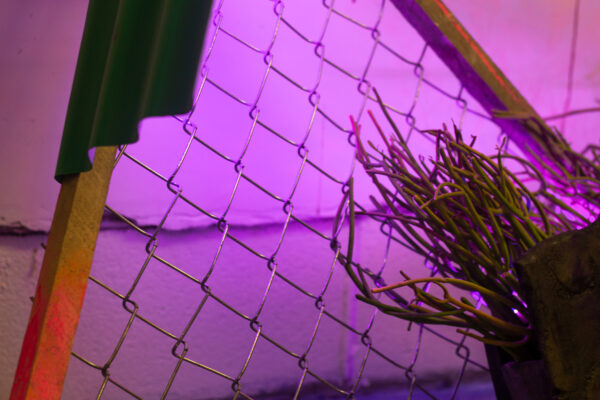 Binaries are continuums, dipoles, and recipes coordinating the relationship between two supposedly different things. Quezada feels that a pervasive on/off switch moderates our social constructs. Gender, for one. Male and female are discrete entities, which reflects a larger attitude resultant of settler colonialism. Quezada asks: Is there another way of considering the theories that ordain reality? A cooperative, dualistic means of explaining the world comes to light. For instance, the corn god of Aztec theology is dual-gender, and scientific nomenclature describes corn as being monoecious — or containing both male and female flower systems.

Quezada also talks about the nature of blood purity laws, which came about after the Spanish colonized Mexico. It was a mechanism to de-privilege the indigenous population that was becoming intertwined with the colonizer population. Throughout history, those in power shift goalposts in order to gain more power. It’s a cycle. One group migrates and removes the people that were already there. But when does the cycle start? I ask Quezada if settlers can be unsettled people themselves, and Quezada reiterates that patriarchy and capitalism are central to the excavation of life for profit. It’s the spirit of usurpation, of genetic and material recombination created by a masculine search for power. This is not the way things have to be.

“Indigenous knowledge and religion values the earth and whatever ecologies they’re engaged with. It’s for preservation. Settler colonialism is for extraction and exploiting,” says Quezada. 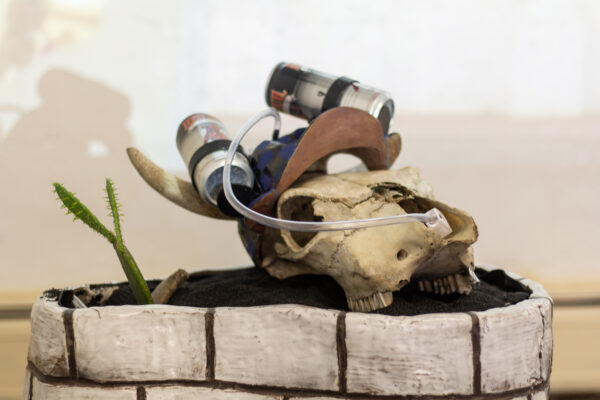 In Quezada’s studio, I spot a cow skull affixed with a beer-can hat, with a hose directed towards the spare jawbone. Quezada found the skull on a hike. For Quezada, the animal’s skull is not detritus. It is part of the earth’s function and energy. The artist’s stance is that objects are not simply to be made, sold, or discarded. Objects are for consideration. Humans share a relationship to the materials that we touch and mold, and it’s not to be taken for granted. 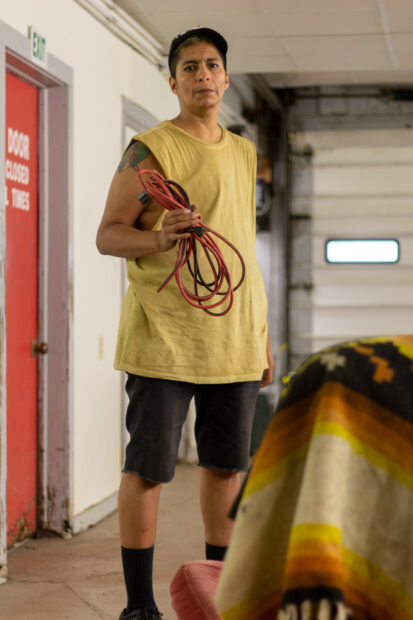 Vick Quezada in their studio