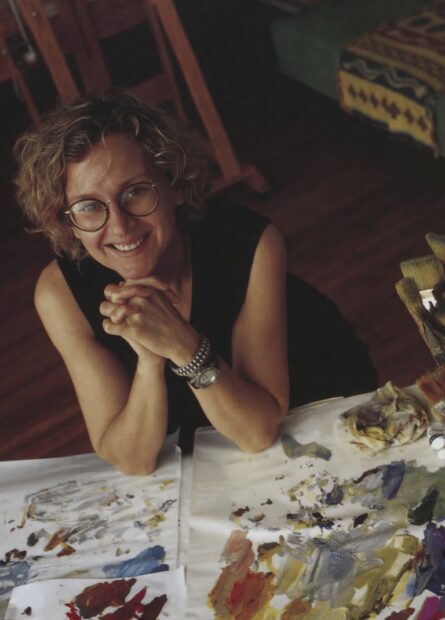 On August 28, 2020, Darra Keeton quietly slipped away from this world. Today, February 5, would have been her 74th birthday. Having been an abstract painter from the New York art world and a Rice University painting professor for nearly 20 years, she meant a lot to a lot of people. But I can really only speak of Darra from my perspective. She was my professor and my friend.

Darra is the reason I have a relationship with art. Up until I met her, the art world registered as some snooty, foreign universe that held no place for me, but Darra made it accessible and unintimidating. I partly credit her personality: she was incredibly endearing and outgoing. My introverted self always marveled at how easy it was for her to talk to people, how nonchalantly she would ask people to hang out with her. Doesn’t she ever worry about rejection? Doesn’t she ever get tired of people? Or tired in general?

I can understand now, being a teacher myself, that it wasn’t just her magnetic personality that drew us all in. She had a teaching style that worked on us; she approached teaching with a gentle insistence that art is a practice developed over time, and she dispelled the myth of the “artist genius” who magically foists his inherent gifts onto the world. It’s not that she ever explicitly said this, but she modeled that ethos in her classes by making art feel like a world full of possibilities, a new language through which one can discover herself, rather than just walking into class already having been deemed “naturally gifted.”

I found drawing tedious and exhausting, but I took those classes because of her — because back even then I think I understood that she was the kind of professor who would give me the room and time to flounder and find my own way. Instead of drawing, I spent way too much time talking to her in her office, where she would often hand me a Tootsie Pop from her drawer and suggest artists for me to research. She introduced me to artists like Tracey Emin and Janine Antoni, among others — important women artists who are brazen and confessional, and who use their bodies and materials in ways I had never seen before. Darra showed me, for the first time, that art could be a tool for courage and vulnerability. Without even realizing it, she was the catalyst that got me to confront the fear and shame I felt around my sexuality, allowing me to finally come out of the closet. 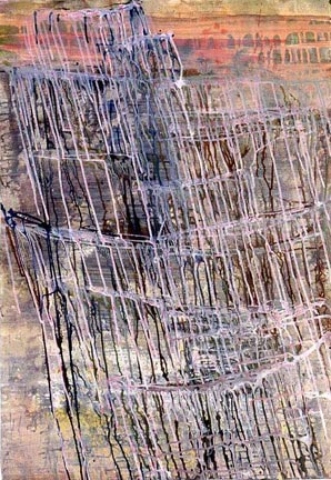 The summer after my senior year I received an award through Rice that allowed me to study LGBTQ art in New York. At this time in her life Darra would leave Houston on summer and winter breaks for her apartment in New York, working on her paintings and attending residencies like Yaddo. She allowed me to stay with her rent-free while I was there. It wasn’t until I was older that I fully understood the sheer generosity of sharing your New York City apartment with an early twenty-something for nearly three weeks, but that was Darra. She also set me up with an internship with Art In General, an important non-profit art center in Manhattan and a place where she’d previously exhibited. It’s my understanding that she was this generous with many of her students, which is pretty remarkable. 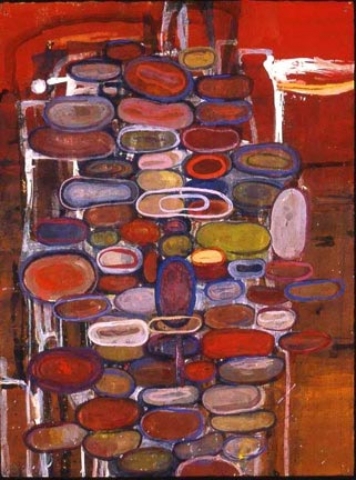 I think she was amused and mildly appalled by how reserved I was in New York. For her, New York was where she could be her true self, forge the kind of friendships she cherished throughout her life, and make work — an unbridled abstract painter unleashed in the city! The woman in the Philosophy of Andy Warhol who warned Andy not to eat fried chicken! Here she was: a woman who felt that New York was her playground; and here I was: a kid who came to the City That Never Sleeps only to fall asleep at a reasonable hour. We spent many nights playing Scrabble. 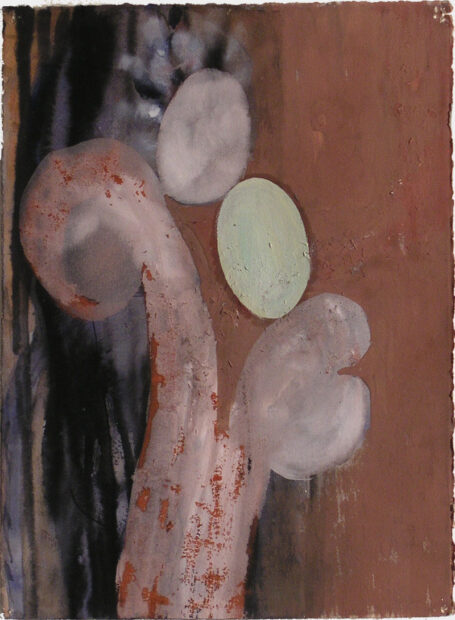 Darra also fueled my love for abstraction: the way it can communicate emotions in a coded language, the way it can convey honesty and sincerity unabashed. Amoebic and neural, Darra’s work was always honest, and always dared to be sincere. I found that her work often felt womblike and architectural, and sometimes bordered on entrapment. She was masterful at hinting at aggression without overselling it. She knew how to let the emotion slowly rise to the surface rather than smacking you in the face with it. Much of her work remains in Rice University’s collection, and it’s my hope that she’s considered part of the canon as an important abstract Texas artist, particularly a woman artist, because she deserves it.

Up until the end she had a studio space carved out in her apartment, and she made painting after painting, driven by her love for it. She was also working on her memoir. She read a chapter of it to me — a chapter that, like her work, was deeply personal and honest. Her writing was nearly as powerful as her paintings. I hope someone takes it on and publishes it one day.

Darra, you’re probably off somewhere in the far reaches of the universe, dancing with all the great artists to Italian pop music. And in case you’re reading this: Happy birthday.

Betsy, thank you for honoring Darra with your own honesty and courage, both in your own work and in your own words. These are important words and works to help me remember her fondly. Paul

Thank you for honoring Darra with this wonderful article.

What a wonderful article about Darra. She was always someone that to me was so cool, a mystery in many ways (she was my best friends older sister) and I remember growing up their house was filled with her paintings to show off when people came over. We loved when she visited and I can remember watching her get ready to go out to visit friends while she was in town (Middletown, OH). As we got older and reconnected as adults/friends and bonded over her sisters untimely passing, I came to appreciate her unbridled appreciation of life…