Notes on Artists and Social Media 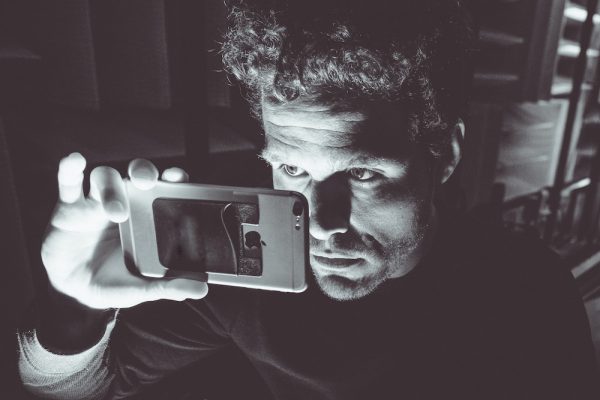 Abel Flores in Rehearsals with Therefore, by Alisa Eykilis

Artists have always had to contend with popular media. Sometimes the dynamic is symbiotic, other times antagonistic. Art often requires physical boundaries — galleries, theaters, concert halls — in order to be properly contextualized. But opportunities for physical exhibitions and events are largely nonexistent during a pandemic. Social media can seem the best way to get your work to a public. But is it?

Artists cultivate and rely on rich internal worlds — robust machineries of meaning making. Art takes time, isolation, and is often fragile. Social media makes us porous, distracted, diffuse. It encourages us to frame our work within conventions of platform-specific discourse, to repeat patterns and repost clichés in exchange for attention. The arts have commercial and social pressures no different from any other field: marketability, timeliness, etc. Social media amplifies and distorts these issues, and adds its own demands.

It’s like making art with PowerPoint. A few have done it, conscious of and exploiting the limitations and clichés, but mostly in the end it just looks like PowerPoint. Same with social media — everything looks like social media. You are one among the endless stream, along with the meme of the week and someone’s new puppy. Speaking of puppies, a number of years back I posted a found photo of a puppy that wasn’t mine and labeled it “new puppy!” It received more likes and comments than anything I had posted to date, and took less than a minute to “make” and post. Creative and research projects that took weeks or months and hundreds of hours couldn’t compete. Fake puppy defeated them all.

Oscar Wilde said that a writer — and I would add every kind of artist — is “someone who has taught his mind to misbehave.” There are no ways in which using social media is avant- garde, unless we come at it fully obliquely, from the outskirts, beneath or around its social and political assumptions and emotional reductionism. Successful posts, or even merely acceptable posts, exist within a range of evolving trends. Social media rewards you for coloring within lines drawn by others. Likes and reposts are awarded to the conventional — even if the convention is but hours or days old. A truly avant-garde post would generally garner minimal response. It doesn’t compute. It’s not part of the conversation, and outside the bounds of what we might call an Overton window of social media.

Over the years I’ve made a series of critical media-art projects that went directly at the assumptions of social media and the internet in general. But critiques about social media that were once controversial are now commonly acknowledged, and we continue to participate. We know that Facebook is a data inhaling advertising platform, for example, and that its 2.6. million users are the product. We know it was a key enabler in the 2016 election, and it’s happening again. We know it is propelled by propaganda, influence campaigns, and bots, and that it thrives on conspiracies, anger, and outrage.

So how do our considered, thoughtful posts about our life’s work fit in this context? A delicate drawing; an honest, wrenching poem? Not to worry: nearly 50,000 Facebook employees are on it. The drawing is analyzed with computer vision and AI and the poem is parsed and correlated with advertising profiles. As Marc Andreessen says, software eats everything — which today means AI is doing the chewing. All posts feed the machine, further enriching Zuckerberg and @Jack and ByteDance. Our art is happily eaten and digested by algorithms.

Another approach I took, shared with a few others several years ago, was to flood my data stream with false information; to pollute and obfuscate my online identity to the point of complete unreliability to those who would exploit it. But now the internet thrives on falsity, and we elect our leaders in no small measure because of it. Obsequiousness and self dealing are de rigueur. It’s an ouroboros of ungrounded, vacuous attention. And then there’s that painting with your soul spilled all over it. Are these places we should even be?

So where to go, what to do? We might learn something from the K-pop fans and Tiktok users who leverage their networks to pollute data collection efforts by the Trump campaign (reserved tickets) and Dallas police (protest videos). This kind of strategic and timely approach cleverly exploits the amplifying effects of social media platforms. It is targeted, specific, and uses the power of networks rather than being used by them.

But “coordinated inauthentic behavior,” as Facebook calls it, cuts both ways. We may applaud one effort and be bitten by another one scroll later. And most art is not made for the network — we just want the network effects of distribution and interaction for our existing projects. But as with physical spaces, online we decide if we want to engage and how, and we have to consider how our ideas are recontextualized, used, and what ethical conditions are introduced. Imagine placing your work, or holding an event, in, say, a megachurch, a Waffle House, or a major bank. These physical spaces are easy to get your head around. But the internet?

The question is what kind of dialogue we want between our work and social media, and how symbiotic or dissonant it is. Would your art be better, worse, or not exist without social media? If we were to design from scratch an interaction model between our work and our public, would it look like any existing social media platform? Would we remap the axes of tension, redefine connections, rethink community? Artists are always breaking the traditional structures and roles of venue / creator / viewer. Taking an oblique and critical angle on our social media use might be a start at remapping our engagement with it.

In the end, is it about the work we have created, or is it about all the things we’ve liked, meals we’ve had, and memes we’ve reposted? What will we remember? Or rather, what will Facebook, Instagram, Snapchat, TikTok and whatever else remember for us? Will it be a body of work with occasional sprinkles of personal detail, or just sprinkles?

Dean Terry is a transmedia artist, Director of Therefore Art & Performance Group, and Associate Professor of Arts, Technology and Emerging Communication at UT Dallas. He is currently writing a book on creativity and technology. Twitter & Instagram: @therefore

The “Museum” is Dead. Get Over It.

Very nice thought provoking article. I read all the way to the end. A triumph!

Yes, no, okay, and also… I’ve discovered countless artists via social media I never would have otherwise. My life is richer for that. Not the same as other types of interactions, I get it, but different, and legitimate, and constructive. I’ve connected with other artists, and some of those connections have blossomed into friendships or collaborations. I’ve kept up with what my artist friends and peers who are not geographically close are up to. I’ve gotten glimpses into their personal lives and the stories that inform their work, dogs and cats and babies and food pics included. All positives. Social media is one layer of many layers. Sometimes it’s infuriating, sometimes it’s empowering. Mostly it’s benign. Social media is an aspect of something larger. My work often doesn’t translate well to social media, and I get all that you are saying, but there are a lot of potentials in there that are spoken of as givens… i.e. social media POTENTIALLY makes us porous, distracted, diffuse. It POTENTIALLY encourages us to frame our work within conventions of platform-specific discourse, to repeat patterns and repost clichés in exchange for attention. Give artists some credit. We are savvier than all that. And sometimes we just take advantage of the existing technology to make and maintain connections with each other. It’s not all vacuous self-promotion.