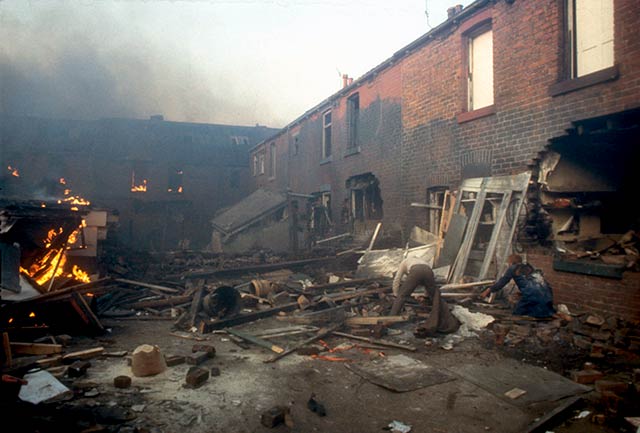 Phewwwww. This was a recommendation by a friend (thanks?) and is one of the scariest and most unsettling things I’ve ever seen. A BBC TV movie about the effects of nuclear war on the city of Sheffield, England, Threads slowly and nightmarishly progresses from young lovers starting a family to an unimaginable dystopia in just a few months, following a nuclear exchange between the US and the Soviet Union. To say this was a bit too-on-the-nose for right now is a massive understatement. I literally am amazed this played on TV (also in America). Prestige TV is much gorier now, but I’m not sure I’ve ever seen anything as terrifying about societal breakdown. Rigorously unsentimental and realistic (it’s played as a documentary of sorts), it’s difficult to recommend Threads in these times, yet paradoxically it feels like essential viewing. Perhaps the most devastating final shot of all time. 5/5 (Amazon)

New Series: Movie of the Day: “Get Carter”

One of the best horror films I’ve seen is called SECONDS by John Frankenheimer from the 1960s. It’s not a zombie-apocalypse type movie, but extremely well done and absolutely gut punching at the end. Legendary cinematographer James Wong Howe filmed it and Rock Hudson (yes, he COULD act and this proves it…) gives his absolute best performance. Talk about creepy. The final scene is DA BOMB. And it could even happen…. (disclaimer: this movie is hard to find and I’ve only seen it very rarely on TCM cable channel usually in the middle of the night. It’s not even on my list at the Criterion Channel… but it’s one of the best movies ever. Creepy but right up there with the big guns.)