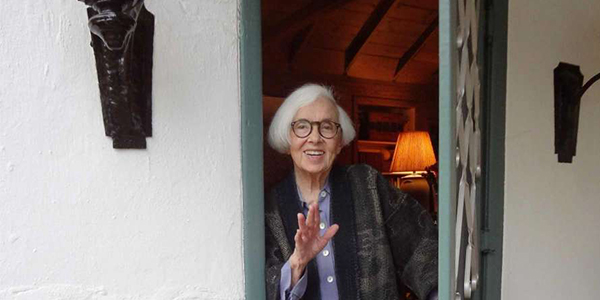 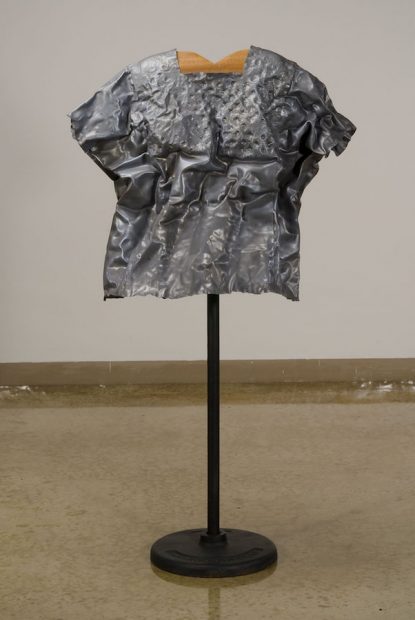 There was a recent solo exhibition of her work at the San Antonio Museum of Art (SAMA) titled Marilyn Lanfear: Material Memory, which ran from August through November of 2018. Via SAMA: “Motivated by personal family history and the urge to preserve memories, Lanfear’s body of work is a testament to her rich Texas heritage and her industrious spirit. Whether by assembling a collection of carved wooden shelves or soldering a blouse made of lead, Lanfear demonstrates a dedication to the process of art making, techniques, and materials. She elevates the everyday to speak to a common shared experience both through the presence of objects and through what, or who, is missing.” 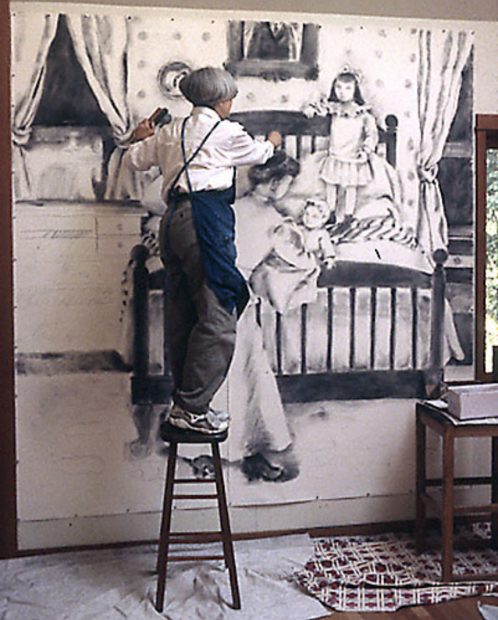 From an obituary posted on Porter Loring’s website: “Marilyn was one of the artists who helped organize events around The Artist and The Quilt that opened at the McNay Art Museum. The show traveled and eventually was purchased by the Philip Morris collection. It was also documented in a book.”

There will be a memorial service for Lanfear this Friday, January 24, at 11 am at Christ Episcopal Church, 510 Belknap Place, San Antonio. The family has suggested contributions be made to the San Antonio Art League and Museum, 130 King William St., San Antonio, Texas 78204.

Thank you for your wonderful words about Grandmother❤️

Marilyn Lanfear was a great Texas Women Artist. She had a remarkable life and career as a artist and mother. She will be missed.