Over the past couple years, I’ve read thousands of press releases sent to Glasstire. Eventually, their variations on contemporary artspeak start to run together — artists, galleries, and museums tend to “explore,” ask a lot of rhetorical questions, and legitimize shows through oddly crafted or downright nonsensical biographical narratives. The following press release, composed for our imaginary ideal artist “Bobby” and his upcoming show, is made up of verbatim snippets taken from real and recent press releases. Grammatical errors, misspellings, strange spacings, etc., are, of course, [sic]. 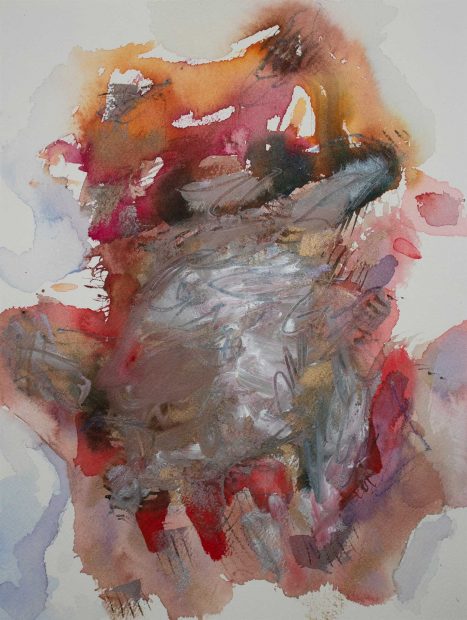 Hello my Diva friend! We want to keep you informed. My apologies for this, but  we’ve had some last minute scheduling changes.

Bobby is no stranger to solo exhibitions. Bobby has created a new series of paintings based on the ever-popular and sacred southern fare, and when in Texas, cow is king, barbecue. The resulting objects are functional adaptations, not quite fully functional products but also not quite fully art objects, they remain in a liminal state of definition. Using iconic symbols of intimate association, his gathered work is a manifestation of the familial impulse to surround one’s self with articles of attraction in order to create a buffer against present or future unpleasantries. A new deconstructed twist on the abstract style.

Marked by a relationship to the viewer and space, Bobby’s sensitivity to the body also retrace the conceptual trails Bruce Nauman first blazed. He has titled his exhibition “when I get my hands on you,” stating the ideas and subsequent work for the show “have been bouncing around in my head for quite some time.” His recent paintings seduce with sensuality of surface, the glow of gold and silver, and celebration of color. The most important thing to know about each composition, is the artist’s passion for manipulating paint. Bobby states, “You are your story.  My art tells my story.  Each of my artworks has its own agenda, its own starts and stops, its own problem-solving.  In the beginning, I am hunter-gatherer.  Later I become engineer and troubleshooter.  Finally, I am proud father, giving my gift to the world.”

“My childhood journey predisposed me against superficiality,” Bobby says. He credits a 4th Grade teacher with giving him the opportunity to work on an Egyptian mural as a turning point in his relationship with art. “I was taught to rely on ancient, substantial foundations like prayer, nature, and family. Painting is my ritual and the drive that pushes me forward in time; my evolution. I like it big and bold and in your face, bigger than life. I wish to to capture them and put them in my box of memories.” The creation process for Bobby is physical as well as meta-physical.

Bobby described this exhibition as “a very selfish show.”

Bobby is a life-long, self-taught artist and a certified aroma therapist. He is considered an up and coming artist and also starting to get his foot in the door in his native country. His preferred media ranges from illustrative drawings and paintings to anthropomorphic cat art and abstracted dot collages. His path in life has often been guided by seemingly divergent “happy accidents.” Influenced by Mark Rothko and Jackson Pollock, his paintings evoke a rich visual harmony derived from the juxtaposition of precision and randomness. About his work, he says, “My pieces deal with life itself: the people we are, what we create, our capabilities and the issues with which we deal. My premise is to lure the viewer in. Once they’re in, they will be placed in a position to reflect on and question their ethics, be it disquieting or placid.”

For the last 15 years, Bobby has won three international awards, seven grants, has been featured in more than 10 solo shows, 50 group exhibitions, 28 performances, and 20 artist residencies. He now lives in Denver, CO. where he enjoys getting lost in the city by foot and following the snake-like curvature of the highways through the majestic landscape of the Rocky Mountains.

A reception will be held for the artist on Saturday, October 1st from 7­9 pm. We welcome all our Art Family to visit us on such a special event. This isn’t your average art show, it is also a networking event! Admission is free. Refreshments will be served. Doesn’t FREE ice cream sound heavenly? But remember: don’t feed the artists. They are wild animals, and we want to keep them that way. PLEASE NOTE: Due to the nature of the subject this exhibition is intended for MATURE AUDIENCES ONLY.

My oh my. It’s happening.

Thanks to artist Melinda Laszczynski for creating her interpretation of Bobby’s art as it is described in the press release.

Bobby: The Best Show Ever!

Bobby sold out TX art to the high art scene in CO, I know this dude, he used to skateboard and he would make other kids cry if they wore knee pads or had long hair. Bobby is overrated for sure, and his hidden secret is his wife is a doctor; she funds the whole shabango and were it not for her you can bet Bobby would not paint once ever not even think about it ever. Up close, everything is in third person all the time. Bobby’s blues band was a total sham so don’t ask him about it. Now his art rules but his past is steeped in mire. In 6-7 years he will be a Walmart greeter, which will actually be a pretty rad job then.

This is funny but if you don’t write that garbage then you can kiss every show, residency, Grant goodbye!

High-Larious! Roared! Peed on myself! Shared it! Will read again when I need to pee again!