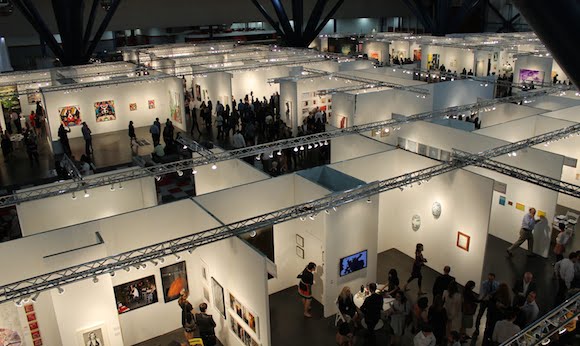 Though no official press release has gone out yet (still), the Texas Contemporary Art Fair in Houston, which opens in 15 days, has now added to its website a ‘Galleries’ section at the top, and on that list are 43 exhibitors, including ten Houston spaces (both for- and non-profit; most all familiar stalwarts of this fair). Last year there were 59 exhibitors in total.

A good smattering of New York, London, and Mexico galleries make an appearance this year as well (and this year continues the Fair’s partnership with the Department of Cultural Affairs at The Mexican Consulate in Houston). This is the fair’s sixth year, and once again it will be at the George R. Brown Convention Center, from September 29 through October 2.

This quietly appearing exhibitor information follows the press announcement only last week by the competing Houston Art Fair of its own… tight little list of exhibitors.

Alida Anderson Art Project, Washington DC, was once again a huge success at Texas Contemporary. We look forward to seeing you all next year.

Maddox Gallery was proud to take part in the TX Contemporary Art Fair, with fantastic works on view by artists; Bran Symondson, Bradly Theodore, Massimo Agostinelli, Retna & Finn Stone. Thank you and see you next year!