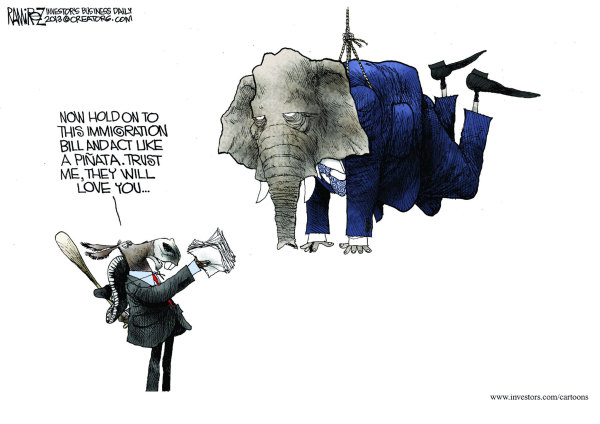 On Thursday October 2 at 8 p.m., one of the most celebrated political cartoonists of our time will speak at SMU’s Bob Hope Theater, as part of the Sammons Lecture Series and the Division of Journalism at SMU’s Meadows School of the Arts.

Ramirez Has won two Pulitzer Prizes for his sharp, dark cartoons, which have appeared in just about every major paper and magazine including (though certainly not limited to) The New York Times, The Washington Post, New York Post, Time Magazine, National Review and Los Angeles Times. He’s was a frequent on-air contributor and commentator on News Hour with Jim Lehrer. And he’s won every prestigious journalism award out there.

This is an installment of the annual Rosine Smith Sammons Lecture in Media Ethics. It is free and open to the public. For more info, go here.