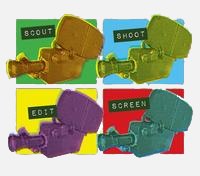 The San Antonio Department for Culture and Creative Development has announced its annual film competition, the Neighborhood Film Project 4 (NFP4), asking filmmakers to highlight one of four neighborhoods as seen on saculturaltours.com featuring the River North, Eastside, Westside, and the Southside.

Established in 2009 to tell the stories of the city and enhance the local filmmaking community, the contest, Organized by the San Antonio Film Commission for the DCCD, the NFP4 is “devoted to telling the story of the people, places, and shared experiences that make San Antonio a vibrant and celebrated city for residents and visitors.”

A new feature in this year’s competition is aimed at involving more students, first-time filmmakers, and busy professionals, who may not have the time or resources to produce a short narrative film on spec: in the “My Favorite Spot” category, contestants make 30 second commercial-style “spots” about La Villita, Market Square, or the Spanish Governor’s Palace, with a $1500 award for the winner.

Also new this year is online registration. This year, participants are asked to formally register with the SA Film Commission, ensuring that more local filmmakers use the Commission’s services, and allowing the Commission to assign each contestant a neighborhood to film.  Registration opened on February 4, and closes at midnight April 1.  The deadline for all completed film submissions is Wednesday, May 1, 2013 at 3:00 p.m.   A screening and awards ceremony is scheduled for June 8th, location TBA.