2012 saw a slew of portraits of the late Governor Ann Richards in various media—film, print, on the stage. A lot of youngsters might have forgotten about her or unfortunately haven’t heard of her, but these portraits put her and Texas liberalism (a seemingly long forgotten era) back on the national map.

Richards, who served as Texas governor from 1991 to 1995, is often described as quick-witted, outspoken and candid. In 1988 she delivered the keynote address for the Democratic National Convention in Atlanta, in which she famously described the syntax-challenged Republican presidential nominee, George H.W. Bush, this way: “Poor George. He can’t help it. He was born with a silver foot in his mouth.” This keynote address at the Democratic National Convention was one of Ann Richards’ defining moments. At this time, Richards was Texas state treasurer; two years later, she would be elected governor, only the second woman ever to hold that post. 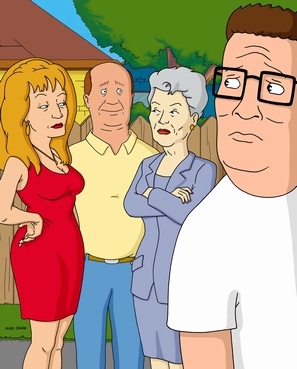 Richards on “King of the Hill” episode

Recent portraits of Richards are re-emerging, both in Texas and nationally, and reconfiguring folks’ visual imagination of Texans. Considering it’s been over six years since Richards’ death and nearly two decades since her term as governor, one has to ponder her impact and legacy. In the land of Texas politics, recent years have framed a different kind of leadership colored by nearly two decades of conservatism, including the twelve years of Rick Perry and four of George W. Bush as governor. It’s almost unfathomable to visualize a Texas governor who fought hard against special interests, who was not only a Democrat but a progressive, and a popular one at that…and a grandmother, a former housewife and a recovering alcoholic.

“People are starving for Ann Richards. Somebody who is outspoken, stands up for people, says some things that kind of shoot herself in the foot sometimes, but she was there and her love for the people was foremost. A lot of people look at politicians, and Ann Richards was a public servant. She was there to serve the public, not to serve her own political tenure, not to serve her lobbyists, not to serve her special interests. She cared about people,” states Keith Patterson, filmmaker of “Ann Richards’ Texas.” The film, which debuted in 2012, is a documentary on Richards featuring interviews with President Clinton, Dolly Parton, Dan Rather, Tom Brokaw, Lily Tomlin, Jesse Jackson and Michael Dukakis. 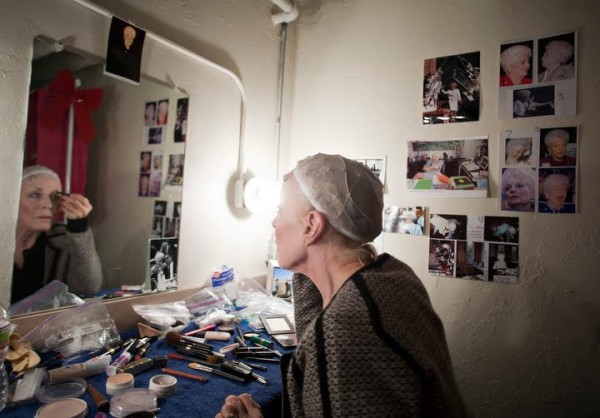 Holland Taylor fixes her eyebrows as she prepares for a play that she wrote and stars in as the former Texas Gov. Ann Richards in San Antonio, Texas

Last October, the University of Texas Press published “Let the People In: The Life and Times of Ann Richards,” a biography by Jan Reid, a friend of the former governor. And “Ann,” a one-woman play about Richards, written by and starring Holland Taylor (“Two and a Half Men”), was on Broadway last year. Taylor wrote the play as a way to take the audience on a journey, swirling together the past and present to reunite Ann Richards with old friends and introduce her to a new generation.

“Some observers say the reason Ms. Richards is suddenly looming so large in the culture, nearly six years after her death, and almost two decades since her political career ended, may have more to do with personality than partisanship. Her straight-from-the-hip, larger-than-life style has proven increasingly hard for politicians to replicate in an era of micro-targeting, ‘super-PACs’  and endless mudslinging.” – New York Times A friend sent me the link to this column which states a real truth: Ann’s place in the zeitgeist is emerging strongly.
I do want to note, however, that the play, ANN, is just coming TO Broadway now. We began offering teh play in Galveston, in 2010…then San Antonio, Austin, Chicago, and, last winter, we had a big run at the Kennedy Center. Now we are about to begin our run at New York’s Lincoln Center. And that will be the 2013 Broadway presence of Ann Richards. She loved going to a Broadway show, and now she’s the top of the bill.

You can get a copy of Viva Terlingua! by Jerry Jeff Walker (RCA, 1973) and see Ann Richards in the group photo of Luckenbach partiers who were present for the recording of that seminal “Outlaw Country” record.