The windows at 3700 Main Street in Houston have been getting interesting. I live above this building and have grown increasingly curious about the project as I’ve watched the windows fill up with artwork. 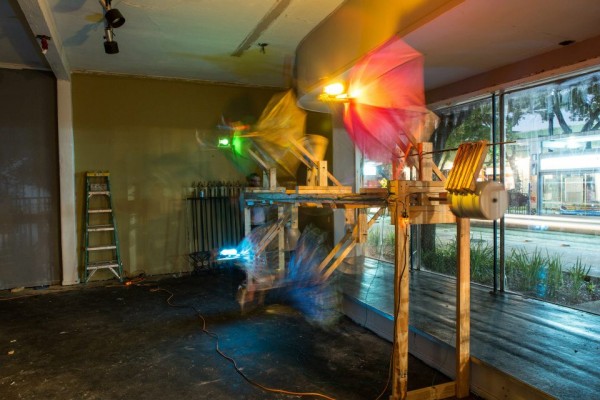 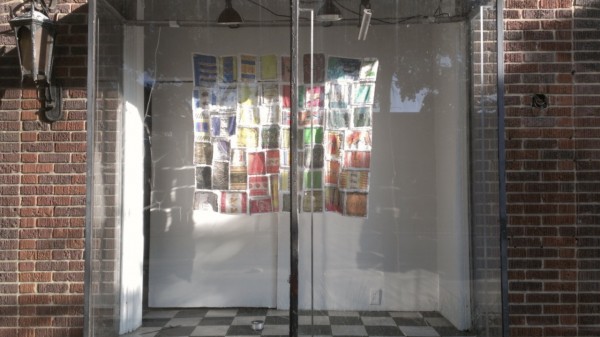 The Ensemble of the Memories of Time Past by Rosine Kouamen 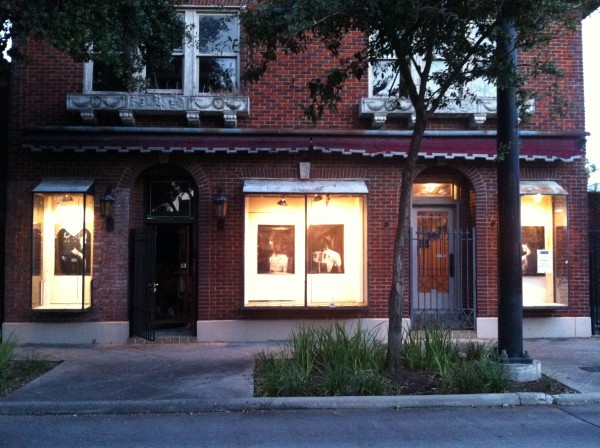 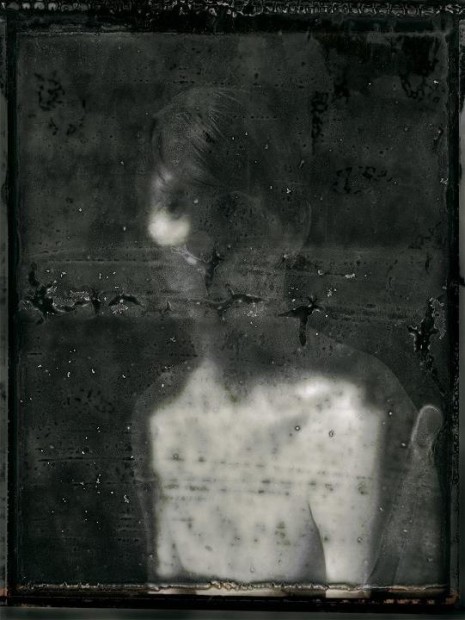 As I walk to and from my apartment I’ve been witness to photographs by Galina Kurlat, a sculpture by exurb,  and interesting quilts made of safety pins and candy wrappers by Rosine Kouamen.

But, this past installation by Anna-Elise Johnson really got me to pay attention. It was the first installation I was able to see in its full glory on opening night that really took “site-specific” seriously. 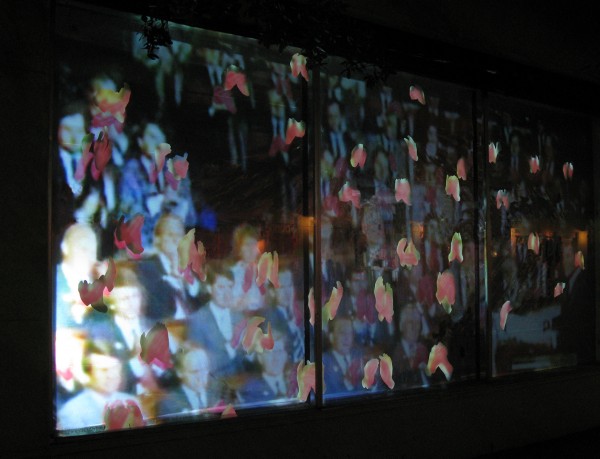 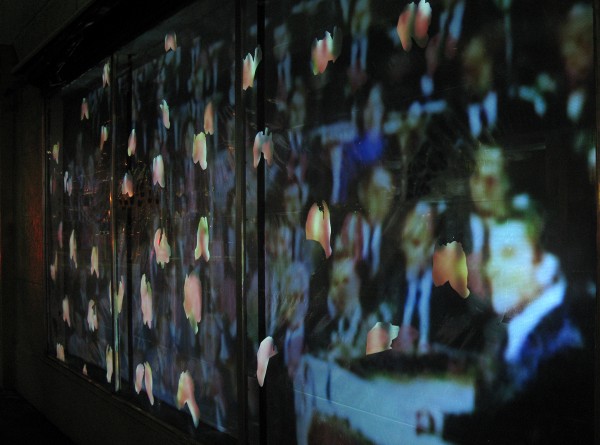 Because of security the video only played for the opening night, but before and after the hand silhouettes remain on the glass. They are interesting by themselves as abstract shapes between birds and sign language.

“Main Street Projects is an alternative venue for site-specific installation featuring local, national and international artists.” It is run by Galina Kurlat and Rahul Mitra, Theresa Escobedo, and Brandon Dimit with the support of building owners Bob and Lane Shultz and Pete Gordon.

This part of midtown is up and coming. Pete has talked to me about its history and evolution over time. In just a few blocks there are music venues, musician residences, a barber and record shop, a tango studio, tacos, Double Trouble and Natachee’s. With Diverseworks moving right down the block and the light rail stop just outside, it’s becoming quite the art hub. Officially designated as an Arts District, Midtown bills itself as a hot spot of creative activity. The block is notable as the historic home of the original Alley Theatre, the current home of the Ensemble Theatre, and possibly the future site of an artsy boutique hotel. To promote local businesses this stretch hosts Mid Main First Thursdays, block parties that benefit various non-profits and also serve as the opening nights for Main Street Projects’ window shows. 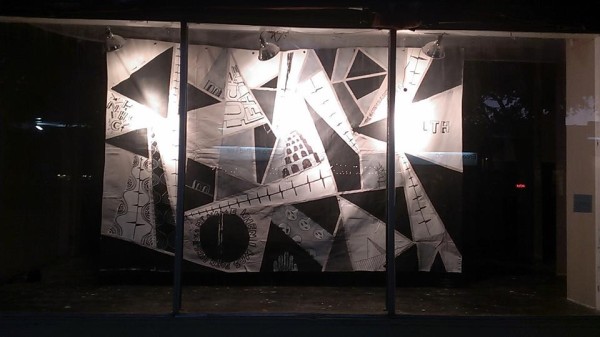 Main Street Projects’ curators are concerned with giving emerging and independent Houston artists visibility outside of institutions. Rahul Mitra describes the  assets of showing work in a highly visible but protected space. I asked him about more durational work that evolves over time and he said they’d be happy to host it if someone proposes. He emphasized the fact that the work should be specific to the windows.

Here is the schedule for the next few months:

In the summer the curators plan to make an open call. 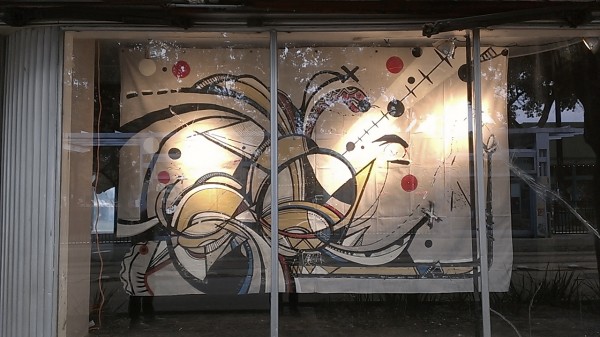 Thanks for the heads up on a new art space. Does Main Street Projects have a website? I want to attend the next opening.