Some say that Black History month no longer needs to be celebrated. The belief is that these marginalized histories can be framed beyond the margins and understood within larger conversations of American history, and most importantly celebrated throughout the year not simply for one month. Maybe this is also the case with Black arts, maybe not. On this last day of Black History month, the Black Arts Movement (BAM) comes to mind, specifically AfriCOBRA (African Commune of Bad Relevant Artists). Let’s remember them: Jeff Donaldson, Gerald Williams, Wadsworth Jarrell, Elaine Jae Jarrell,  and Barbara Jones-Hogu. 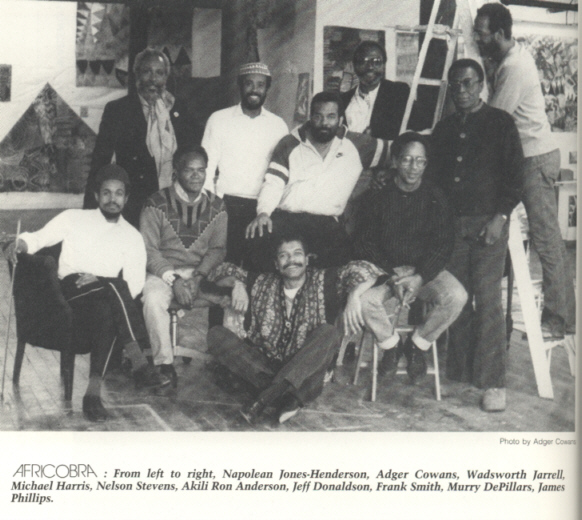 In Chicago 1968, this group of artists came together and began to define a uniquely black aesthetic in visual arts. AfriCOBRA aimed to capture aspects of “blackness” and that of African-American consciousness, as developed through activism in the Civil Rights movement and more specifically the Black Arts Movement. The seed of what would become the AfriCOBRA collective was planted at the “Wall of Respect,” a mural on a Chicago building that depicted black heroes and leaders. The wall became both a meeting place and the community’s visual affirmation of African American cultural, intellectual and political heritage. “We came to the realization that there was not the existence of a consistent, unequivocal, uniquely Black aesthetic in visual arts as there was in other disciplines, notably music and dance.” Gerald Williams 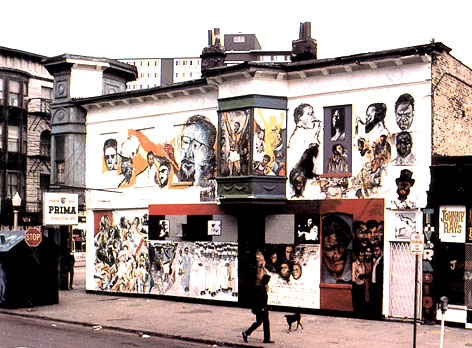 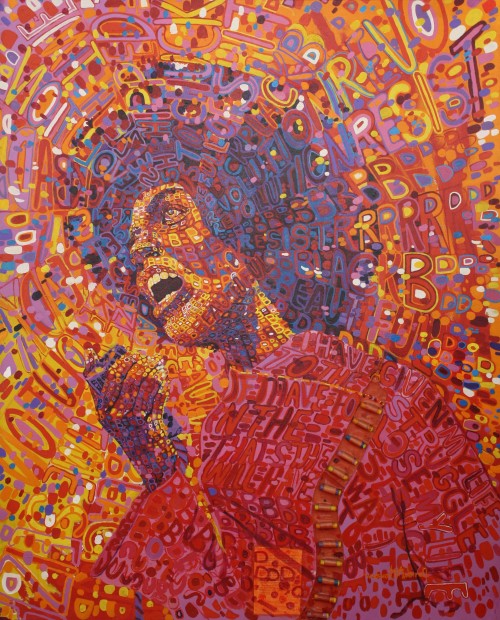 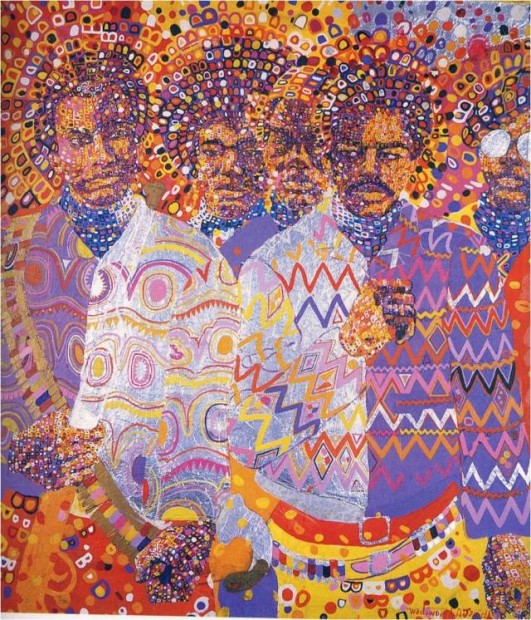 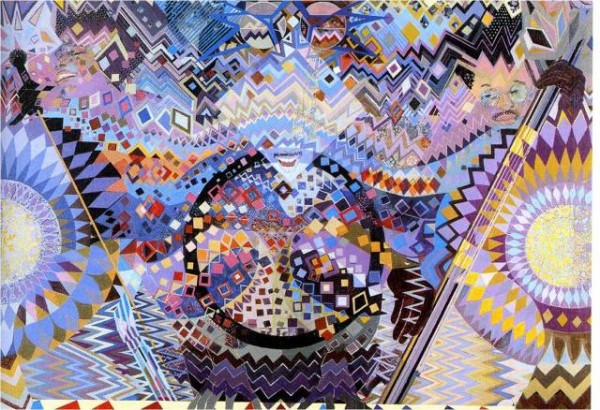