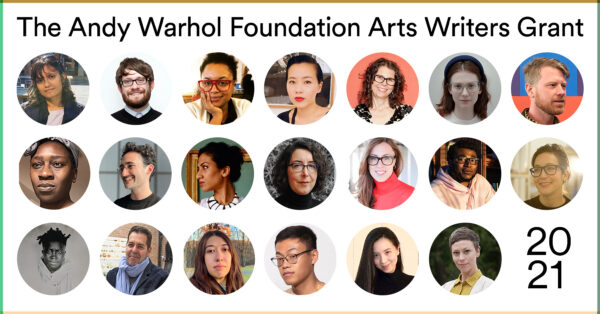 Dr. Erina Duganne, who is professor of art history at Texas State University in San Marcos, has been named a recipient of the Andy Warhol Foundation Arts Writers Grant. The grant, administered by Creative Capital, is awarded annually to writers addressing issues in contemporary art. In the 2021 cycle, a total of $695,000 was given to 20 writers in amounts ranging from $15,000 to $50,000 each. Dr. Duganne was awarded for Visual Solidarities: Art, Activism, and Central America, a book which, according to a press release from the Warhol Foundation,

will look at Artists Call Against U.S. Intervention in Central America, a short-lived activist campaign initiated in 1983. Though most of the art works made for Artists Call are now either lost or destroyed and its activism largely forgotten, its efforts to forge transnational solidarity with Central America is deeply relevant today.

At Texas State, Dr. Duganne teaches courses on modern and contemporary art, photography, and visual culture. Much of her research is centered on what she calls “visual solidarities” in Central American art. According to her website, “her current research project explores intersections between aesthetic experiences and activist practices in the 1980s.” She is interested in the possibilities and limitations of these movements as models for activism today.

Currently, Dr. Duganne is co-curating an exhibition based on this research with Abigail Satinsky for the Tufts University Arts Galleries. That exhibit, titled Art for Future: Artists Call and Central American Solidarities, will open in January 2022 and be accompanied by an illustrated catalogue published by the Los Angeles-based Inventory Press. Dr. Duganne is also the co-author of Global Photography: A Critical History, a book which provides historical context to international contemporary photography.