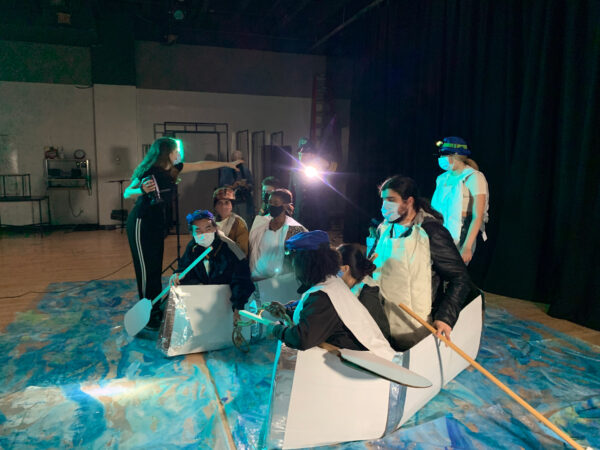 Titanic, the 1997 blockbuster film directed by James Cameron, is getting a remake. U.S. and Chilean-based artist Claudia Bitrán has been re-creating the film, scene by scene, since 2014, with more than 600 participants across 19 cities between the U.S., Chile and Mexico. On April 26, another scene was filmed in the basement of Southern Methodist University in Dallas, with assistance from students studying in a variety of departments. I visited the set.

Cardboard lifeboats and plastic sheets that evoke water were splayed across the floor of one of the school’s dance and performance rehearsal spaces, and dim lighting completed the mood. Bitrán, a graduate of RISD, directed students with help from SMU Visiting Lecturer in Sculpture (and Sweet Pass Sculpture Park co-founder) Tamara Johnson. 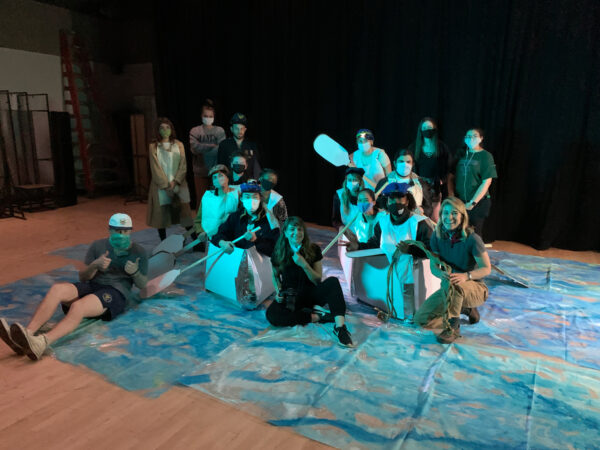 Bitrán’s rendition of Titanic is a collection of film shoots that must be delegated on a case-by-case basis, as the project is inherently transient, often relying on donations of time and space to recreate the iconic film. As an artwork, the runtime of the piece is longer than the film itself, and it lives in exhibitions that take place as it is being produced. Various shoots from the duration of the project are well-documented on Bitrán’s  website, and scenes are made available for online viewing periodically.

This and That: Jonathan Schipper & The Titanic

This was a Sweet Pass Sculpture Park sponsored project, and included several other shoots in Dallas, and will be screened at Sweet Pass beginning at the end of May. Thanks for the write up.