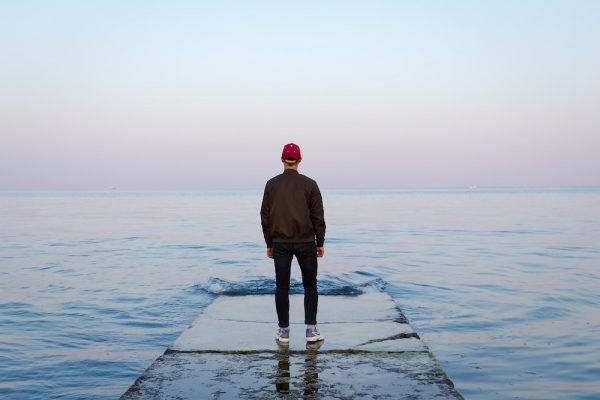 Ed note: The following is the first installment in a series by Dan Workman on creative people and their mental health. This article was originally published in a slightly different form on the professional practice website Houston Therapy.

Almost every creative person I’ve worked with has reported having used their creative superpowers as a coping mechanism to deal with emotional stress. This is not necessarily a bad thing, and can be deeply satisfying. It can also result in some good art.

Taken to extremes, this manner of coping can sometimes hinder creativity, or become a maladaptive, destructive process. When a creative person faces mental health challenges, it may be tempting to hide out in the creative space, which can lead to social and emotional isolation that does not serve the creator or the creation.

I’ve often thought of creativity as a force — something that inspires and informs new work. But there can be an unhealthy manifestation of creativity: lingering in the creative process solely for the emotional relief of indulging in the process. I imagine this as ‘being pulled forward’ by the creative process to avoid uncomfortable or toxic feelings. This is a creative compulsion.

Under the influence of the creative compulsion, the motive is no longer to communicate through the product of our work. Instead, the work becomes a place to hide out, using the body’s endorphins released while creating as a way to dampen or escape feelings. Finishing the work becomes secondary to avoiding unpleasant feelings or situations.

Ultimately, the repressed negative emotions have to be processed, usually with the additional complication of being made worse by denial or delay. A crisis may force an end to creative compulsion. Our creative superpowers become complicit to the problem, hijacked to serve a maladaptive compensatory behavior.

For those who have experienced this, there is good news: the same mechanism that grants us creative inspiration — our inner narrative — can also be a mechanism for ending creative compulsion and avoiding this trap. By examining our process and the story we attach to it, we are allowed to apply insight and understanding into what a creative person does best: forming a new, healthier story about what may have happened, and how one might avoid it in the future.

Reclaiming or rebooting one’s creative process is probably a familiar cycle for most creatives. Grounding out a negative creative loop can be deeply satisfying, lead to new creative insights, and give us an appropriate feeling of collaborative power with our muse.

Dan Workman is a Houston-based psychotherapist. He’s a Trauma Fellow trained at the University of Houston, and has 20 years’ experience working in the recovery community. He’s also had a 29-year career as a recording engineer and producer, working on platinum records and Grammy-winning performances. Workman specializes in clients who self-identify as being creative; such clients have an additional layer of complexity to their personality and their ability to organize their world.

Therapy for Creatives: “So, Why Am I Doing...

Therapy for Creatives: The Myth of the Broken...