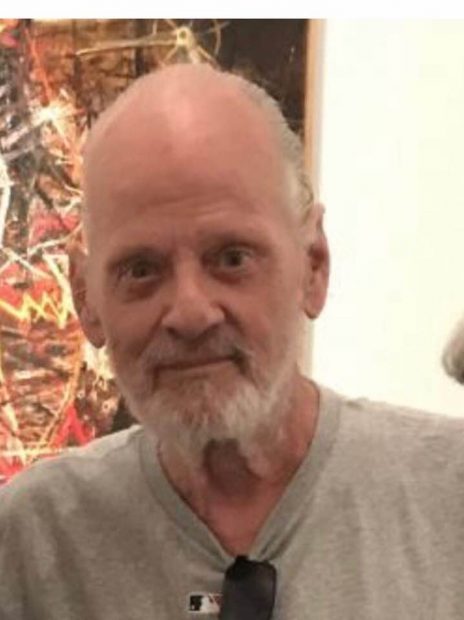 House was a Houston fixture for decades, and as both artist and teacher, touched nearly every corner of Houston’s art scene and influenced many young artists in Houston and beyond.

House was born in Orange, Texas in 1943. He received his MFA from California College of Arts and Crafts in Oakland in 1971, and taught at Cal State in Bakersfield until the mid-1970s, when he returned to Houston.

Over the span of his career he showed with some of the most historically notable galleries in Houston, including William Graham, Davis/McClain, Barbara Davis, Inman, McMurtrey, and d. m. allison Gallery. In recent years he was represented by Deborah Colton Gallery in Houston.

As Houston’s art scene was coming of age, House was one of the early pioneers of abstraction… . Perry House’s works are included in the collection of the Houston Museum of Fine Arts… he also received an NEA fellowship award in 1990, had an important solo exhibition at Diverse Works in 2000 and in 2004 a solo at the Galveston Arts Center which was curated by Clint Willour. Perry House retired from Houston Community College after 30 years of teaching and continued painting full time until his passing.

House claimed he took his first art class at Texas Academy of Art in 1963. In a lively discussion and studio visit with Houstonion Robert Boyd for Boyd’s website, the Great God Pan Is Dead, House is quoted:

Teaching was necessary. Perry did not have the personality to act available and kiss up to collectors. “I had no ability to aggressively chase money so I had to teach. Playing up to collectors can feel awful, the things we have to do to sell paintings can be nasty business.” 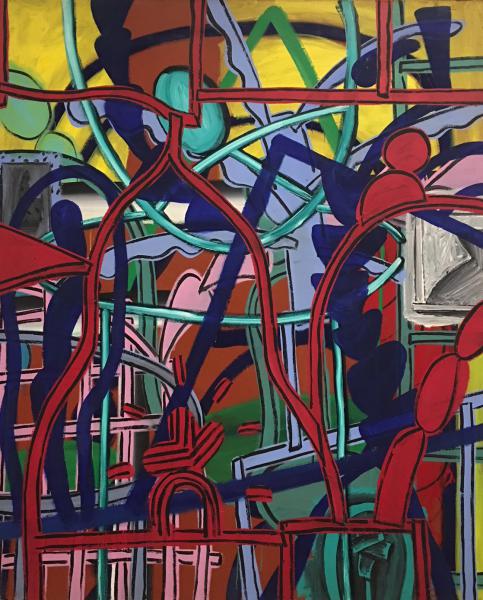 Via the Dallas Museum of Art’s website Art Flow, House is quoted:

“My art has always been about some particular opposites. Elegance and violence, humor and horror, the sacred and the profane. Things are sectioned, distorted and exploded. That’s been my artist’s statement as long as I can remember. I have it tacked to the wall. I’m drawing a picture in my mind of what’s on your mind. I’m a little confused in my mind, but your mind is coming in clear as hell.”

A memorial for Perry House will take place at Deborah Colton Gallery in Houston on Saturday, August 17 from 5:00 to 8:30 pm, with remarks at 6:30. On that date the gallery will be fully dedicated to honoring House and will feature his work, plus videos and remembrances about his life. All are welcome. 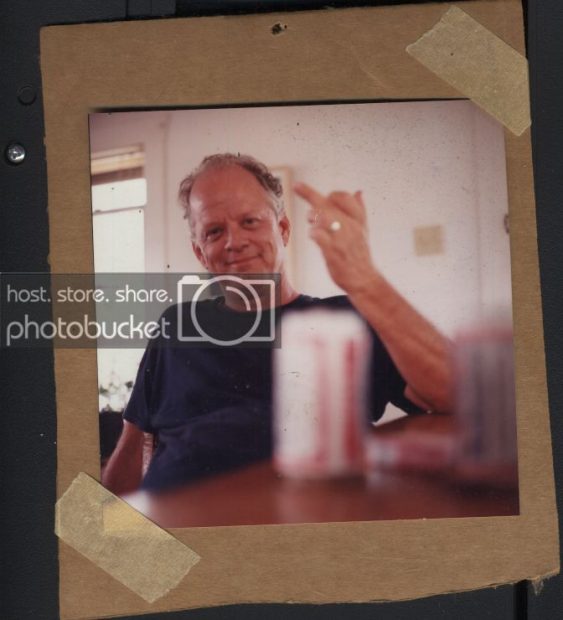 The quote from House was on my blob, The Great God Pan Is Dead, but the post was written by Virginia Billeaud Anderson. (http://www.thegreatgodpanisdead.com/2012/05/studio-visit-perry-house.html)

When I worked at HCCC, prior to the beginning of each semester we had orientation meetings that we were obligated to attend. Often I would find myself sitting next to Perry who would talk, laugh, draw, and generally cut up the entire meeting, which was perfect and infinitely more entertaining and informative than what ever they were trying to tell us. He was a down to earth, crusty, salty mouth guy and you just couldn’t help love him. He will be sorely missed.

For many years at HCC, Perry House had a class either right before or after one of my classes in the same room, so I probably interacted with him more than any other HCC professor. He was always so warm, so charming, so friendly, and so funny. I was usually smiling or laughing after our interactions. But, what I remember most was how much his students loved him. They usually simply called him “Perry,” not Professor House or Mr. House. Many times I saw a former student’s face light up when they saw their old teacher and he greeted them with the same excitement and warmth inquiring how they were doing. He was genuinely interested in people and their stories, and so, so refreshingly unpretentious.

One of my largest inspirations in life. Perry was hugely talented with a sharp wit to go with it. I was lucky enough to reconnect years later while in Houston on business. He welcomed me into his home and we talked about all things. I know at the end his life was tough but he forged through still produced works. Rest well Perry you deserve it.

Perry House,was a friend for fourty years in Houston Heights he bantered with Dick Wray , Lucus Johnson , BobCamblin, about what they perceived art to be . I cannot help feeling they are still at it some where!

The photo that Casey took of Perry surmised their relationship. There are so many different kinds of love and Casey really loved Perry… . They were kind of like brothers, complicated and painful, joyous and contentious. Casey loved his rebellious spirit and admired his uncompromising methods. It may be Pollyanna but there was a genuine unconditional love felt between them……and we loved his paintings.

Don’t forget Perry wasn’t just a good painter but he was quite the golfer too. We really enjoyed his visits….his humor and sense of irony. We will miss him but can’t forget him.

Perry was so much fun in high school. He was on the yearbook staff and did all the funny comics in the yearbook. We called him Pete back then. I know he will be missed.

Perry was my Commercial Art instructor from 1991-94…great guy but very strict. He is missed.