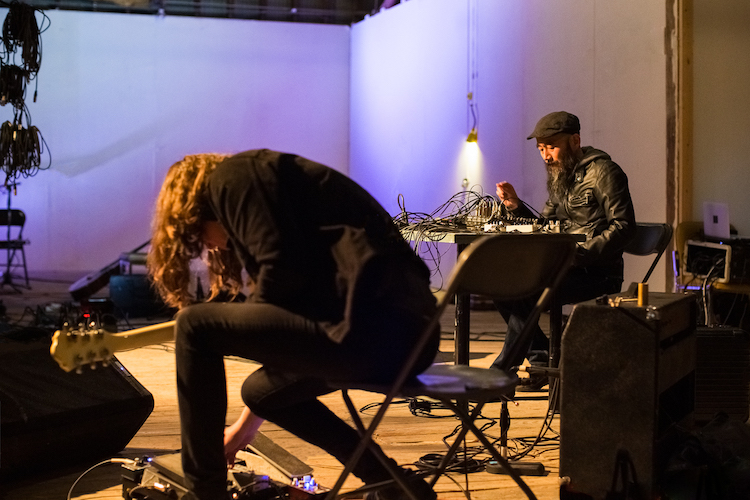 As Austin experiences its prolonged yuppie-hipster hyperboom, the city’s “weird” credentials continue to be stress tested. That’s why Austin’s annual No Idea Festival, now in its 16th year, feels like such an essential balm. Truly uncompromising and avant-garde, the sound-art and improvisational event, over three days late last month, saw large, rapturous crowds at The Museum of Human Achievement and Cloud Tree Studios.

Like poetry, performance art, and slow cinema, sound art is often parodied as being stuffy and absurd, and not without reason. It’s often a rigorous and difficult form, demanding silence and patience from the audience. You can’t really mingle during a sound-art performance of someone playing experimental double bass at an extremely low volume. 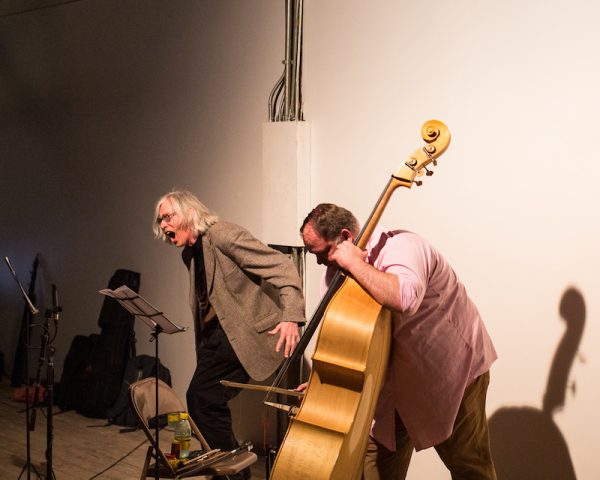 For No Idea, performers from around the country and the world perform multiple times in different collaborative configurations, giving the festival a freewheeling and communal atmosphere. On Friday evening, February 22, Werner Dafeldecker, a Berlin-based Austrian musician, performed a delicate, skeletal solo set. (Many of the musicians playing acoustic instruments in the festival treated their instruments structurally, as if they were cat burglars casing a bank vault.) Next, Toshimaru Nakamura, from Japan (pictured at top), performed no-input mixing board in collaboration with experimental percussionist Sean Meehan. The set was extremely quiet, like the natural sounds of a cavern. Nakamura’s tones appeared and receded like ripples in a pool, as Meehan whittled his cymbals until they figuratively began to smoke. Next, Jaap Blonk, a legendary experimental Dutch voice artist who performed multiple times throughout the weekend, engaged in his utterly unique form of stentorian dada, sounding like the leader of some strange cult. The final performance that night, by Bárbara Lázara, a voice artist from Mexico City, presented a memorable moment when Lázara ventured outside to make vocal sounds as the audience sat rapt and the performance continued. 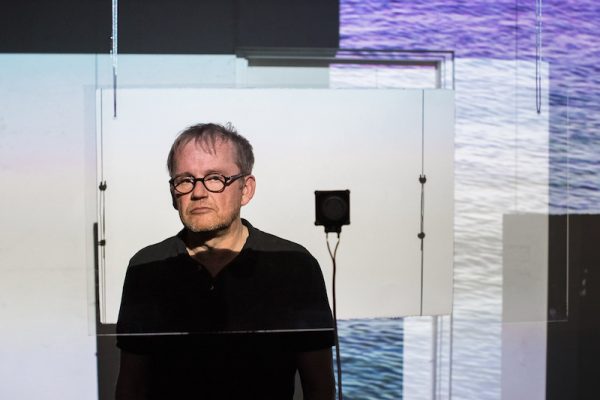 On Saturday at Cloud Tree Studios, Werner Dafeldecker’s and Lawrence English’s staggering installation Monolith ran in the back room. Created from audio and video recorded in Antarctica, Monolith is a quadrophonic, immersive experience of the best kind. Multiple screens project footage from Antarctica — drifting ice, fluttering snow, oil-black skies. In the audio, the wind howls and the ice crackles, backed by an ineffable low drone. The overall effect is simultaneously dread-inducing and gorgeous — the awe inspired by nature commingling with the sensory evidence of its destruction at the hands of humans.

The Massachusetts-based Wendy Eisenberg then performed a solo set on the banjo, turning the canonically folky instrument into a creepy ASMR glissando that could have been a new score for Takashi Miike’s nightmare classic Audition.

Next, in perhaps the highlight of the weekend, the great Tom Carter (of the duo Charalambides) performed a haunting set on solo electric guitar. Carter’s sound evokes Ry Cooder, and the sadly departed Mark Hollis of Talk Talk, and the late works of John Fahey, and he plays guitar with the yearning melancholy of the sun setting over a desert, a sea, some Adriatic ruins. In fact, throughout the weekend, No Idea’s performances touched the eternal — a liturgical vibe that felt holy in this era of relentless detritus.

Saturday night the performances came out of the bag, so to speak. Out with the glacial, subdued experiments in electro-acoustics, and in with volcanic, molten improvisation. First was Wendy Eisenberg (this time on electric guitar), double-bass legend Damon Smith, and drummer Stefan Gonzalez. “Free Jazz/Improvisation” is a genre I feel (very strongly) needs to be experienced live — on record it often feels impossibly frenzied, but live, it’s like the silvery scales of skipjack glinting in the sun.

Next, Valerio Tricoli and Dafeldecker collaborated on a booming, echoing set of laptop and reel-to-reel tape recorders. Sounding like a nuclear spring uncoiled in a bomb shelter, the performance was both thrilling and soothingly rhythmic.

Throughout the weekend, I found myself consistently lifted by the uncompromising performances, the community of the audiences, and how everyone was light enough to laugh occasionally. In these troubling times, No Idea did far more than provide a distraction. It restored faith — it gave me, well… ideas.

No Idea Festival Returns to Austin this Week

Austin Has OUTsiders and No Idea!