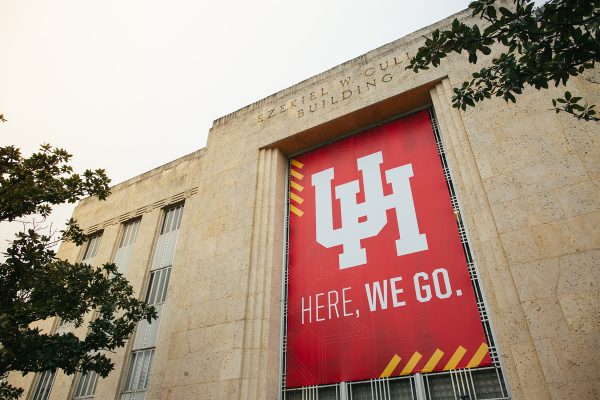 The University of Houston College of Liberal Arts and Social Sciences (CLASS) has received an anonymous gift of $4 million for its creative writing program, along with other initiatives. Antonio D. Tillis, dean of CLASS and M.D. Anderson Professor in Hispanic Studies, says:“This gift matters because it provides support for key strategic initiatives in CLASS, surrounding student success, faculty success and community engagement. Numerous academic departments/programs, especially creative writing, will benefit from this generous gift.”

This latest donation will add to UH’s “Here We Go” Campaign — an ambitious, billion-dollar fundraising action, and the first major drive in 25 years — with a particular emphasis on liberal arts. UH has made a concerted effort recently to emphasize and elevate arts and culture as a central pillar to the university’s mission. A July letter from the university president, Renu Khator, includes this statement: “At the most basic level, the arts — and, by extension, art education — obviously matter for their economic impact but, even more importantly, they matter for their inherent power to fuel a community’s passion and sustain its cultural identity. It is not an exaggeration to say that they change people’s lives for the better, that they change society for the better.”

In August, UH appointed María C. Gaztambide as director and chief curator of its public art program. UH’s public art collection includes over 700 works, and Gatzambide has stated a commitment to expanding the reach and impact of the program: “As the UH system-wide public art collection turns 50, I look forward to spearheading its transformation into a program that will build on that legacy through strategic collection stewardship, increased public outreach and engagement and new temporary public art installations.”