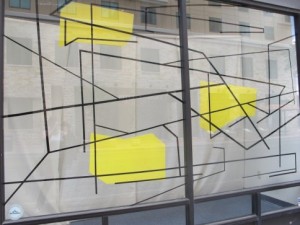 As reported by the San Antonio Express-News, some of Barrientos’ artworks have been stolen in advance of tonight’s opening. About 10 of his 15 wooden bird cutouts that were attached to grates on the old Solo Serve building had disappeared after they had been up only a few days.

“I guess it’s just ironic, I was trying to create a connection between man and nature and they just proved my point,” Barrientos said. “Humans are constantly disrupting animals and their environment.” Barrientos is making new birds in time for tonight’s opening reception. 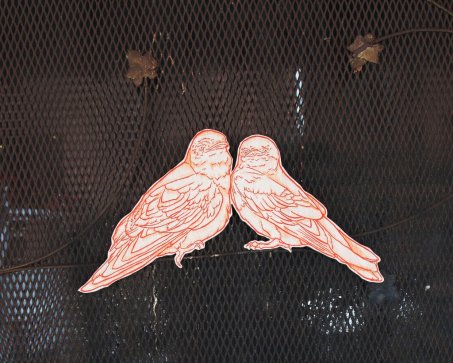 One of Julio Barrientos’s bird cutouts, at 114 Soledad St.

San Antonio and El Paso are Looking for...

Art as Anesthesia: Schlesinger’s “Along Here and There”...