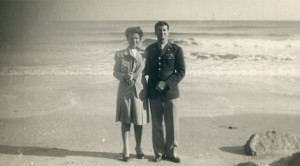 There have been a number of memorials to George Phydias Mitchell since he died on July 26 at the age of 94. Tomorrow evening, August 8 at 7:30 pm, the Cynthia Woods Mitchell Pavilion (also known as The Woodlands Center) will offer another big tribute, featuring a Houston Symphony performance.

The billionaire wildcatter, fracking pioneer (and avid sustainability advocate), and real estate developer (he formed the planned community The Woodlands and led the Galveston renaissance of the 1980s) is best known in the arts community for the creation of the Cynthia Woods Mitchell Center for the Arts, established in honor of Mitchell’s wife.

The Mitchell Center forms an alliance among five departments at the University of Houston: the School of Art, Moores School of Music, School of Theatre & Dance, Creative Writing Program, and Blaffer Art Museum. Formed in late 2003, the Mitchell Center has presented an impressive number of public collaborative arts events, residencies, commissions, and scholarships. In 2008, the Center launched the Interdisciplinary Arts Minor and this year will mark the inauguration of the Arts Leadership Master’s Program.