by Paula Newton May 25, 2013
FacebookTwitterEmail 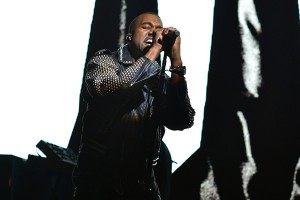 Kanye West fans showed up at the Rothko Chapel Friday evening expecting to see a projection of the superstar rapper’s “New Slaves” video, but HPD pulled several cars onto the grass, flashed lights and sirens and threatened the fans with arrest for trespassing, according to a Houston Chronicle article. The other two planned Houston screenings were cancelled as well. The Houston Central Library claimed “technical difficulties” and, at the Bush Memorial, crowds dispersed after the sprinkler system was turned on and the video never played.

West debuted the song last week with video projections on the facades of 66 iconic buildings across the world. He announced a series of new locations via Twitter on Friday, including the three Houston sites. West has since updated the interactive map on his website with upcoming locations in Europe and North America.

Feelings may have changed since this 2010 tweet. Courtesy Art Market Monitor.